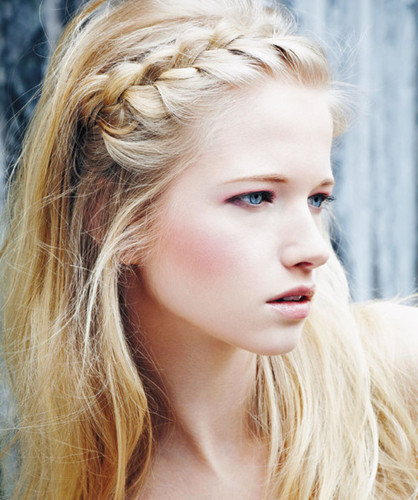 Written Description:
Hair Color: Pale Blonde
Eye Color: Ice Blue
Skin Tone: Pale
Body Shape: Very Slim, Straight
Height: 177cm
Weight: 45kg
Pitch of voice: slightly higher than average, but quite clear and quiet.
Other: she has scars and bruises all down her back, who have healed slower and slower as time went on; basically meaning her back is just a blur of colour. She never smiles, making her quite serious. She has more subtle scars down her arms

Personality: Hope is very quiet and serious, never laughing and hardly talking unless she has to. She finds it hard to socialise and despises herself. A lot. She's very observent and that's one of the reasons for her self-hatred; she can see the good qualities of others and reprimands herself for not having them. People may think of this as selfish but she's so far gone that she doesn't care. She's got to the point where she's almost given up; there's no one age can trust and turn to fit help and she doesn't want to try. Some might say she's depressed.

History: Hope's real name is Alexandra Flair, but her mum called her Hope because she saw her as the one thing she had left. Hope's dad is Charles Flair, no one important, just another Abnegation. But to Hope and her mum, he is hell. Ever since she was old enough to remember he beat them; but there would be reasons and Hope believed him, which is one of the things which lead to her depression. Then one day things got bad, really bad, and he killed her mum. One minute she was there, defending Hope, and the next she was on the ground. Dead. Hope was 7. Ever since then she called herself Alexandra and was the main subject of many Dauntless bullies. Her dad still beat her and she starts to think that since it wasn't just him, maybe there was something wrong with her. So she started to self-harm. Most of the time she used his razor: zigzagging lines up and down her arms. The anorexia started when she was 13.

Other: Hope wants to go to dauntless to show the bullies that she's not as weak as they think, and to hopefully escape society.