Mod
This area doubles as a sort of detention "wing", where Nyx may turn the students into stone for a given amount of time, and when they return they generally must find their own way to an exit. 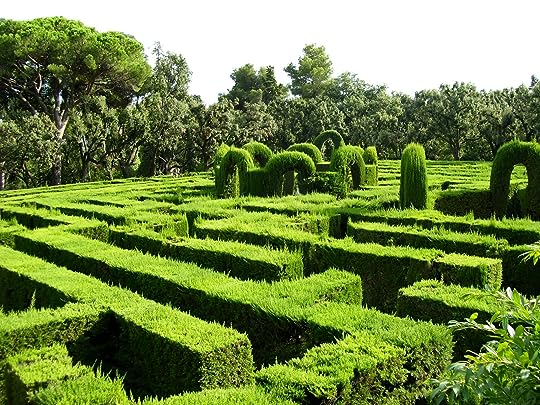 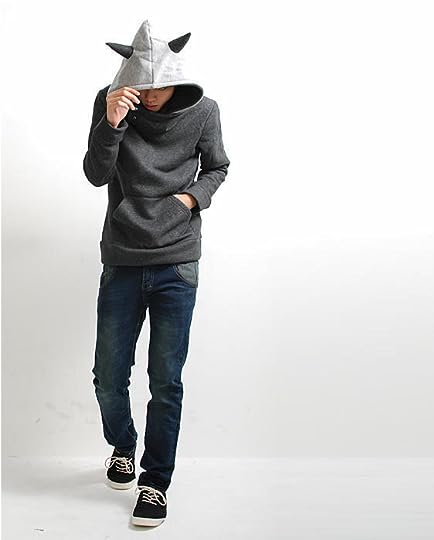 (hide spoiler)]
Kuro still hadn't gone up to the school, he'd spent most of the morning trying to find Hikari, who had run off the moment they got onto school grounds. After spending at least two hours searching the areas by the outer walls of the grounds Kuro made his way to the one place where his cuddly friend had gotten lost multiple times the previous year, and unfortunetely for him he had too.

"Hikari-chan?!" Kuro exclaimed loudly upon entering the maze, he was greatful that it would be a while before he started running into the creepy statues that the littered the hedges, some were humanoid, others were definitely not, but every single on of them seemed way too lifelike. He tucked a lock of his messy brown hair behind his ear and straightened his hood agasint the back of his neck before yelling out for Hikari again. 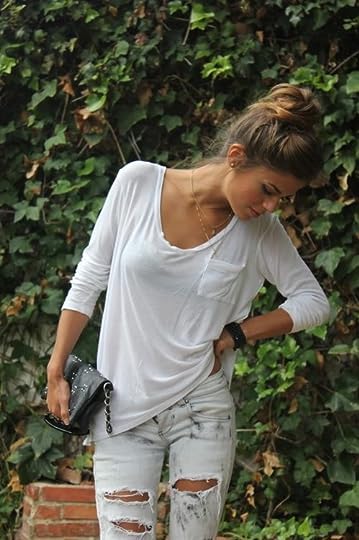 [Minis the purse in the background. Adrian doesn't use purses] (hide spoiler)]

Adrian, having just left the forest, made her way to what looked like another level of the school grounds. Inwardly sighing she continued forward not wanting to admit the fact that she was lost. Hours had gone by without any sign of life and the whole school just seemed like one giant circle. It didn't make sense why such a big school wouldn't have guards or something to help those who got lost.

As the new section came closer, hoping this would be the way to the school, she turned and hit a dead end. What is this place? As she looked closer at the walls things began to clear up and she saw what she had missed earlier, that it was a maze. Not only that, but she had gotten herself stuck inside. She tried to fight off the oncoming panic but it was to much. Running was the only thing she could think to do now. With tears streaming down her face she took off praying she would find her way out.

Mod
Hearing a loud barking somewhere ahead of him Kuro sped up, placing his right hand on the hedge beside him to keep from losing his way. He muttered something in Japanese as he turned a couple corners and watched the air around a rather large invisible being bristle. Looking past, or through, what he assumed was Hikari he saw a girl trampling down the center of the pathway he was on, crying for some unknown reason. "Hey!" he exclaimed, trying to get her to stop before she hit the unseen canine in front of her. "Stop!" he heard Hikari bark again and pushed around her, though it was somewhat difficult since she was the almost the same size as the path.

Mod
Seeing a boy she skidded to a sudden stop. Someone was out here! "Oh thank heavens," She tried to say but she couldn't quite form the words. Her lungs felt like they were going to implode from the exertion she had forced on her body. Everything seemed to blur for a second and she did everything she could not to fall over. "S-s-sorry," She managed to get out throw deep breaths.

Mod
As the girl skidded to a stop in front of him Kuro pushed his hands out to hold her steady. Pulling his hands back awkwardly as soon as he knew she wasn't going to fall down he slipped them into his hoodie pocket. "Uh- Are you lost?" he asked, but his words were drowned out by the low growl from Hikari, who was still standing behind him in her large invisible form. "Eh Hikari-chan, shut it." she gave a dramatic whine and he felt a slight breeze and she changed size and bounced out from behind his legs, rolling over when he bent down to scoop her tiny form up.

Mod
"Is that your dog?" She asked. Adrian had always wanted a dog but her mom had never agreed to it. Her breathing was finally becoming steady and she could think more clearly now that she wasn't running at full speed to nowhere in particular. "Yes, I have been lost for hours and I was afraid that no one would ever find me." I thought I was going to die out here and no one would ever be able to find my body to tell my mother. She new she was being dramatic but she couldn't help it.

Mod
Hours? How long had she been out here? Did anyone else know that they could just put their right hand against the side and leave it there, then follow the wall until they made it out? Maybe not, though it seemed like something fairly important to learn. He held Hikari in one arm and slipped the other one back into his hoodie pocket. "Uh- Yea, this is Hikari." His Japanese accent slid through his words as toed the grass below him absently. "Well I guess I found you, do you want help out of here? I mean, Hikari-chan gets lost in here all the time and I have to find her." The dog yipped excitedly each time she heard her name, her little legs dangling playfully over his arm.

Mod
Relief flooded Adrian and she sank to the ground. She was so tired from roaming the school grounds. "Thanks so much. That would be amazing if you could." She smiled at him. She watched the dog who seemed a little bit to excited. It was too cute for its own good. "How long have you had her?" She asked interested in the dog. This was the third dog she had ever seen and she couldn't help her curiosity. Adrian went over to the dog and reached out a hand to pet the dog. She refrained from giggling as its soft fur moved between her fingers.

Mod
Kuro thought for a few seconds, not quite sure how long he'd had Hikari. "Three years just about, she tried to eat me the first time I met her." he chuckled, watching the puppy nip playfully at the girl's hand, she couldn't do much in this form, so it was always safer to keep her like this around people. "We should probably head out, it's kind of creepy here at night, if we leave now we'll be out a good hour before it starts getting dark."

Mod
"Yes, lets do that. I do not want to be here any longer than necessary." Adrian agreed. This place was to creepy already, she couldn't imagine how it would be at night. "Just lead they way. I'm right behind you." She nodded forward to the never ending paths of grass. Adrian was in a much better mood now that she had someone that knew wear to go. Thinking back to her earlier breakdown she tried to fight off the feeling of embarrassment but hit her like a bulldozer. She kept this to herself though.

Mod
"Smart thought on that, but it won't take us too long to get out." Kuro smiled and held his left arm out for her to take as he headed off, keeping his right hand against the edge so that they wouldn't get lost. "I'm Kuro, by the way, I don't think I introduced myself before. Are you a first-year then? Or just not used to the scenery" He gave her a happy smile and flipped his hair away from his face.

Mod
Adrian took his arm and followed him making sure she watched how to get out in case she ever got lost again. "I am Adrian" She smiled, "and yes I am a first year." She gave a light hearted laugh. Obviously, she had gotten lost and totally freak. "Are you?" She asked him as she watched him flip his hair.