i have to go searching

It's fine no rush

So how did you want to do it?

That's fine with me

I honestly don't care.. We can do both if you want to

lol she is harry's twin half sister

I'll make someone up

I don't care really pick someone

that's fine I will warn you though I'm not going to be able to create my people for a bit... Well maybe...

kk and can you be Neville or draco

yay oh and i found a template for our characters

Okay well it might take me a bit.. because I have to go to work and my grandparents are going to be over

So just remind me if you see me posting somewhere else

☾ fυℓℓ иαмє ☽ Sophia rose snape/potter
﴾ nιcᴋnαмє ﴿ soph, snape, potter
мeanιng
first /pronunciation/ meaning sophia / so-FEE-ə / Means "wisdom" in Greek. This was the name of an early, probably mythical, saint who died of grief after her three daughters were martyred. Legends about her probably arose as a result of a medieval misunderstanding of the phrase Hagia Sophia "Holy Wisdom", which was the name of a large basilica in Constantinople.
middle /pronunciation/ meaning rose / ROZ / Originally a Norman form of a Germanic name, which was composed of the elements hrod "fame" and heid "kind, sort, type". The Normans introduced it to England in the forms Roese and Rohese. From an early date it was associated with the word for the fragrant flower rose (derived from Latin rosa). When the name was revived in the 19th century, it was probably with the flower in mind.
last /pronunciation/ meaning sanpe/ a hissing bersion of snaap / its the name of a town in England
potter / pot-ter / from the occupation: one who makes earthen vessels.

☾ αgє ☽ 14
﴾ ∂αtє/ρℓαcє/tιмє σf вιятн ﴿ 31 July, 1980/ godrics hollow/ 5;30?
мeanιng
zodiac /symbol (♈ ♉ ♊ ♋ ♌ ♍ ♎ ♏ ♐ ♑ ♒ ♓) / meaning leo ♌ eo is the fifth sign of the zodiac. These folks are impossible to miss, since they love being center stage. Making an impression is Job One for Leos, and when you consider their personal magnetism, you see the job is quite easy. Leos are an ambitious lot, and their strength of purpose allows them to accomplish a great deal. The fact that these folks are also creative makes their endeavors fun for them and everyone else. It's quite common to see a Leo on stage or in Hollywood, since these folks never shy away from the limelight. They are also supremely talented and have a flair for the dramatic. Warmth and enthusiasm seems to seep from every Leo pore, making these folks a pleasure to be around. They do love pleasure!

It's the Lion that symbolizes Leos, and the king (or queen) of the jungle is a most appropriate mascot, since they consider themselves the rulers of their universe (and the zodiac at that). Like Lions, Leos tend to be dignified and strong, and itÕs this sense of their power that allows them to get things done. A Leo on your team is a good thing, since Lions are eager to see their projects through to completion. Putting these folks at the helm is a good thing, too, since the Leo-born are natural leaders. They may ruffle a few feathers along the way, however, since they can also be overbearing and somewhat autocratic. This may be in keeping with the Fixed Quality assigned to this sign -- Lions are indeed opinionated and set in their ways. That said, they are well organized, idealistic and have a knack for inspiring others.

Leo is ruled by the Sun -- the center of the universe and the fuel for our being. In much the same way, Leos consider themselves indispensable and the center of the universe, and those who would tell them otherwise had better look out! Lions are outgoing, self-assured and have a tremendous zest for life. So what if the world revolves around them? There are worse role models, for sure. The Lion's enthusiasm is boundless, and along with that comes generosity of spirit and the determination to succeed. That focus may be construed as vanity and even bossiness at times, but Lions would say 'No way!' and continue along their regal path. Regardless of appearance, those born under this sign can be counted on for their loyalty and sense of honor. They are also decisive, intensely proud and wonderfully romantic.

The element associated with Leo is Fire. Everything about the Lion's personality is hot, hot, hot. Those born under this sign are fearless and strong, which may be why Lions plunge in headfirst and let the chips fall where they may. Thankfully, Leos are dignified enough not to commit too many pratfalls. It's the Lion's unswerving courage that wins so many folks over. If you need someone to lead the charge, call a Leo -- and the bigger the project, the better, since these folks love an expansive stage (and the audience that comes with it). While some would take to calling Lions status-conscious, these folks are truly warmhearted and want everyone to be happy. Hey, it's their kingdom, and happy campers make for a perfect peace. Further, it's the great gift of the Leo-born to be dynamic, forward-thinking and self-confident. These attributes certainly catch the attention of others, making Leos sought after by both friends and lovers. The Lion's charms extend to all, even to the children they dearly love. Yes, the pleasure principle is paramount to the Lion, and along those lines, Leos are great at spending money. Lions can't fathom an uncomfortable throne. Leos also enjoy trying their luck at the tables, so expect to find them living it up in Las Vegas.

Come play time, Leos are at their best. Those born under this sign enjoy fun and games both outdoors and in (and with a group), so expect to find them playing softball, hockey or a game of cards. Lions are also a natural at the gym, where they can show their stuff to a crowd. When the lights are low, the essential Lion comes to the fore, since this beast is 90 percent fun and 100 percent romantic. The Leo lover is devoted, creative and almost too hot to handle! Since Leo rules the heart and back, however, overzealous Lions may have to take a deep breath and slow down a bit. You can bet that the Lion's home will be swaddled in royal purple and gold.

The great strengths of the Leo-born are their creativity, idealism and leadership. Lions don't lack for ambition, either, so they're likely to accomplish a lot -- and have fun while they're at it. Their warmth and loyalty ensures that others will enjoy the ride as well.
birthstone /name of stone/ meaning ruby /There’s no better way to demonstrate your love than by giving a ruby in celebration of a July birthday. Rubies arouse the senses, stir the imagination, and are said to guarantee health, wisdom, wealth and success in love. Ruby is a variety of the gems species corundum. It is harder than any natural gemstone except diamond, which means a ruby is durable enough for everyday wear. Fine-quality ruby is extremely rare, and the color of the gem is most important to its value. The most prized color is a medium or medium dark vivid red or slightly purplish red. If the gem is too light or has too much purple or orange, it will be called a fancy-color sapphire. - See more at: http://www.americangemsociety.org/jul... 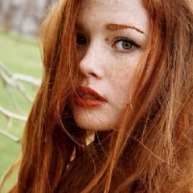 Explain history here. she was born a potter but her father is severous, lilly let James believe that Sophia was his. when they died she was sent to live wither her real dad. she lived a normal life until she was 11 and she started hogwarts.when to harry they seemed to have a connection, including the scar's pricking and hurting at the same time. she has always been there to help harry and the others with their mischief

Oops sorry I meant to tell you I was home last night but I forgot.. I will make mine in a bit when I'm a little more awake

Kk and I will probs be at my friend's house

Can I just make mine with his name, age, and house for now before I forget again and then I'll change him as I get the chance to sit down and actually have a few minutes to?