I've just completed a sci-fi that I would love to get some feedback on!
Please let me know if you're interested, the details are below:

Synopsis:
Centuries after a cataclysmic event, mankind is divided into an utopian prison and a dystopian dictatorship. This discordant world must now unite to cripple the SUN Council… or face mass extinction. 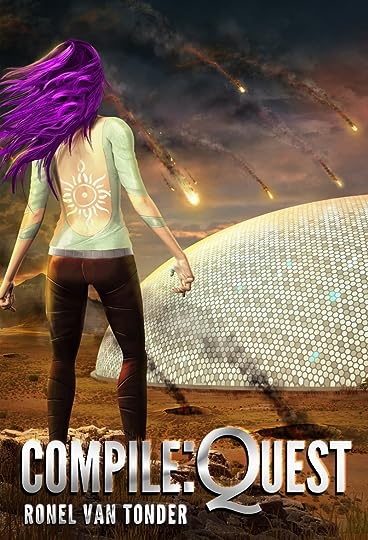 Blurb:
In the year 2036, solar storms batter Earth crippling electrical infrastructures across the globe. Night falls and the ensuing pandemonium claims millions of lives, catapulting the world into chaos.

In the midst of this global turmoil a hero emerges. The altruistic SUN Council intercedes, constructing enormous domes on each continent to protect the world’s population from the radioactive CME’s of the incessant solar storms.

But not everyone makes it to the domes. In an attempt to survive the deadly radiation, hundreds of thousands of people dig into the earth, living in squalor under an oppressive military dictatorship.

Now centuries later, the final stage of the SUN Council’s plan to decimate the world’s population approaches. But as victory glimmers on the horizon, two women from discordant halves of this new world start to unravel the conspiracy.

Hi Opal
I have a cookbook that will be on free promo tomorrow (thursday) that I would like you to review, Here is the link http://www.amazon.com/dp/B00M04MR5K
thank you
Carol