A state of the art hospital that can handle everything. 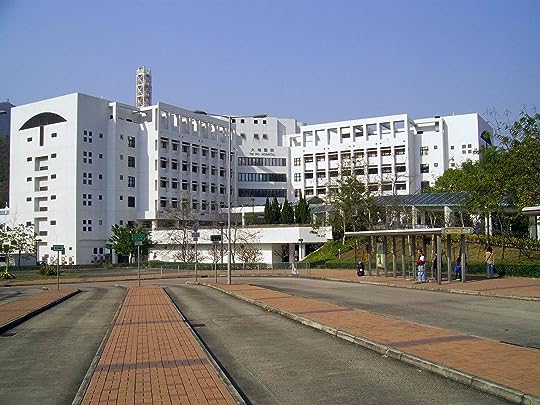 The dead and the dieing had filled this place with there moans, not ones that most beings could here but ones that where spiritual, even most angels could not hear them. They where called "Death's whispers" for a reason. The poor battered souls begged and pleaded to move on so Death had come to save them from their torments. As he took the lives of the living, all gently and carefully as these where mostly innocent beings and being such the Angel of Death was gentle in his touch. He stopped on the last time room on the top floor, Lucy's room.

Lucy was a girl of eight no family no friends no one to care for her but the nurses. Many suspected she was a "special" person. Azriel knew better though, she was a special alright, she was an agent of Death who was to young to comprehend it. She was a sweet little girl and when she grew older she would become one of his many agents. She was also in a comma because of this, she learned to quickly about her nature. Death whispered to her, to still her mind. And she slept.

Azriel went down to the lobby in silence hidding from the mortals around. (( open for Rp)

"I know, I'm sorry. But I'm sure it'll be alright. Lucy's a darling girl, and nothing bad could happen to someone so sweet." Ramiel smiled as she stood with Lucy's parents, gently touching their hands. Hope sparked from her and over to them, unbeknownst to them. But the angel of hope was a good person, despite the pain and agony the hospital brought to her.

Someone who could sense the emotion and pain of others was not very comfortable in a hospital, but she could help people, so she was here anyway. She 'accidentally' brushed into a young couple who was crying on a bench, apologizing profusely as she stood. But they seemed happier as she walked away, or maybe just more... hopeful.

Azriel walked up to them, visible to all eyes, once more. "Yes, Lucy is doing much better, like Ram said her vitals are stronger. " Azriel finished speaking as he came close to him. The Dead and Dieing had finished whispering all was calm within the hospital, hopefully Ramiel would feel better he thought to himself.

Ramiel knew that the pain could be worse, but she still wasn't exactly counting her blessings. Oh- there was an awful tearing, stabbing sensation in her chest, and suddenly each breath felt like gurgling blood. She clenched her teeth, trying to figure out where in he hospital it had come from, but the cause was already dead by the time she pinpointed it, and the sensation of having your lungs stabbed was gone. She sank onto a bench, closing her eyes and cringing.

Azriel sat down with her, putting an arm around her shoulder. " With one sent to the place after, Another comes into the place of being. When one is lost before their time, Two find there Soul Sharer. Do not worry young Sister. Death was gentle to the wretched Soul." His words came softly to her ears as he moved the hair out of his face. When Ramiel was around he was more like his old self, the Gentle Wise Angel who guided souls to their final rest.

You smell of perhaps Demon? He thought to himself quietly as he tried to comfort his Sister making his arura a gentle magenta.

Ramiel knew it wasn't really his fault, but she still yelped and flinched back at his touch. For, at his touch, she was instantly assaulted with the beginning of images of all the people he had killed, and all those people's emotions and pain. Few people enjoyed dying and even less weren't afraid or in pain in some way. Hovering just away from his touch, she looked over at him.

She was one of the younger angels, yes. But her blue gaze was pain-riddled and jaded far beyond her years, both in appearance and reality. "....Sorry." She muttered, running her hands through her blonde locks and looking away again.

"It is my fault, but.... See this" he touched her again, using his own power to show how Death can be a mercy and a blessing. How people died with peace and love instead of just hatred. He showed her the people he had killed with just that, Life. And Not Death. " Just because one dies and is subject to Death doesn't mean that the sentence isn't life. " he spoke to her quietly.

"Just because you intend to show me certain things, does not mean that I do not see the others." Ramiel pointed out, wincing back and away. She pushed his hand away, wiping her blonde hair back from her face again. "At your touch, I can see all you've done, felt, and all the pain and fear and everything you Death brings. Physical contact is not a positive thing for me, and you don't exactly have an.... enjoyable past to feel."

"Sorry... I know.... I'm probably the worst being in existence. I truly am. I don't mean to be... Sorry Ram.." His words came in short pauses his own stupidity and ignorance. He slid away from her slightly. Afraid for her to see. His mind was shielded enough where she couldn't see his darkest upon darkest Days, ones that he had even blocked from himself.