Girl A has always been an outcast sort of girl, especially after her parents kicked her out of the house when she was in Middle School, and she lost her unborn baby due to abuse soon afterwards. Now, scared of ever trusting a man again, or anyone for that matter, she is in her last year of High School, and she is as broken as ever, having no friends to help her finish this last bit of school. Girl B also has had a hard life, from abuse due to her father, and neglect from her mother, she has friends, but she always feels really lost, like she doesn't fit in with them. The two of them share a few classes, and get partnered up to do a project together. These two people who want nothing more than to avoid everyone else must work together on something for at least a month. But they soon realize just how much in common they have, but are either one of them willing to really open up to the other? Will Girl A trust Girl B, despite what has happened to her? Will Girl B believe that A won't leave her, that she'll stay no matter what? And what about when Girl A becomes pregnant once again, the cause of this being rape? How will they both react then, especially Girl A with her experience being pregnant?

Cool. You want to put up your character?

Nick name: *Whatever your character calls her* 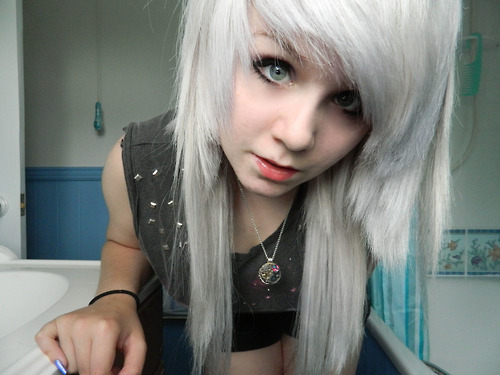 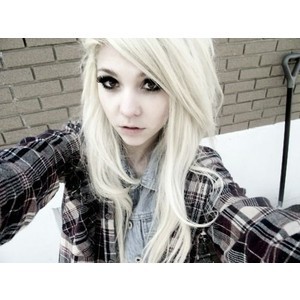 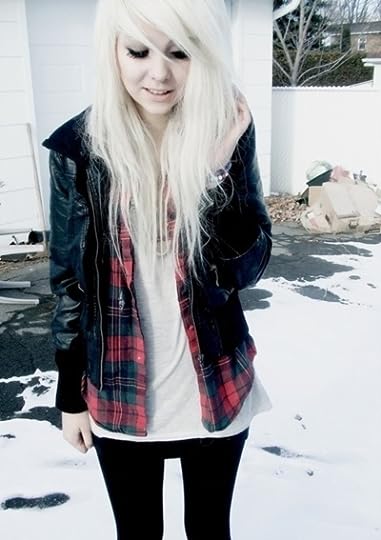 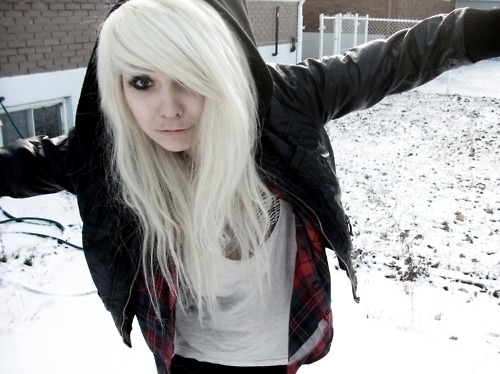 *Shirts
-Types: Loves to wear tank tops. Like t-shirts and sweaters. Does not like tight shirts, prefers baggy. Not a fan of coats.
-Colors: Black, gray, blue, green. Will not wear pink, brown or yellow.

*Pants
-Types: Likes pants and shorts. Does not like skirts, dresses or leggings. Will only wear leggings sometimes with work out shorts or certain shorts.
-Colors: Any color but brown, pink and yellow.

*Shoes
-Types: Prefers converse sneakers, likes boots. Does not like heels or popular type of 'preppy' boots.
-Colors: Any but brown and pink.

*Designs
Prefers plaid over anything. Like strips. Does not like dots. Prefers band shirts or anime shirts.

I try to be strong, for myself, and for those around me,
but sometimes, the tears just come out, and it's like I have no control over them.
I don't like to be worried about by others,
because I don't want to seem like I'm broken.
Needles to say, I don't like crying.

History
Trinity was raised by her mother and her father. Her family was fairly wealthy as she was growing up, and her parents were loving. Somewhat strict and demanding, but loving none the less. As a child, Trinity was very much of a crybaby, and she would often sleep all day, and stay up all night. As her parents tried to find ways to fix this, her father figured out that Trinity falls asleep and calms down well to piano music. So, they played a piano recording whenever she got really fussy, or when it was time for bed. As Trinity grew older, she took a liking into swimming, loving to be in the pool, take baths, or play in the puddle or mud, much to her parents annoyance. Often, she'd play in the mud, just so she could get a bath.

When it was time for Trinity to go to school, her parent thought the best decision would be to have her home schooled, and have tutors for her in areas that she was struggling with. Trinity didn't mind staying home all day, but a she aged, she asked her parents if she could go to normal school, which they said she could, once she started Middle School. So, Trinity went about Elementary school at home one the computer, and with tutors, as well as swimming lessons, which she loved a lot. Finally, it was time for Middle School, and it was also time for everything to change.

When Trinity got into Middle School, she began to explore the outside world more. She was not into what other girls were into, she was into the..darker side of things. She found interest in anime, as well as Rock, Metal and Screamo type of bands. Her parents did not agree, and they tried to take these things away from her, but Trinity repelled, and listened to them anyways. She also got a boyfriend when she was in 7th grade, even though he sort of forced himself upon her, she warmed up to him eventually. But things with her parents would never be the same again. Because they thought Trinity would embarrass their family forever, they kicked her out in 8th grade, sending her out on her own, putting $1,000 in her band account every 2 weeks so she could survive. Though most teenage girls would freak out, Trinity was happy to leave, and she got an apartment. But then, the worst possible thing happened to her. She got pregnant.

Her boyfriend at the time, by the name is Marcus, was furious when he found out, even though Trinity didn't exactly mind it too much, sort of happy actually. But Marcus was not. He began yelling at her, beating her and abusing her. One beating was so bad, that he slammed her torso first into the side of the apartment building she was living at, inevitably killing her unborn child. Trinity ended it after that, and became a very sealed off person. She still lives in the worn down apartment building, but she has a job, no longer accepting her parents every other week money.

Personality
Trinity is a very tough girl, she does not take other peoples crap or drama what so ever. She is very choosey over who she associates with on a daily basis, and she will not take any drama or rumors from anyone. Protective is also something that she is very well. Not only does she not like crap, she doesn't like crap being given to any of her close friends, and she retaliates very, very quickly, stopping it quick, either with words, or physical action, which she has no problem giving to people. She is also very blunt, just tells people how it is.

Despite all of the things that she is that may seem cruel, Trinity only does it because she wants people to live their life without issues, she wants them to be happy and safe. She is friendly, often times her friendliness comes out as very tough love and yelling, but she does have a soft spot and if a friend really is hurting, she will take care of them the best she can. And even though she acts very strong and independent, she is actually very hurt on the inside and she always tries to hid when she is upset, and she does it well.

Pets
Trinity takes care of a wolf that she found hurt near a park. She helped it back home and took care of it until it was better, but when it came time to go, the wolf didn't leave. So, Trinity has kept the wolf as a pet for about a year now. It is a boy, appearing about 5 years old, and she has named it Spot. 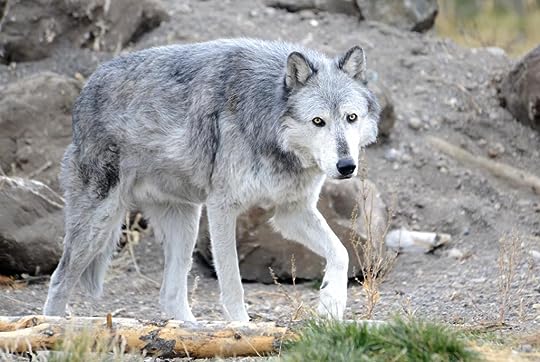 Dolls
Trinity collected ball pointed dolls. She has a wide variety of dolls, and she makes clothes for them. She does have a few of her favorites however, and she has named them, as she often does with all her dolls. 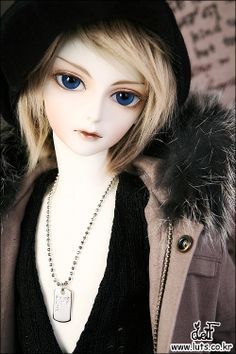 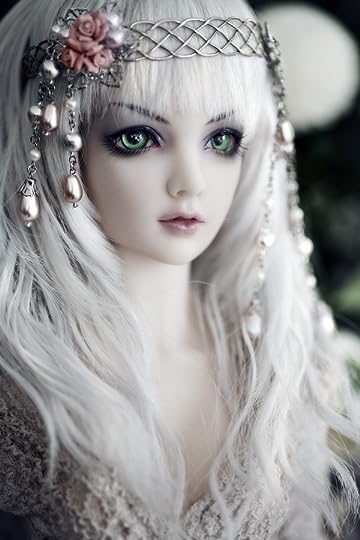 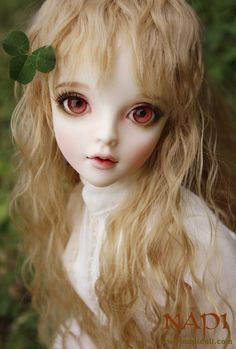 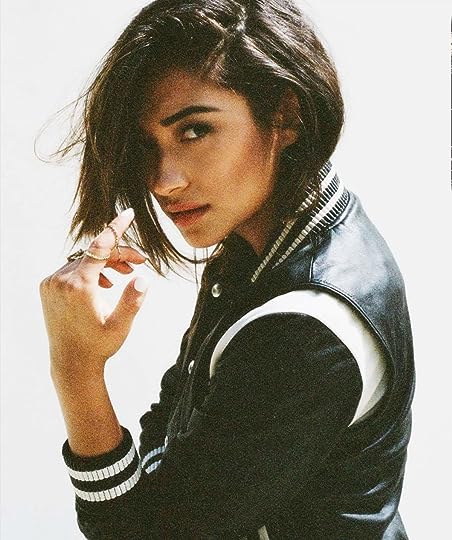 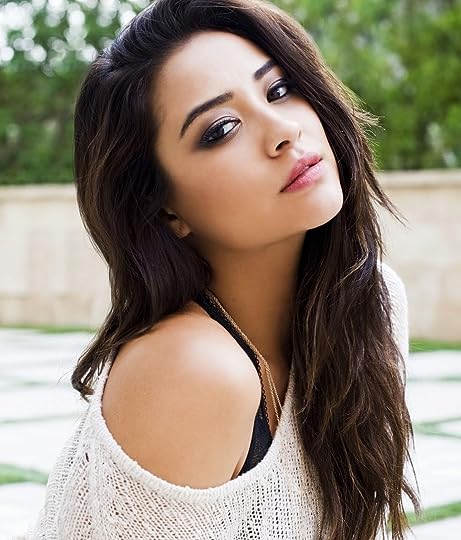 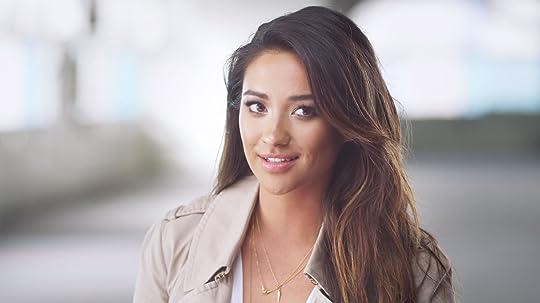 Clothes: Doesn’t really care about fashion. Wears whatever is there.

History: When Charleen was born, her family was very good and everyone loved everyone. They didn’t start having trouble until she was about five and her little brother was about two years old and her father lost his job. He started to drink and he started to abuse their mother. When she was younger, Charleen used to hide with her brother but as she got older, she started defending her mother and she began getting abused.
She hid this from her brother, who probably knows anyway and started hiding scars from her friends. She tries to go home late and tries to stay away from her father as much as possible. He never looked for a job so Charleen had to get a job to support them. Her mother still works but her father steals her money for his drinking. Chalreen works more than she is supposed to and so does her little brother. They both have jobs just for them to get by.

Personality: She’s actually shy but she can pretend to be confident around people. She is often seen with her friends laughing and she cares a lot about people. Because of the violence she sees at home, she does not like violence and stays away from it as much as possible. She likes to solve things through words and she likes to listen to other people’s problems. She is patient, and kind and nice to everyone she meets. She likes to tell the truth where it matters.

Pets: Found abandoned by a dumpster. She didn’t want to keep her but she had to even though she couldn’t really take care of her 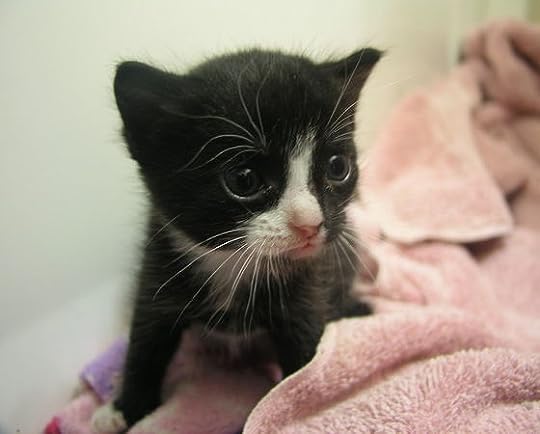 Thanks ^^ So, would you like me to start this?

Mkay. I'll start....with...them getting to school, then maybe they have like first hour, and a couple other hours together (:

Cheers. Go for it.

Hey, are you ready to start this?

Haha. I had a feeling you had. Tsk tsk...okay, get your butt writing...

Trinity walked into the school, early, as she normally was. Not very many people came in at this time, they hung outside with their friends. That was a lost cause on Trinity's part, since she didn't have any friend. She headed right towards her locker, which was on the first floor, and was pretty close to the main doors of the building, so it was nice having it there. Putting her combination in, she began getting what she needed out and putting in what she didn't.

Charleen made her way to the front steps. Her friends were sitting there, talking and laughing loudly. She went up to them and said hi to them. They made her nervous, these people, but she had gotten used to them. They all had a story, all had history and she liked that about them. Even though they didn't know everything about her, she spent time with them. She eased into the conversation, listening more than speaking.

It didn't take Trinity too long to get what she needed and what she didn't need out of her locker. Once finished, she went to a vending machine in the hallway to get some water and a granola bar, so she had something to eat before lunch if she got hungry.

Charleen felt her stomach rumble and she smiled at her friends. She told them she needed some food to start her day so she was going in early. She went into the school and rushed to the first vending machine she saw spotting a white haired girl helping herself there too. She smiled and stood behind the girl, waiting for her to finish.