Mod
You dont necessarily have to be a wolf in here, since theirs some mortals in this anime, but its still fun. You must be approved before roleplaying unless you're a mod!!

[Stability:]
[Interesting Facts:]
[Friends:]
[Enemies:]
[Relationship with Cheza and her pack:] (Her pack is the main pack with Kiba and all of them from the show)
[Family:]
[City you live in?:]
[House or wild?:]
[Secrets:]
[Other:]

-Side of her neck: 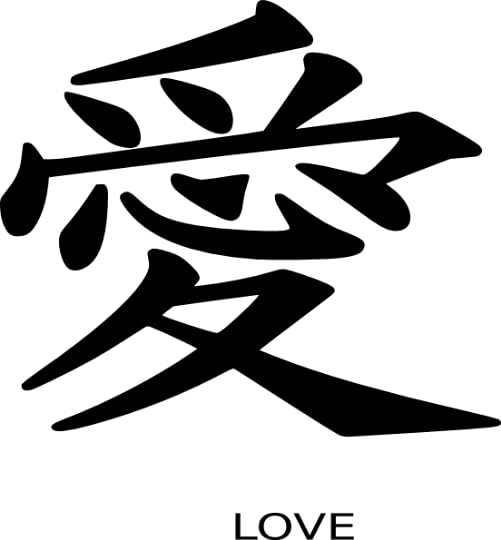 [Clothing Style:]
-Same as the clothes in the picture.
{Wolf Appearance:} 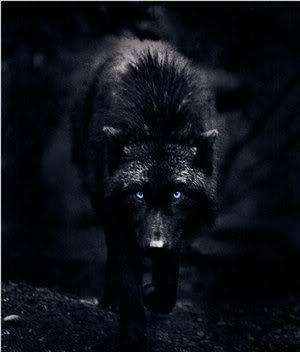 [Pack Name:] Moonlight Assassins
[Pack Leader:] Christina Dunn
[How many people in pack?:] none
[Position of your Wolf?:] Alpha female sometimes acts like a assassin or a warrior.

[Flaws:]
-Shy
-Mysterious
[Virtues:]
-Kind
-Protective
-Quiet
[Favorite Things:]
-Snow
-Moon
-Nature
-Music
[History:]
Christina was left in an alley way in Freeze city by her parents when she was just a pup but she managed to survive. The people found out the she could change from a human to a wolf they branded her with the Japanese kanji of demon on her collarbone. A year later she got a tattoo of the Japanese kanji of love on her forehead.
{Misc. Facts and Details}

[Stability:] 30
[Interesting Facts:]
-Dresses like a guy sometimes
-Can talk to things normal people can not see or hear.
[Friends:] Open
[Enemies:] Open
[Relationship with Cheza and her pack:] Allies when needed
[Family:] none
[City you live in?:] Freeze City
[House or wild?:] Wild.
[Secrets:]
-Is an orphan
[Other:]

Mod
Ah alrighty then I'll add that in ^_^

Mod
kk :) Sorry i haven't replied in the rp yet, i've been working on the group all day.. Its almost done!! XD And i've been making characters too..

Mod
It's ok I understand :) 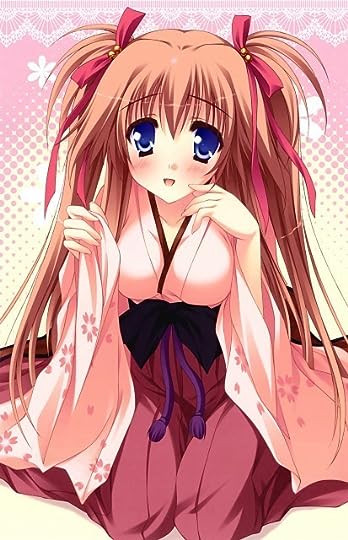 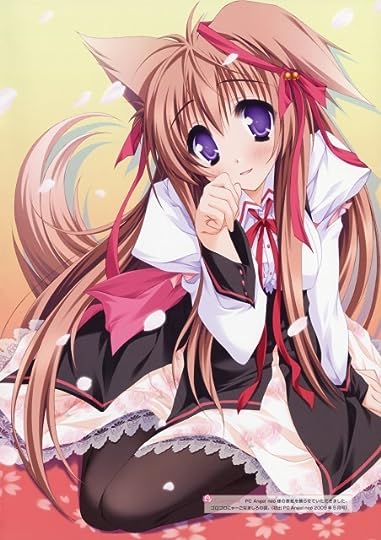 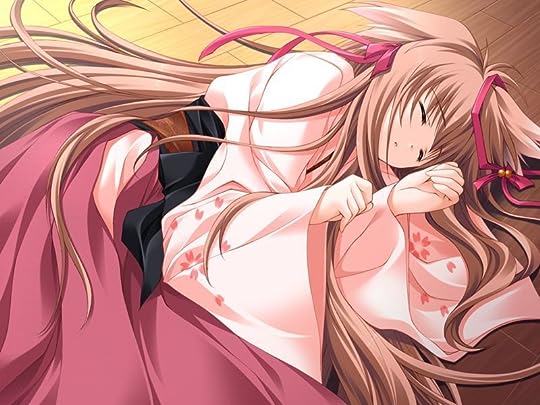 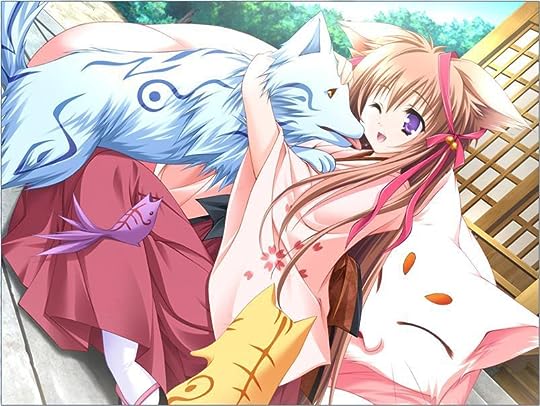 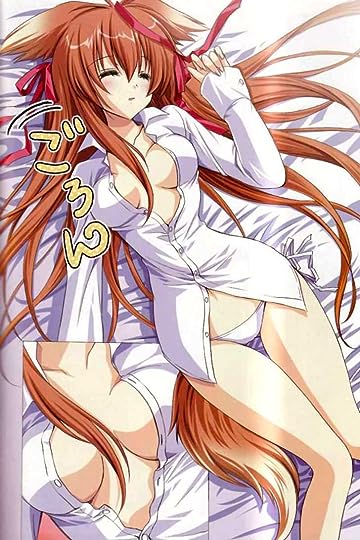 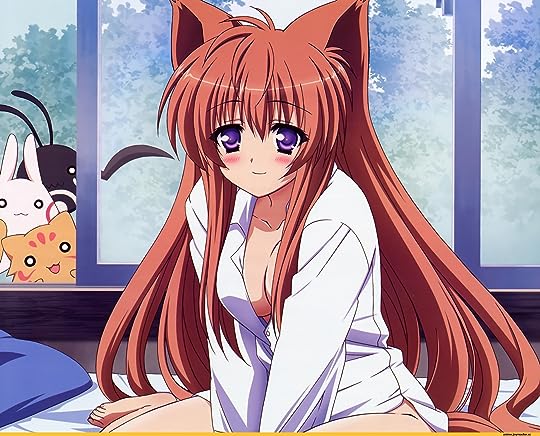 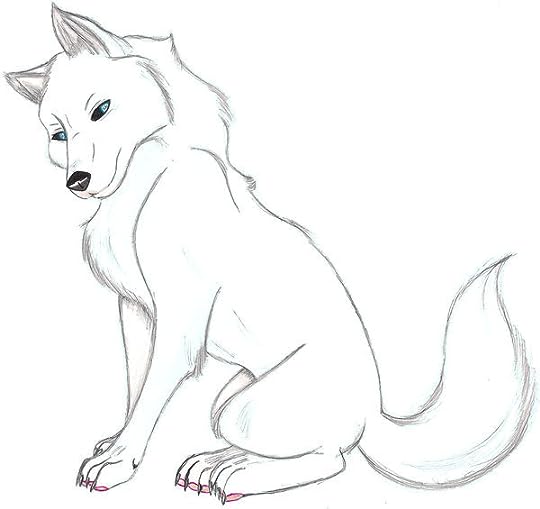 [Fur:] Snow White
[Eyes:] Cyan Blue
[Paw Size:] Normal wolf sized
[Wolf Size:] Normal wolf Size
[Wolf Personality:] In her wolf form, Mashiro is very mischievious and quite the trouble maker, being the opposite then her human form. She isn't afraid to bark up the wrong tree and get herself in trouble, though she'll never bring her pack into it, considering that she's very protective of them. In human form she doesn't act alpha, but in wolf form she does, its as if she's a totally different person. She's very curious and stubborn, feeling more wild and hyper in this form then she does in human form. In this form, she feels if people hide in their human forms that they dont have enough pride and she finds it weak, so it may take awhile for someone to convense her to turn back human, but if injured or knocked out, she turns human. 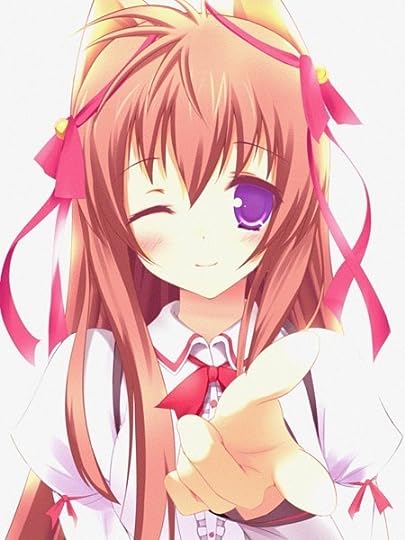 [Flaws:]
*In human form she's too submissive and in wolf form she's too dominant
*Cant control her changes if mad
*Gets herself in trouble in wolf form yet tries to talk her way out of trouble in human form
*She tends to act like a pup, making the Alpha male be more of the one in charge (At least in human form)
*Too friendly to strangers
[Virtues:]
*Her leadership in wolf form
*Her kindness in human form
*Her curiosity (Its usually what leads her to find Cheza or find out something)
*Her protectiveness in both forms
*Her stubbornness and firmness in both forms (She isn't afraid to smack someone if they upset her)
[Favorite Things:]
*Cat bells (Weird, i know)
*Red ribbons
*Sticks
*Oceans
*Sun (Although rarely sees it)
*Her pack 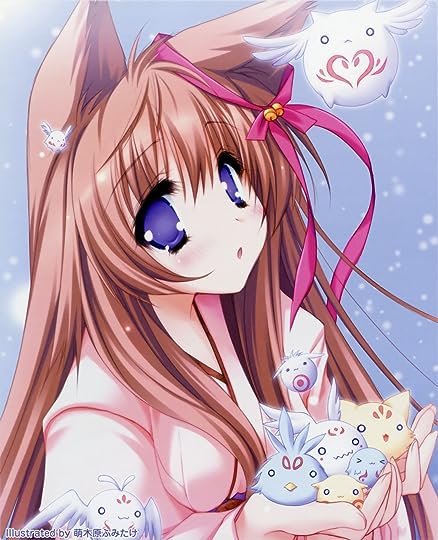 [Stability:] 5/10
[Interesting Facts:]
*Cant control her changes if mad
*On full moons her hair turns white and her wolf ears and tail come out except they're white and she cant turn wolf
*She's an amazing artist
[Friends:] Open
[Enemies:] Open
[Relationship with Cheza and her pack:] Amazing relationship with them. She isn't interested in the paradise just yet, she chooses to stop evil THEN go to paradise
[Family:]
*Brother who has his own pack
[City you live in?:] Freeze City
[House or wild?:] Wild and house (Has a house but prefers sleeping outside)
[Secrets:]
*If shy, emberressed, blushing or feels a threat near by, wolf ears and tail come out without her being able to control it
*On full moons she cant turn wolf. Instead, her wolf ears and tail come out but are white and her hair is white as well (view spoiler)[ 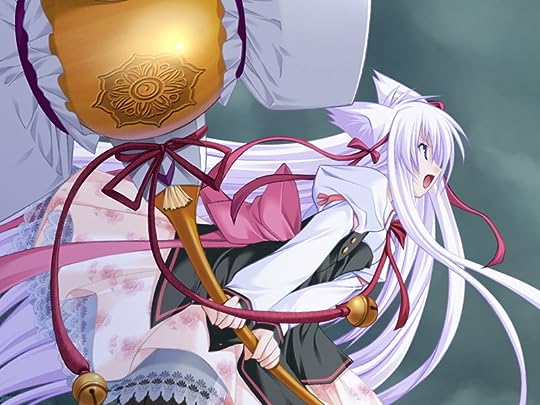 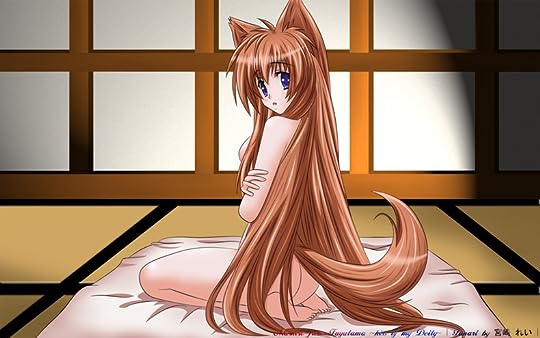 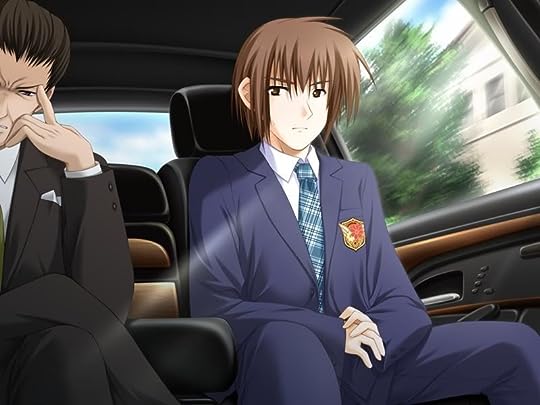 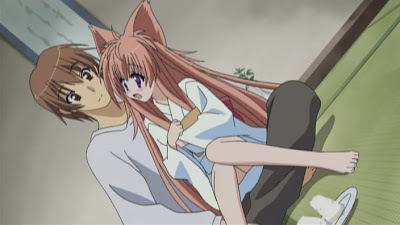 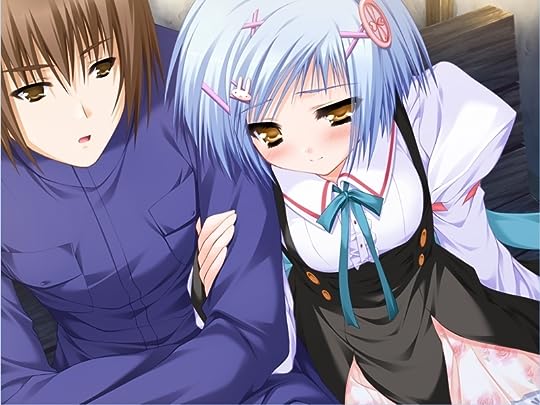 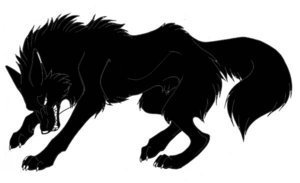 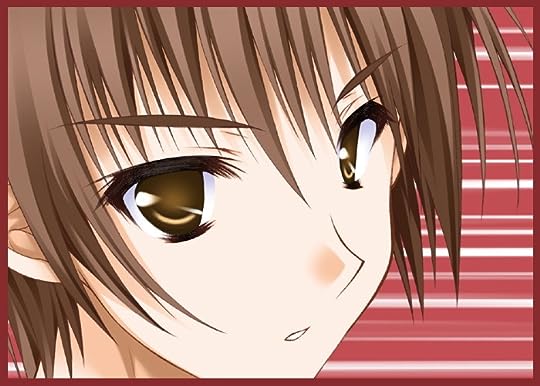 [Flaws:]
*Without even trying, he constantly has girls around him
*Too quiet
*Prefers to be human instead of wolf
*Too curious
[Virtues:]
*Stubborn
*A leader in both wolf and human form
*Great cook
*Great at acting
*Protective of his pack
*Kind
*Honest
[Favorite Things:]
*Chew toys
*Cooking
*Acting
*Forests
*Being in human form 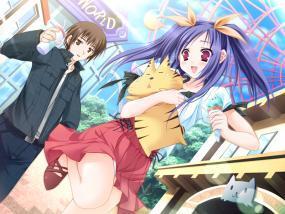 [Stability:] 7/10
[Interesting Facts:]
*Quite the womenizer without trying to be
*Acts like a loner in wolf form
*Quiet and mysterious
*Hasn't seen his sister in years
*Is a great cook
[Friends:] Open
[Enemies:] Open
[Relationship with Cheza and her pack:] Really well
[Family:]
*Little sister who has her own pack
[City you live in?:] Hakano City
[House or wild?:] Both (Has a house but prefers to be wild)
[Secrets:]
*He was a science experiment as a pup
*He's secretly blood thirsty
*He's more gay then straight
[Other:] 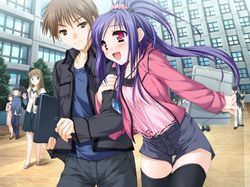 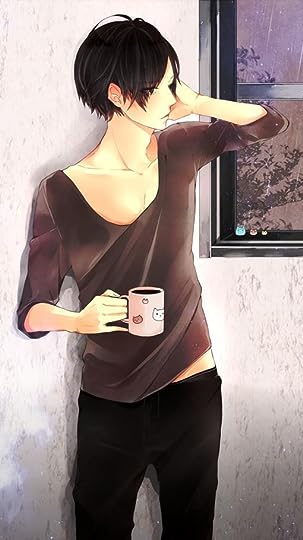 [Hair:]Brown
[Eyes:]Green
[Weight:]146 lbs
[Height:]5'11"
[Scent:]Green Tea
[Scarring or Markings:]Has scars all over his body from past fights with other wolves
[Clothing Style:]Usually wears a brown 3/4 sleeve shirt with a scoop neck that shows off some of his chest. He also wears dark brown pants as well with black sneakers. 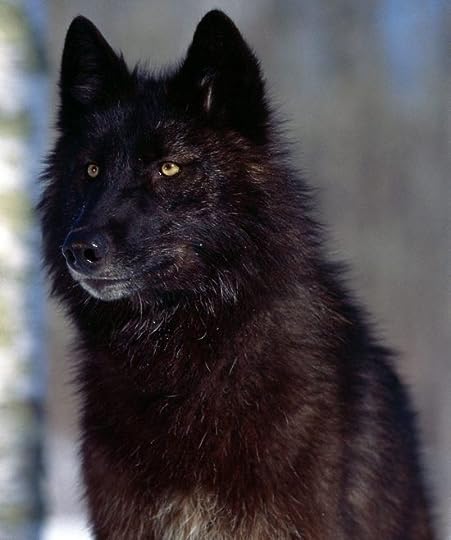 [Description:]Kou is a stubborn wolf that doesnt like to be told what to do. But he will listen when he knows he needs to. Being an Alpha Male, he is very good at being a leader. His natural instincts and quick wits, as well as his strength and desire to protect his pack makes him an excellent leader. Kou tends not to worry about others as much in his human form, unlike his wolf form. He does have a side of him where he does truly care for his pack members. Kou is very protective of those he cares about, so he will not be afraid to kill in order to keep them safe. In his human form, Kou is very laid-back and relaxed, and usually is calm unless you do something to anger him. His temper isn't that bad, so it't not too easy to make Kou mad. Kou thinks he's all that, and can do anything, but really he can't do a lot of things. He just thinks he can.
[Flaws:]
-Arrogant
-Tends to be a little careless
-A bit self-centered
[Virtues:]
-Very protective of his pack
-Caring
-Good leader
[Favorite Things:]
-Meat
-Green tea
-Hot Springs
-Running
-Howling
[History:]Kou was a part of a pack with his family back when he was a pup. But the forest they lived in was burned down by hunters and they killed Kou's pack. The only survivors were Kou and his best friend, Benji Takasu, another pup in the pack. The two were seperated, however. As he was just a pup, Kou didn't know what to do. So he taught himself skills in order to stay alive. Years after he began to live on his owm, he travelled to Freeze City, joining with Cheza and her pack. They travelled far, but after about 3 months, Kou decided he needed to follow his own instincts and his own beliefs, so he left Cheza amd her pack, going back to Freeze City. There, he was reunited with his old friend, Benji Takasu. The two formed a pack, where Kou would be Alpha Male and Benji would be Beta Male. The two have been together since.

[Stability:]7/10
[Interesting Facts:]
[Friends:]
Benji Takasu(Beta Male in Kou's Pack[Open for Creation])
[Enemies:]Doesn't really have any
[Relationship with Cheza and her pack:]He was once a part of the pack, but left to make his own
[Family:]
Keiichi Himura(Younger Brother, Deceased)
Hana Himura(Younger Sister, Deceased)
Jun Himura(Father, Deceased)
Chie Himura(Mother, Deceased)
[City you live in?:]Freeze City
[House or Wild?:]Wild

Approved but you have to request to have a power above 6.

Alright thanks I'll change it to 7 then ^^

Ooo i actuallly have a wolfs rain oc for this *flails* Ill work on it right away.