Gone with the Book discussion 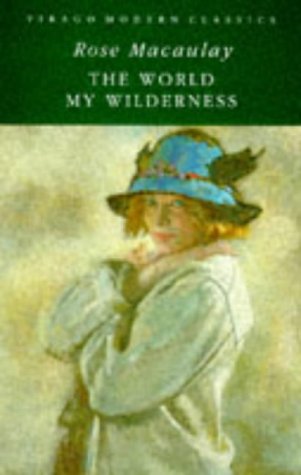 This is the September book

On my end, I am going to read Cheri from Colette published in 26.

I think I will read "Mephisto" by Klaus Mann.

I just got my copy of this novel. Don't wait to dig in.

I'm going to start The Mountain Lion by Jean Stafford (1947).

I think I'll read the MacAulay as well -- she's one of my favourite writers and my copy has been sitting on my shelf for maybe a decade.

I think for the September novel, I’m going to read the Rose Macaulay book. I have never read her and I loved the title. But I’m in a serious no book buy, so I have it coming from my library system. This is such an interesting read along. I hope we can repeat it.

A part from Klaus Mann book, I realised that I know none of the books which are mentionned here by the group.I hope that you ll all put your impressions after your read. As I am always excited to learn about new author and their books !

I was going to read the main novella from Heart of Darkness and Selected Short Fiction by Joseph Conrad but decided to start with the short story he wrote that features the main character in the earlier part of his life so I am reading "Youth" first and then Heart of Darkness.

I also have A Room With A View by the same author on my TBR. It will be my first time reading anything from Forster

I finished my September read yesterday, Wild Strawberries by Angela Thirkell. Thirkell is a good writer, but many of the characters seemed too juvenile for their ages, and there were several inappropriate racial and ethnic references that are not acceptable today. I gave it 3 stars.

Just finished The a world My Wilderness. It was excellent. Macaulay has an elegant command if language, has created interesting, believable characters whom she treats sympathetically. We are drawn to Barbary, the 17 year-old girl who must face a post war world with no real skills except being a fighter. Must say I enjoyed the development of the mother, Helen, and hope she does what she says she will do. And left the novel wishing I could shake the father. Much of the story is pertinent to today. I liked it. Thanks for the recommendation, Mel.

I finished Jean Stafford's The Mountain Lion and it is a five-star read. It is a slim novel, bouncing back and forth between the two main characters, a brother and sister who are bonded together and seem throughout to be united in their contempt for other people, especially their mother and older sisters. The portrait of these characters is not to elicit sympathy, but to draw on the deep well of loneliness and a dawning realization of what growing up can mean. Most of the book takes place in the Colorado mountains during the 1930s; the children take dirty trains to visit their uncle there and are surrounded by people far removed from their mother's pristine, prissy sitting room and the fawning next-door minister who comments on their behavior incessantly. Stafford builds a world that contains the brutal practices of hunting and farming; peril lurks around every corner, but nothing in the outside world can rival the peril of the children's private thoughts. That's as much as I want to say about the book without giving up its mysteries. If you want to read it, go in as blindly as possible. Save any introductions for later, when you're ready.

I have read Howard's End by E.M.Forster. Loved it.

I finished The World My Wilderness and loved it! Macaulay does a great job setting the scene and drawing the reader into the story. I was fully invested in the protagonist's struggle.

Finished the book The World my Wilderness and I loved it

I read Sweet Danger by Margery Allingham, which I really enjoyed. A great chance to get to a book that has been on my physical shelf for a long time and it has inspired to get to some of the Golden Age authors I have on my digital book shelf, such as Dorothy L Sayers and Ngaio Marsh.

Gone with the Book