> King's The Institute
> Atwood's (sequel to The Handmaid's Tale) The Testaments
see 2nd thread - LINK for Testaments
Both available 2019-Sept-10.

Both are available in English and German. Both are published in print and on audible UK, USA, CA, Australia and Germany

I would like to discuss both audiobooks till the end of the year 2019.
Everybody is welcome.

Please use Spoiler tags.
See How to add spoilers to Goodreads 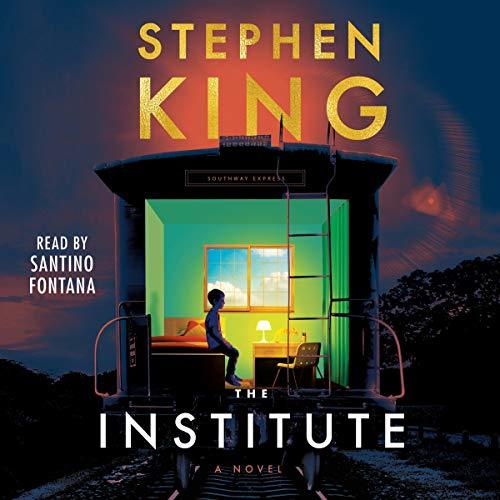 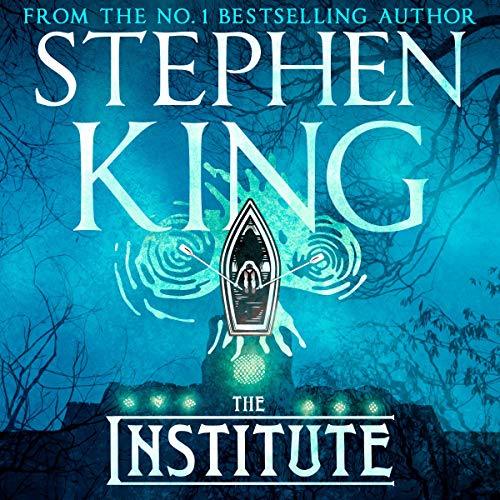 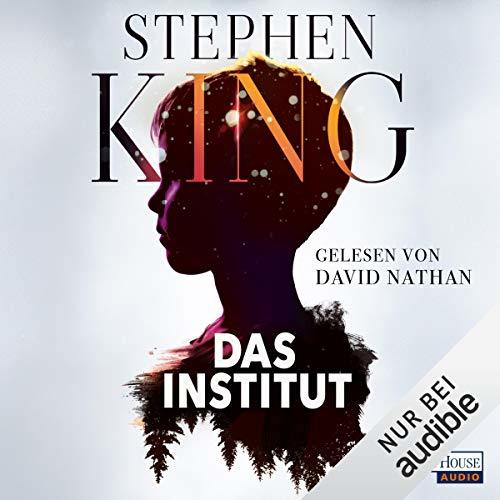 I’ve received a message that it is able to download (-; ツ

Btw “If it Bleeds” is the next Stephen King ♔ ♚ novel.
Holly Gibney, a character from the Mr. Mercedes books who also made an appearance in “The Outsider”, is getting a book of her own with Stephen King‘s new novel, If It Bleeds!
Justine Lupe plays Holly Gibney in the “Mr. Mercedes” TV series.
——-
Holly Gibney appears in
BILL HODGES Trilogy
• Mr Mercedes
• Finders Keepers/ Finderlohn
• End of Watch/ Mind Control
and
(2018) The Outsider
and
(2020) If it Bleeds

I'm really looking forward to If it Bleeds. I have grown very fond of Holly!

A list of the most famous psi/ telepathy/ telekinetic novels...

After STRANGER THINGS and those novels “The Institute” doesn’t look original to me...
But it doesn’t have to be...

• The Girl with the Silver Eyes
• etc.

Best of, why THE INSTITUTE is everything but original:

and very similar to

Very simlar to a movie
Hanna is a 2011 American action-adventure thriller film directed by Joe Wright. The film stars Saoirse Ronan as the title character, a girl raised in the wilderness of northern Finland by her father, an ex-CIA operative (Eric Bana), who trains her as an assassin. Cate Blanchett portrays a senior CIA agent who tries to track down and eliminate the girl and her father. The soundtrack was written by The Chemical Brothers.

and most recently to the Prime series
Hanna is an American action drama web television series, based on the 2011 film of the same name, on Prime Video. The series was created and written by David Farr, directed by Sarah Adina Smith, and stars Esme Creed-Miles, Joel Kinnaman, and Mireille Enos. The first episode was made available on Amazon Video as a time-limited preview on February 3, 2019. The full eight-episode first season was released on March 29, 2019. In April 2019, Amazon renewed the series for a second season.

Some of those experiments took place in Montreal, where, in the 1950s and '60s, psychiatrist Dr. Ewen Cameron subjected his patients to treatments including electroshocks, experimental drugs and long periods of chemically-induced sleep.

Earlier this year, the Canadian government quietly paid a $100,000 settlement to the daughter of one of Cameron's victims.

But Dr. Ewen Cameron wasn't the only one conducting bizarre and troubling CIA experiments on unwitting patients in the mid-to-late 20th century.

We asked journalist Cady Drell to take us through some of the creepiest government experiments that inspired Stranger Things.

Here's some of what she had to say.

"The most obvious real-life influence for Stranger Things was this project called MK Ultra. [It] was a CIA covert operation that happened from the 1950s to the 1970s.

It took place at over 80 institutions — schools and universities, jails, even hospitals that were privately funded. And a lot of the participants in it had no idea that they were part of a government experiment.

They wanted to find ways to extract information, and they were testing them on the American public.
- Cady Drell
MK Ultra's point was to develop methods and products for war, especially the Cold War.

They wanted to find ways to extract information, and they were testing them on the American public.

Project MK Ultra is actually mentioned by name in the show when Chief Hopper, who's kind of trying to get to the bottom of everything that's happening at Hawkins Laboratory, tracks down Terry Ives ... who tried to sue the government for abuse. She explicitly mentions Project MK Ultra, and being a part of those experiments without being aware of it."

"Eleven is one of the main characters in Stranger Things, and we discover pretty early on that the government is trying to shape her into almost a killing machine. She's a human weapon of war, and they're doing this by putting her through a lot of different experiments.

Dr. Ewen Cameron ... used a combination of hallucinatory drugs like LSD, electroshock therapy, and sensory deprivation on a lot of unwitting patients.
- Cady Drell
One of the first indications we get in the show that the government is participating in some unorthodox experiments is when we see Eleven, who is a little girl, entering a sensory deprivation chamber; she's being submerged in water.

These actually existed and were used by the government as part of MK Ultra. Dr. Ewen Cameron, who was working on a subproject of MK Ultra, used a combination of hallucinatory drugs like LSD, electroshock therapy, and sensory deprivation on a lot of unwitting patients — many of whom came to see him for things like anxiety."

"MK Ultra was clearly a huge influence on Stranger Things, but it was shut down by the 1970s, and Stranger Things takes place in the 1980s. [But] there were actually some pretty weird government experiments going on in the '80s, too.

The one that most closely resembles the things that were happening in Stranger Things is the Star Gate Project. Star Gate was just getting warmed up by 1983; it actually started in 1978 and went all the way to 1995. And it was established to see whether psychic phenomena could be used in military applications. It wasn't even a CIA project; it was an army project.

Do you remember that scene where Eleven is told to try to kill a cat with her mind? Those telekinetic abilities and psychic powers were something the government was genuinely testing for.

There was a movie and a book called The Men Who Stare at Goats about the people who were involved in the Stargate experiments, testing telekinetic abilities by attempting to kill goats with their minds.

One of the other missions for [the] Star Gate project was to see whether people could engage in 'remote viewings'.

We actually see this in Stranger Things as well, when Eleven, while undergoing sensory deprivation, is able to listen in on a Russian conversation and actually see them in front of her.

There was a section of the government that was convinced that we could potentially engage in 'remote viewings', and they were convinced enough that they thought this project was worth continuing from 1978 to 1995."

I am reading The Institute currently. Following.