Michelangelo is one of my all time favorite artists. He was a scrupulous painter and sculptor. His Moses, with the beams of lights showing his 'communication' with the heavens. The David with his virulent stance and demeanor. The Sistine Chapel that was supposed to be condemned once finished was so impressive it could not be anything but admired. I recently acquired a 3D bronze bas relif of 'The Creation of Adam' to go in my front room. It will look great in there with my other Michelangelo statues. What can I say, He is one of the greatest of the great.

The Creation of Adam (1508-1512) on the ceiling of the Sistine Chapel has long been recognized as one of the world's great art treasures. In 1990 Frank Lynn Meshberger, M.D. described what millions had overlooked for centuries - an anatomically accurate image of the human brain was portrayed behind God. On close examination, borders in the painting correlate with sulci in the inner and outer surface of the brain, the brain stem, the basilar artery, the pituitary gland and the optic chiasm. God's hand does not touch Adam, yet Adam is already alive as if the spark of life is being transmitted across a synaptic cleft.* Below the right arm of God is a sad angel in an area of the brain that is sometimes activated on PET scans when someone experiences a sad thought. God is superimposed over the limbic system, the emotional center of the brain and possibly the anatomical counterpart of the human soul. God's right arm extends to the prefrontal cortex, the most creative and most uniquely human region of the brain. 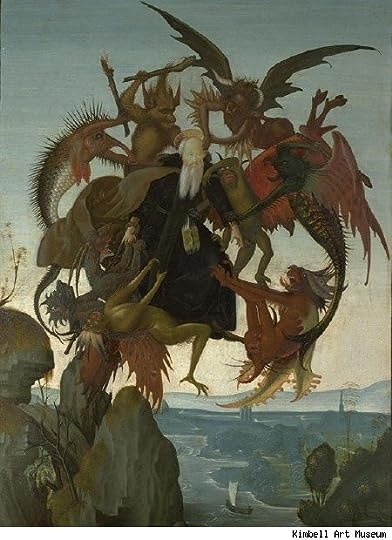 Michelangelo’s biographers wrote that his first painting copied a well-known engraving by the German artist Martin Schongauer (1448–1491). Made in about 1487–88, The Torment of Saint Anthony has been known for many years, although it has not always received proper attention due to accumulations of discolored varnish and disfiguring overpaints, which obscured the qualities of the picture’s masterful execution and remarkable color palette. Michelangelo’s First Painting will showcase recent technical examination and scholarly analysis by the Metropolitan Museum’s conservators and curators that identify the painting as the one described by Michelangelo’s biographers. In addition to The Torment of Saint Anthony, works from the Metropolitan Museum’s collection will include Portrait of Michelangelo by Daniele da Volterra (1509–1566) and a facsimile of the Schongauer engraving, Saint Anthony Tormented by Demons. The painting was acquired recently by the Kimbell Art Museum, where it will return this fall for display as part of its permanent collection. 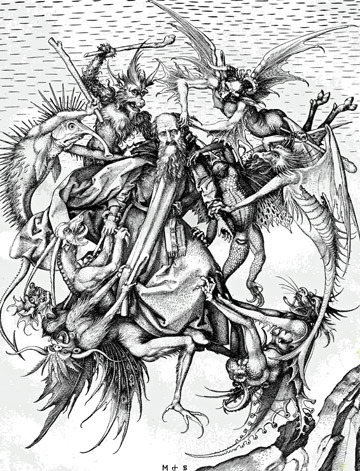 More than five centuries ago, Michelangelo Buonarroti was the darling of the Catholic Church. The Papacy commissioned him to create many of its most important pieces, including the frescoes of the Sistine Chapel. He spent his life glorifying the Church, etching Catholic ideals into masterpieces that defined religion for the masses. Yet when he died, his body was secretly shepherded off to Florence, and the Church was denied the opportunity to honor him with a grand funeral in Rome. Historians have long wondered about the mysterious circumstances surrounding his death, but now, art historian Antonio Forcellino believes he has pieced together evidence of a deep rift between the Church and the esteemed artist. The cause: Michelangelo’s belief in Protestant ideals, and his involvement with a clandestine fellowship trying to put an end to the decadence and corruption of the Clergy and reform the Church from within.

THIRTEEN’s Secrets of the Dead: Michelangelo Revealed premieres nationally, Wednesday, May 13, 2009 at 8 p.m. (ET) on PBS (check local listings). The film deconstructs the puzzling discrepancies between the sculptures Michelangelo created and the way he described them, revealing an intricate effort to carve his own beliefs into stone, while protecting himself from the wrath of a powerful Cardinal who viewed him as a heretic. Actor Liev Schreiber (CSI, upcoming X-Men Origins: Wolverine) narrates. 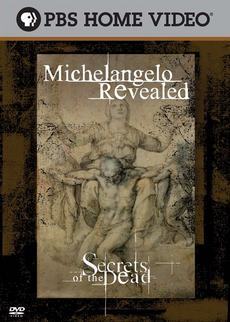 WATCH THE EPISODE ON PBS: http://www.pbs.org/wnet/secrets/episo...

Since I'm sure we all know a whole lot about this great artist, I'm not going to expound on him but,

Do you have a favorite work by this great artist? Have you had the privilege of seeing any of his masterpieces in person?

Those are wonderful close-ups! Thank you, Carol!

personally I liked the video

Hi Heather!! Hi Monica!!
It seems like it's been a long time since I've been here. Things at home are still moving slowly but as long as it is progressing in the right direction, I am eternally grateful.

Regarding the video -- I think that the two people really compliment each other and do a great job.

It's amazing how Michelangelo was able to transform marble to express the deep emotions of his characters.

I hope someday to see it in person.

Jim wrote: "seeing the Pieta at the Vatican was unbelievable in how the flesh looked so real and the expressions were perfect for what humans do to humans"

I agree, Jim. It was breathtaking. I was disappointed that I couldn't get closer to it and it was difficult to photograph through the thick, bullet-proof (but necessary) glass.

The Renaissance masterpiece "The Pieta" is the only work that Michelangelo Buonarroti ever signed. He later regretted what he considered an outburst of pride and vowed to never sign another work again. 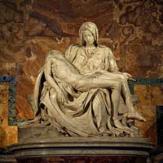 Heather wrote: "Michelangelo Buonarroti's father Lodovico was horrified when he found out that Michelangelo decided to become an artist. Michelangelo was often beaten by his father and uncles when he first began ..."

Thanks for this link, Heather. I'd forgotten this particular turbulence in Michelangelo's life.

A sculpture of his that I've always found particularly intriguing is his marble faun:

having trouble understanding just the abstract!