147 views
What Else Are You Reading? > Looking For Psychological Horror Recommendations

I know psychological horror is neither sword nor laser, but I want to mix it up a bit and read something different. When I think of psychological horror I think of things like Silent Hill, but I also think of a character dealing with insanity, and they know that they are going insane. To me the scariest thing is not being able to trust your own mind. So a first person perspective about a character's impending/growing insanity is exactly what I am looking for.

We Have Always Lived in the Castle by Shirley Jackson is awesome psychological horror. I've read some others, but this is the first one that popped into my head.

The Devil in Silver isn't bad, but... it doesn't exactly blow off your socks.

Shutter Island is one I haven't read yet, but I've heard positive things about the book. The film is best ignored.

I liked the movie for Shutter Island. I forgot that is was based on a book. I might need to check out the book.

Casey wrote: "Shutter Island is one I haven't read yet, but I've heard positive things about the book. The film is best ignored."

So The Center Cannot Hold: My Journey Through Madness is non-fiction, but is basically the closest non-fiction comes to what you describe.

This may not be what you're looking for, as it does have S&L elements but: The Hollow City has a main character who is schizophrenic who is getting increasingly convinced that some of the hallucinations he sees *are* real, and they're not up to any good. The best part about this book is the first person perspective because you, as the reader, aren't sure what is real and what isn't because the main character can't always tell the difference and you see everything from his perspective.

The same author also has a YA-ish series (though it's more marketing because of the protagonists age than specifically being written for a YA crowd) about a teenage sociopath also written in first person. It can be quite disturbing, the way he makes you empathize and identify with a sociopath mind. Just in case you're interested in more interesting first person views.

The Hollow City sounds pretty good. It sounds like it might even mix in some Silent Hill type elements into it. Probably will have to check that one out.

American Psycho has no SF or Fantasy elements, but it does deal with a person slipping into madness. It may be the most disturbing book I've ever read... at least in the top five. I hated how the book made me feel, and I was disgusted by the graphic violence, but it's good writing.

House of Leaves and Neuropath are a couple books I would recommend checking out.

Casey wrote: "American Psycho has no SF or Fantasy elements, but it does deal with a person slipping into madness. It may be the most disturbing book I've ever read... at least in the top five. I ..."

Try Ted Lewis. GBH is best, but all are worth a read. Mr Lewis writes fear like no other.
Phil

I would second The Hollow City by Dan Wells. Dan Wells' work is great, and his John Cleaver trilogy was super enjoyable as well. I highly recommend them. If you are looking for psychological horror look no further. 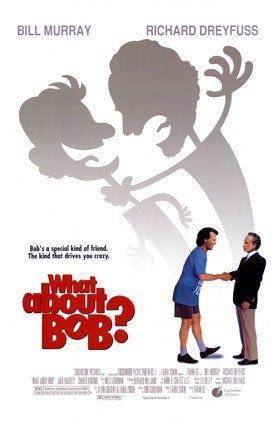 The Red Tree by Caitlín R. Kiernan is a really well-written example of psychological horror with an unreliable narrator.

Pines. They are currently making it into a tv series starring Matt Dillion.

Another novel that may be of interest is The Man from Primrose Lane.

If you have not read H.P. Lovecraft I would grab him. You might want to start off with Call of Cthulhu and Shadow over Innsmouth, which are in public domain and can be found at this site. Also The HP Lovecraft Literary Podcast has a reading of Call of Cthulhu that is pretty awsome and is a nice guide to Lovecrafts work.

reply | flag
message 22: by [deleted user] (new)
Sep 25, 2014 07:22AM
Stephen King's The Shining has been categorized as Psychological Horror. Loosely but Storybundle has released a psychological horror bundle in the past and their supernatural suspense one is pretty good: http://storybundle.com/suspense

Going on the classics side, how about some Poe? Cask of Amontillado does a good job of showing evil believing itself to be good. Fall of the House of Usher shows dissolution of the last member of a family, taking us step by aching step down the road of insanity.

I'm on a bit of a horror kick lately. I'm currently reading The Imago Sequence and Other Stories by Laird Barron. I would recommend it if you like Lovecraft or are curious to try some good Lovecraftian horror/weird fiction. At least some of the stories definitely fit the mold of having characters who devolve into madness, which is a common Lovecraftian theme.

I also recently read and enjoyed Bird Box by Josh Malerman, in which I would say the scares are very psychological rather than visceral. The characters in the book are survivors of an ongoing event that causes people to go insane to the point of homicide/suicide if they so much as open their eyes, so they must constantly wear blindfolds to even go outside, or otherwise risk madness and death.

I just finished reading The Hollow City. That was a weird book, but I enjoyed it and it did fit the bill for what I was looking for.

Jason, one of the best horror novels that I've read in some time which contains a powerful psychological component is Lionel Shriver's We Need to Talk About Kevin. I highly recommend it.

Actually not really a big reader of this genre, save for some Stephen King, but I would like to recommend a short story by him. I absolutely loved 1408, and please note that the story is much better than the movie.
I think I may actually take a look at these recommendations and give this genre a shot. I was especially interested in American Psycho, because I've always wanted to watch the movie but I'm too much of a wuss.

I saw a recommendation for We Have Always Lived in the Castle by Shirley Jackson (which I personally lemmed) but I recently read The Haunting of Hill House by Jackson, and I think it is a better story that can be read as a psychological horror.

I also saw House of Leaves recommended, which is awesome, but I feel the need to caution that it is incredibly difficult to read because of its typographical idiosyncrasies. I think I was psychologically scarred from reading it, not because of its content, but because of how often I had to read things backwards or turn the book upside-down.