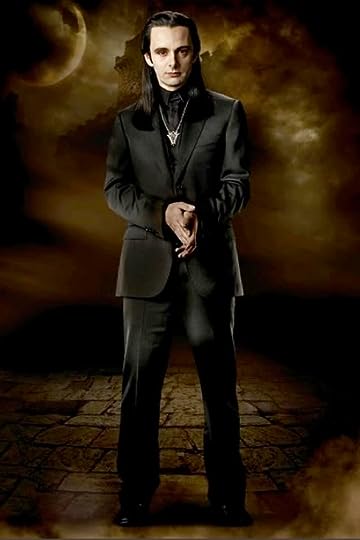 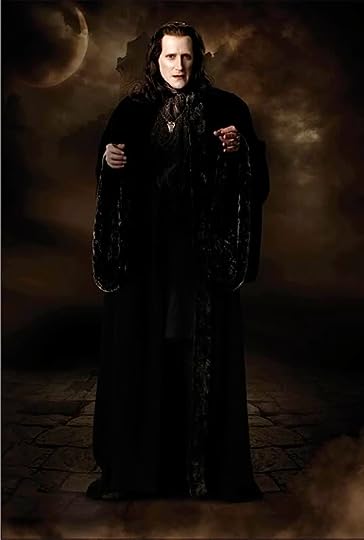 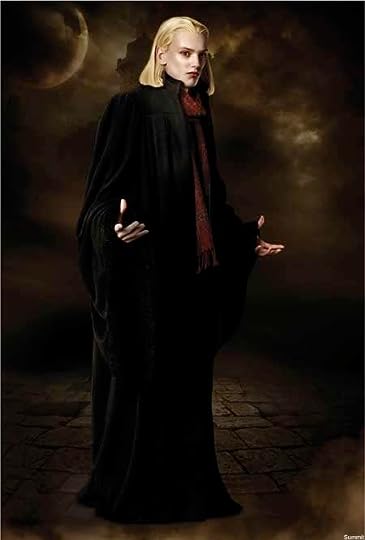 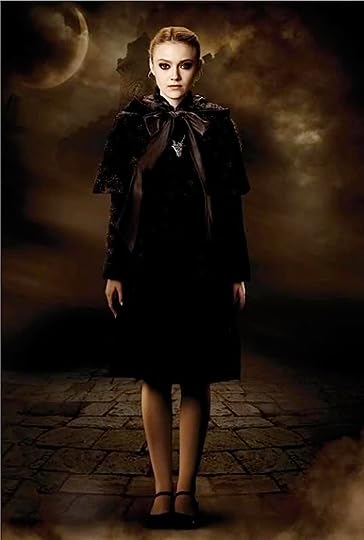 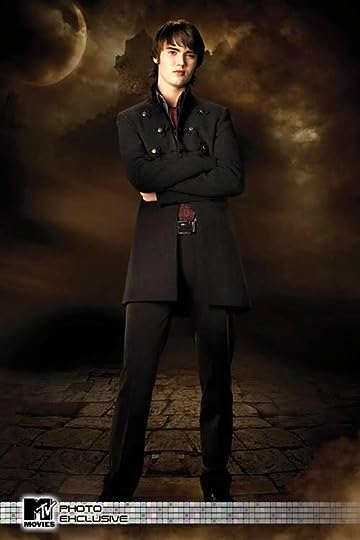 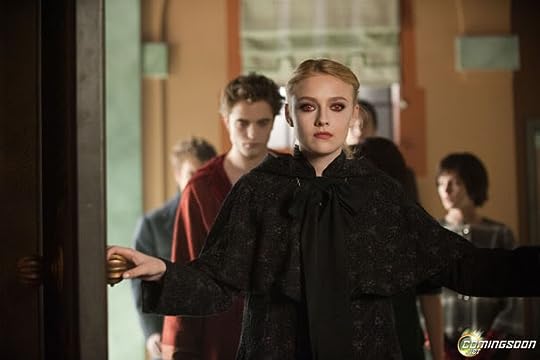 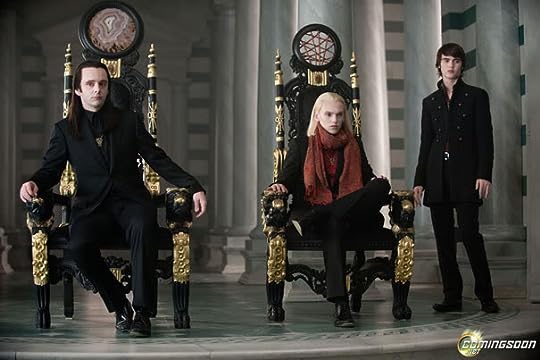 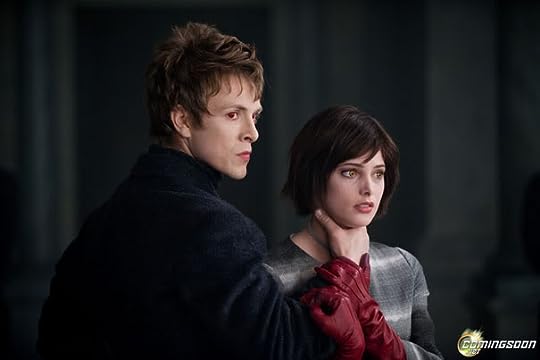 I just love how its all creepy, and elegant, and deadly, and modern, yet victorian it is at the same time.

Mod
I completely agree. They look so sophisticated and perfect!

but jane and alec are twins arent they???

Not loving Caius... I think the rest are perfect. I always thought of Jane and Alec as fraternal twins so they work for me.

Mod
I thought that it just said they could pass for twins not that they were twins. Caius is not my fave. Seems like he looks way to young. I always thought of Aro, Marcus and Caius as around the same age looks wise.

Aro is my favorite. it just looks so cool and creepy. Jane is my next fave. She's like this sweet little girl with dark secrets.so awesome!

Mod
Oh yes I agree Aro is my fave!!! Plus the actor who plays him, Michael Sheen is such a wonderfully funny great person!!

I know. I first saw him at Underworld, and he's really good. Kinda ironic though cause he plays a werewolf there. LOL! ;D

Mod
Yeah I know. That's one of my all time fave movies. I loved him as Lucian!! After the last movie I was absolutely in love with him. But then again I have a thing for wolves!! ;)

Hmm, so i'm guessing ur a Jacob fan?

Mod
Oh yeah since the first time I raed twilight in 2007.

I'm really not all for the teams though, for myslef. I just picked who I want Bella to end up with.

Mod
Yeah me either. I mean for Bella I'm all Edward but if I had to pick for myself I would have picked Jake but that's just because I have a weakness for Native guys. Always have since my first boyfriend. Lol.

Mod
Wait what about me!!!

Mod
Sweet I'm glad we have that one worked out!! Lol!

Melzz wrote: "Bella and Edward are better for each other. Bella can have Edward. Jacob can keep me warm. :)"

Stephanie wrote: "Sweet I'm glad we have that one worked out!! Lol!"

Hmmm, but I'd want Jacob too and I'd feel weird if every other Team Jacob person got a clone of him too.

♥Jenny♥ wrote: "Hmmm, but I'd want Jacob too and I'd feel weird if every other Team Jacob person got a clone of him too. "

It's either that, or a battle to the death for one Jacob.

...Well maybe not a battle to the death. But there would be some mud-wrestling involved.

Mod
I have to say I absolutely love Jane she looks perfect!!! And their eyes look so great!!!

I saw these already, but they're still awesome!!! Jane and Alec are my faves.

Mod
Yeah they have been on here for a while now...

Marcus looks much older than the others. Like an elder painted to look young as his brothers. I dunno...he just doesn't fit. I do like Jane and Alec, they are exactly as I imagined.

For some reason, in my mind, I always picture Aro as Laurent. I know it's stupid, because Bella repeats over and over again that they have skin so pale it actually looks transparent and papery...and that he had long black hair. But for some very odd reason the voice I would hear in my head was the voice of Edi and the picture of Aro in my mind was a picture of Laurent.

And oddly enough, my image of Caius was actually Peter (Carlisle). An exact version of Carlisle as evil. Odd considering it would be so difficult to picture Carlisle as cold and heartless (in the emotion sense) as Caius.

Mod
I think that it is a little weird that they are all such different ages and at first I really didn't like it but after thinking about it the books never say how old they were when they became vampires. And since then Cullens really vary in age I guess so would the Volturi.

reply | flag *
message 37: by [deleted user] (new)
Aug 31, 2009 10:51PM
Marcus always made me laugh, I had this picture in my of a college student already bored with the world. It was so hilarious how he would just tap Aro's hand and not care. I imagine he sighed a lot. 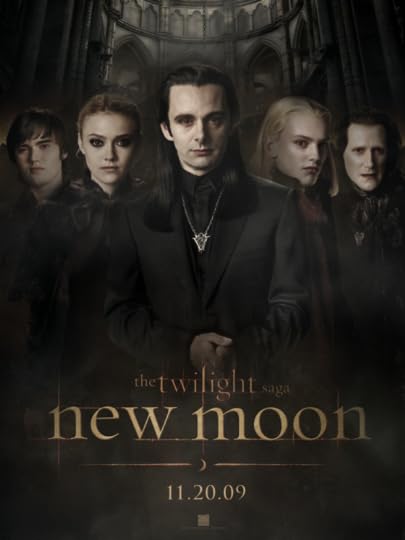 Looove how Jane looks. I can see Dakota more now.

so excited those are awesome pics! i love the volturi all together!

hhm i dont like caius. he looks too girly and not Evil if u know wat i mean. alec nd jane r great. not sure bout the others tough. i always pictures aro as older...
janes eyes are awsome. they outlined them so much that they really stand out.
cant wait for the wovie anyway :)

i love jane! But for some reason, i imagined jane with a short brown bob, bright red lipstick, a beauty mark dark eyes and being really short.


they didn't make their skin right! It's supposed to be like onion skin, right?

lol ya its hard to see a movie and the characters are all wrong in your head!!!!! :p they should have taken a poll or something to decide what they look like! but can you imagine being dakota fanning and being jane in a worldwide phenomenon? everyone would want to be you!

Check out the Weasel Book Society.