OMG, there were a lot of you who wanted to join! :D
I'm all in awe

I've counted 29 people (including myself)!
So this certainly is an EPIC read. LOL ;)

You can talk about the book here during the read. The book is a shortie, but still it's easier having a common ground.

This BR will be held both here at GR, but also over at Leafmarks. I'm hoping you'll post updates and reviews on both places (if you have accounts at both places of course).

While I have communicated a bit with the author, this BR is in NO WAY initiated by her (at least I think the author is a she). I've known about this book for a while and I was waiting for release day to ask you to join me. That being said, I have received a complementary copy from the author, but starting this BR was ALL ME, okay, not part of a big conspiracy to take over the world or something. ;)

Now in preparation let me give you some fun facts about Norway, hmm?
Because apparently:
"Most Norwegians love to talk about Norway to foreigners and anyone who don't agree with them that Norway is a beautiful country are considered to be either weird, slow, or both. Whaat? O.o Funny facts about Norway

(I've just copy-pasted these from the web, so the wording is not my own)

* Norway is the European country (Russia excluded) with the longest coastline - 53,199 km according to the World Resources Institute.

* The unification of Norway was achieved in 872, the year the Kingdom of Norway was founded, with Harald Fairhair as its first king.

* Food stores (or any store) are not allowed to stay open on Sundays, but petrol stations and kiosks selling groceries are.

* You can only by wine and liquor from special liquor outlets called Vinmonopol.

* The Lærdal road tunnel on road E16 is the world’s longest road tunnel (24.5 kilometers/15 miles)? (I drove through it this summer)

* The first Secretary-General of the United Nations was the Norwegian Trygve Lie, serving from 1946 to 1952.

* Several movies have scenes shot from locations in Norway, including the James Bond movie "Die Another Day", "Harry Potter and the Half-Blood Prince", the Starwars movie "The Empire Strikes Back" and "Superman II".

* The Vikings of Norway (and Scandinavia) are well-known, they had a reputation as fierce and fearless fighters. Vikings did not have helmets with horns. In fact, it is not clear if Vikings used helmets at all.

* There are as many Norwegian descendants living in the United States as there are Norwegians in Norway. In North Dakota, Minnesota and Wisconsin there is substantial proportion of inhabitants with Norwegian ancestors.

* Norwegian and English are not only closely related, but a number of Norwegian or Old Norse words have been adopted in English as well as other languages, examples:

Think about that the next time you read! ;) LOL

Here'a fantastic short Youtube video Marco found and included in his pre-review of Summer Fever at Leafmarks.
10 Reasons Norway is the Greatest Place on Earth

Oh, and check out Elsbeth hysterical GIF in her pre-review! ROFL! Or better yet, Elsbeth, can you post your GIF here too?

Now I get so nostalgic when you do all this Norway advertising. Do not forget your hunk hero. (view spoiler)[ 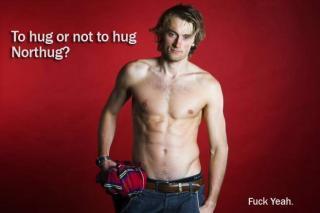 Ingela wrote: "Now I get so nostalgic when you do all this Norway advertising. Do not forget your hunk hero.
"

I loved that Youtube gif, it was beautiful. I must try to spend more time over there in your country.

I'm thinking of starting a bit in my lunch break! I'm too excited to wait more. I'll read the most of it this afternoon though!

I'll join you guys later this afternoon.
Looking forward to it!
Marte, no alcohol in the supermarkets in Norway?

I'll try sneaking some reading at work too :P

Alona wrote: "I'll join you guys later this afternoon.
Looking forward to it!
Marte, no alcohol in the supermarkets in Norway?"

Just beer and cider with maximum 3,5% alcohol. Wine and other deliciousness I need to go to the liquor store (Vinmonopol). I have one in my town were I live, but if you live in a more remote area you need to go to a larger town that has one! Stupid strictly rules. 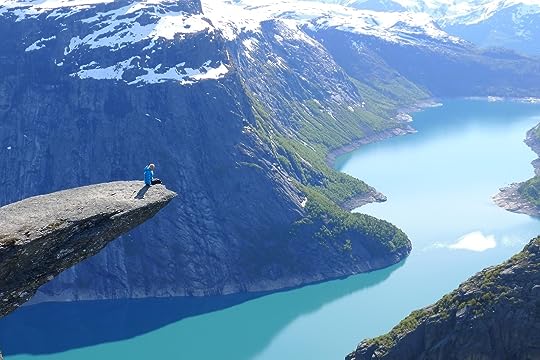 Britta ! Nachteule of the Pentagram of Death ! wrote: "Starting!
"

So.. the writing is really bad!

Sonia ~I want MARCO back & Ricky Roman's One and Only in an alternate universe~ wrote: "So.. the writing is really bad!

Marte is also on Leafmarks wrote: "Sonia ~I want MARCO back & Ricky Roman's One and Only in an alternate universe~ wrote: "So.. the writing is really bad!

Marte loved that information on Norway as I don't know much about the country. Here is my favorite Norwegian american character...Rose Nylund from St. Olaf!

I'm about to start this one now!

Love the info on Norway. I want to take a trip there. I had some questions about the education system as Axel was almost 20 and had just graduated. Went to Wikipedia for a quick update. Interesting as their Upper secondary school is from 16 - 19. The primary is 6 - 13. Their Lower secondary is 13 - 16. Upper secondary is not required but everyone seems to go. Cleared that question.

I'm completely baffled about the story. It's kind of pretty bad (sorry) and there is this part I just can't believe.

I'm taken aback that any hospital in Europe (especially in Norway) would let a patient die if he couldn't pay the money for an antivenom.

Marte??? Any comments on the Norwegian health system?

Sunne Manello wrote: "I'm completely baffled about the story. It's kind of pretty bad (sorry) and there is this part I just can't believe.

I'm taken aback that any hospital in Europe (especially in Norway) would let a..."

I wondered the same thing.

I don't think it might be just you, I've seen both here and on LM that people are not enjoying it. Apparently there are a lot of WTF moments. Such a shame. I might read it now, not too sure.

Hm...to be honest, if you haven't bought it yet, I would spare the money.

You're welcome. If you are curious, just download the sample, you'll soon enough get the comments about the writing.

Finished. Okay for a quick interlude. There was potential in the plot but it was never realized.

Hi, guys. I haven't started yet. My afternoon's are pretty hectic and it's bedtime for my kids before I can start. I'll read updates and comments later okay?

You're allowed to mean what ever you like about this book. It's the book you're judging not me. ;)

What the hell? Can this get any worse? My fucking internet connection just broke!! Arrrrrg! *furious*
I can't use my computer. I'm using my phone to type this. Fucking hell... :(

I'm starting though. Won't be able to check as much updates and stuff as I would like until my line is back and I can use my pc.

Hey, I'm on my phone to, and i only have a signal half the time :p
So might not be a lot of updates from me either... :(

oh good, i thought i was the only one left. i added it hours ago, but was unable to start it. i will be starting now...

I'm finished and review is written...

Good morning!
I'm still saying that eventhough it's almost eleven o'clock. I had a lay-in this morning thanks to my husband. That felt nice.
It's a new day and I have a book to finish. 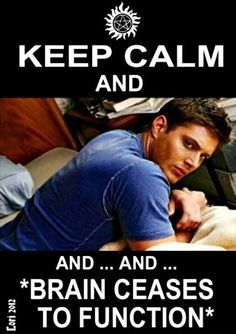