Learn The Answers to the Universe's Biggest Questions!

Science and religion have two seemingly opposing views of the universe’s biggest questions.

Is it possible that devotees to evolution can learn something from the biblical account and find common ground to resolve some of their long-held differences with creationists?

Daniel Friedmann will be stopping at Goodreads July 23, 2019 to answer any questions. 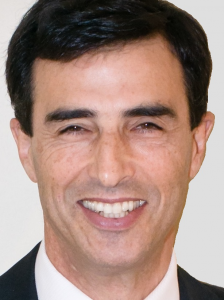 Daniel Friedmann is a student of the origin of the universe and life on earth both from the scientific and biblical perspectives. His work on reconciling the biblical account with scientific observation utilizing his biblical clock formula has been reported in various newspapers, magazines and radio talk shows.

He is presently Chairman of the Board of Carbon Engineering. A company dedicated to removing CO2 from the air to reduce climate change. For 20 years, until 2016, he was CEO of a global communications and information company which built the space station robotic arms, is involved in space exploration and the Hubble telescope. He is a professional engineer and holds a master’s degree in engineering physics. He has 30 years’ experience in the space industry. 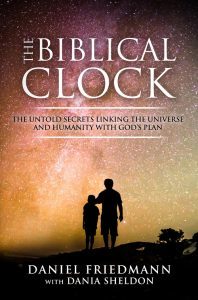 In the new release “The Biblical Clock: The Untold Secrets Linking the Universe and Humanity with God’s Plan” he carefully examine the relationship between scientific theory and biblical teachings. The book shows an approach to a resolution of the debate between science and scripture with respect to the timing of the formation of the universe and the appearance of life on Earth.

You’ll discover some of the biggest questions between science and religion, including:
Does the six-day creation account actually link with science’s 13.8 billion-year timeline?
How can the appearance of life on Earth, as depicted by the fossil record, match the sequence and timing of life on Earth described in Genesis 1?
Do Genesis and the evolution of human history reveal a pattern in history?
Are there texts predating modern science that describe the Big Bang and contain the scientifically calculated age of the universe?

Available at:
The Biblical Clock
https://www.amazon.com/gp/product/B07...