16 views
Guess Who (by artist's works!) > nothing but flowers (Cy Twombly) 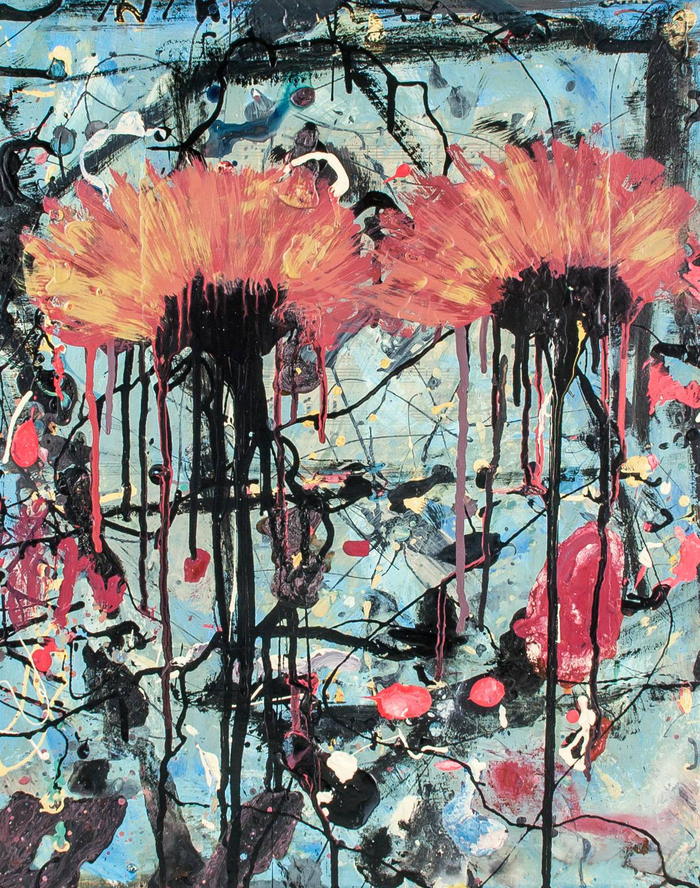 It's not Pollock, right nationality, but this artist lived and worked much longer than Pollock

Sorry, both wrong...
I've a feeling that this could be a difficult one...
Maybe with the next pic... 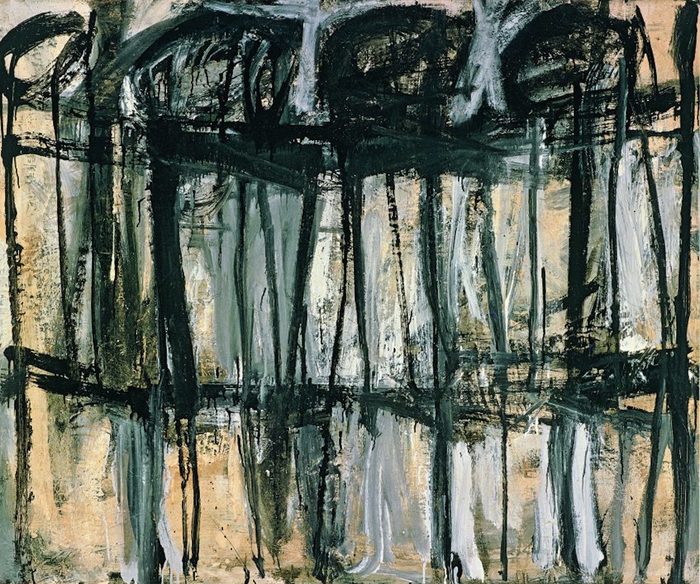 I like the painting but have no clue. Who was that gal married to Pollock. Lee something?

Lee Krasner, but it's a man we're looking for.
Some facts: born early last century, died this century, in his eighties.

Franz Kline used a lot of black in his even more abstract expressionist paintings.

Sorry Geoffrey, it's not Kline.

I wonder if this will help?
At least it gives an impression of the size of his canvasses ;-) 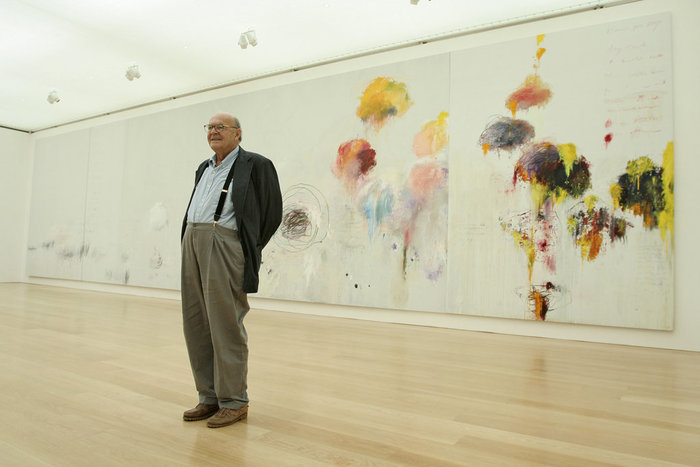 I was thinking Franz Kline too. No clue who that guy is.

Once more credits to Ruth! it is indeed Cy Twombly, congrats Ruth!

Edwin Parker "Cy" Twombly Jr. (April 25, 1928 – July 5, 2011) was an American painter, sculptor and photographer. He belonged to the generation of Robert Rauschenberg and Jasper Johns.

Maybe less know because he went to live in Italy where he met and married Tatiana Franchetti in 1959, They had a son, Cyrus Alessandro Twombly (born 1959), who is also a painter and lives in Rome.
In 1964, Twombly met Nicola Del Roscio of Gaeta, who became his longtime companion. Twombly bought a house and rented a studio in Gaeta in the early 1990s. Twombly and Tatiana, who died in 2010, never divorced and remained friends.
In 2011, Twombly, suffering from cancer for several years, died in Rome after a brief hospitalization.
https://en.wikipedia.org/wiki/Cy_Twombly 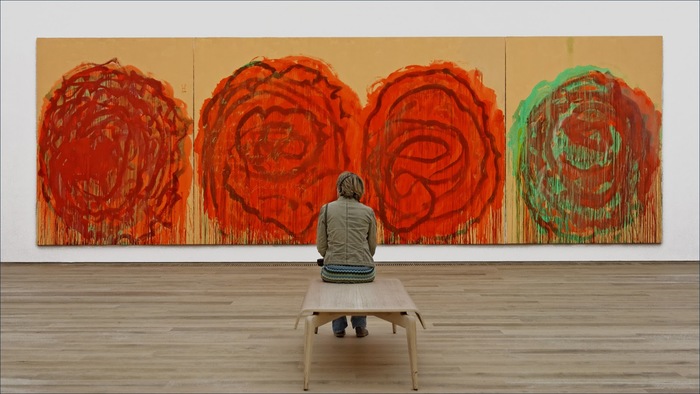 I must humbly admit I hadn't a couple of months ago, before I went searching for the PIC of the Day thread ;-)

I must admit that 20th century modernism is my cup of tea. But it took me awhile with this.

Ruth wrote: "I must admit that 20th century modernism is my cup of tea. But it took me awhile with this."

Is that because he lived in Italy most of his life?

I never liked his work, that which I had seen of his, but do find the first two posted interesting.Otherwise, I peg him a step above Barnett Newman. I have found so much of his work has left me with the feeling, oh ho hum, done gone boring again.....that I am very pleasantly surprised when I see better work of his. Otherwise, I put him in the trash heap of early AE.

Well I must say I only posted pics I liked, there is indeed work of his that is not really worth the effort so to speak.
But I have a couple more:

No idea about the size of this, but I guess it is also more that 2 meters high ;-)

Dirk wrote: "Ruth wrote: "I must admit that 20th century modernism is my cup of tea. But it took me awhile with this."

Is that because he lived in Italy most of his life?"

I didn’t even know he did.

Dirk wrote: "Well I must say I only posted pics I liked, there is indeed work of his that is not really worth the effort so to speak.
But I have a couple more:

Hi Annette! Are you new or are we just getting the pleasure of hearing from you? Thank you for your comment!