The gals discuss a couple of utterly bonkers cults that have somehow evaded the spotlight in recent years. These stories will have you saying “Uganda be kidding me!” and googling travel agencies to take you to the comet Hale-Bopp (AKA San Diego). Episode topics include our odds for scoring a Nike endorsement deal, #tfw your apocalypse predictions are thwarted, and everyone’s favorite company, Herbalife. This week’s wine pairing has a bizarre (and somewhat inexplicable) cult following of its own: Kendall Jackson Chardonnay. Go grab a bottle (you know it’s on sale) and enjoy!

Yes, that was pretty funny. I was thinking Walmart and their little associate huddles, etc.

The different kinds of cults were interesting. I always thought they were religious fanatics but certainly not always.

I remember that Heaven's Gate one - bizarre - the shoes. I sure didn't see that the leader was charismatic.

The Heavens gate one is weird because I lived in San Deigo at the time. I was 15, and we use to drive by that Ranch all the time.

My drink pairing for this podcast is: 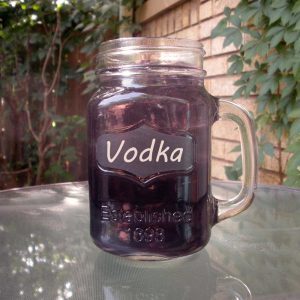 If you think about it, grape flavored Kool-Aid is like the little brother to tropical punch. Grape sits around, letting Tropical get all the attention, then when Tropical leaves the room, everyone whispers to Grape, “You’re actually my favorite.” There’s not a signature drink that uses grape flavored anything, so it’s vodka’s turn. Vodka is great because it adds the booziness you need for adult Kool-Aid, but won’t mess up that classic grape taste. Of all the alcoholic punch recipes, this one brings out the most smiles. Who doesn’t love grape Kool-Aid? The purple color sets it apart, making a visual splash as well. Don’t worry about a garnish on this one. That would be silly 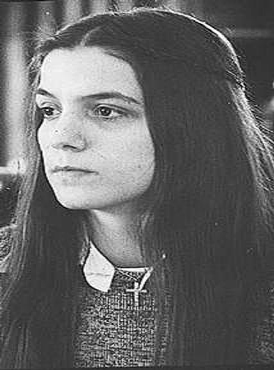 Fall River, Massachusetts already had a sordid past when the bodies began piling up. Home to the infamous Lizzie Borden, long-suspected axe-murderer of her own father and stepmother, the little town that had once been the heart of the New England textile industry had little claim to fame apart from the brutal murders and subsequent acquittal of spinster Lizzie.

However, when the local economy took a sharp decline in the late 1970’s and the textile factories began shutting down, Fall River began to take on a new vice: prostitution. The streets were crawling, night after night, with prostitutes and their pimps, and john after john rolling by, eager to claim one for an hour or two. The local police were still struggling to get a handle on the situation when the first body was found, and a whole new sort of evil was found in the little eastern seaboard town.

Doreen Levesque was only 17 years old when her brutalized body was found on the grounds of Diman Vocational High School in Fall River, in 1979. Facedown in the grass with her hands bound, her body was a mess of cuts and bruises, with signs of sexual assault, and her face and skull were so broken and crushed that the woman was all but unrecognizable. When her identity was finally discovered, police were no closer to a suspect; Levesque was a runaway and a known prostitute, whose unfortunate line of work put her in contact with the seedier side of society. What the discovery did prove, however, was that the prostitution problem in Fall River was out of control. Levesque had been drawn to the town from New Bedford, as the rumors of money to be made in prostitution in Fall River had spread beyond the little town’s borders.

Another body was found in 1980, this time in the woods behind a disused printing factory. Barbara Raposa was 22, and another known prostitute. The circumstance of her death was even more chilling than Levesque; Raposa was discovered by a man walking his pet beagle, laying with hands bound, facedown atop a flat stone that greatly resembled an altar. As with Levesque, her body was extraordinarily beaten, and her skull was crushed. There were also stab wounds to her head. The man who discovered the body found it to be so unrecognizable as a human form that he thought at first that his dog had happened upon a mangled dead animal; he didn’t realize the truth until his pet attempted to eat the remains.

By this time, the small town of Fall River was in a frenzy. Someone dangerous was stalking its streets, and though the victims had been on the outskirts of society, no one felt safe. The first clue came with the missing persons report filed by Raposa’s boyfriend, Andre Maltais. When questioned by the police, he spun a tale of true terror: there was a Satanic cult operating within Fall River, particularly in the prostitution community. Raposa’s murder bore signs of a ritualistic killing, and the idea that there was a cult at work made police believe there could be more murders in the future.

Local police made every effort to infiltrate the supposed satanic cult within the prostitution ring, to the degree of ingratiating themselves with known pimps and prostitutes in order to witness meetings, in which the group chanted and performed ritualistic acts in order to summon the power of their perceived master. Tips came in to the police department, leading them to clearings in a local forest preserve that had been used in supposed satanic rituals and bore evidence of these proceedings. It seemed that the two murders were on the cusp of being solved when Karen Marsden, an area prostitute, came forward.

Marsden was in fear for her life. She felt that she knew too much, and was too far outside the close-knit inner circle of the satanic group to remain safe. She told the police everything she knew, naming local pimp Carl Drew as the ringleader of the group responsible for the murders. Offered protective custody for her cooperation, Marsden refused. On February 8, 1980, Marsden requested police to drop her off at a local church. It was the last time she would be seen alive.

It was months before any remains were discovered, and all that was recovered was Karen Marsden’s toothless skull. Tattered remnants of her clothing and pieces of her jewelry were found scattered along a mile-wide strip of forest, leading police to believe she had been dragged. Her body was never found, though police speculated it may have been disposed of over the fence of a local pig farm, to ensure that it never be found.

A break finally came in the way of a tapped phone call that revealed Marsden’s killer. The voice on the line was not that of Carl Drew, however, but that of his 17 year old girlfriend, Robin Murphy. Police were taken aback to discover that 25 year old Drew was not in fact the ringleader of the prostitution ring or the Satanic cult: it was Robin Murphy.

Murphy was not unknown to police. She had been involved in prostitution from her early teens, but her coldness and cutthroat demeanor had moved her through the ranks of the prostitution ring until the young girl was running the show. The elements of the satanic cult had begun as a way to control the group, and quickly spiraled out of control. It seemed a solid case against the young woman; she was even recorded claiming that she would never be prosecuted for Marsden’s murder, as there would be no evidence found: she claimed to have stripped nude prior to the killing, to avoid any blood transfer from the victim. Unfortunately, that solid case was shot to hell the moment Robin Murphy started talking to prosecutors.

It’s very simple: Murphy was a young, pretty teenager, who had already proved her power of manipulation in taking over the local prostitution syndicate at such a young age. Unfortunately, prosecutors were all too quickly taken in by this charade, and Murphy turned state’s evidence in exchange for immunity in the murders of Raposa and Levesque, while pointing the finger squarely at Carl Drew for the murder of Karen Marsden. She described in detail how Drew knelt on the Marsden’s beaten back, pulling her head back by her long hair and decapitated her with a hunting knife, all the while admitting no real involvement herself. Her cooperation with the prosecution earned Robin Murphy the lesser sentence of second-degree murder, as opposed to Drew’s life sentence, in the murders of Marsden.

Barbara Raposa’s boyfriend, Andre Maltais, was convicted of her murder, based greatly on the testimony of Robin Murphy. However, following his conviction, he was found to be clinically insane, and the verdict remains questionable to this day.

No one was ever tried or convicted in the murder of Doreen Levesque.

To this day, police involved with the case remain skeptical of Murphy’s testimony, and many have spoken out against the light treatment of Murphy in the case. More than one informant, including the murdered Karen Marsden, had pointed to Murphy as the ringleader; Marsden had gone as far as to say that Murphy had instructed all present at the murders of Levesque and Raposa to inflict harm upon the bodies, to ensure their silence in involving them directly in the deaths.

Carl Drew remains in prison, still protesting his innocence. Andre Maltais died in prison. Robin Murphy was paroled in 2004, however was arrested on a parole violation in 2011, and is back in prison. Her latest parole hearing was held on March 12, 2012; she was denied release.

In modern English, the term cult has come to usually refer to a social group defined by its unusual religious, spiritual, or philosophical beliefs, or its common interest in a particular personality, object or goal. This sense of the term is controversial and it has divergent definitions in both popular culture and academia and it also has been an ongoing source of contention among scholars across several fields of study. It is usually considered pejorative.

Loved that they included the Trump, Make America Great Again people as a cult.