The pillow piro is very interesting...2000 fires before getting caught....what the heck

Crazy. I've written down both bottles of wine so I'll go out later and listen to these podcasts... :)

I did see that forensic files they talk about. Pretty darn arrogant of him to set fires at the fire investigator conventions.

Sheila wrote: "I did see that forensic files they talk about. Pretty darn arrogant of him to set fires at the fire investigator conventions."

I guess he got away with it so long, because HE wast the one investigating it!

I couldn't believe it. On the local news tonight a firefighter was arrested for --- setting fires!

I agree. This guy was the assistant chief.

Jammin Jenny wrote: "Crazy. I've written down both bottles of wine so I'll go out later and listen to these podcasts... :)"

Are you doing this in one night?

Yes, I think I'm going to just pick one of the bottles they mention and listen to several episodes at once - I know it's not what they recommend but my purse strings are a little tight so I'll just have to pick the one that looks the best...

Lol, No worries, I am sure one bottle could last you a few episodes.

My drink pairing for this Episode:
Irish Fire Vodka 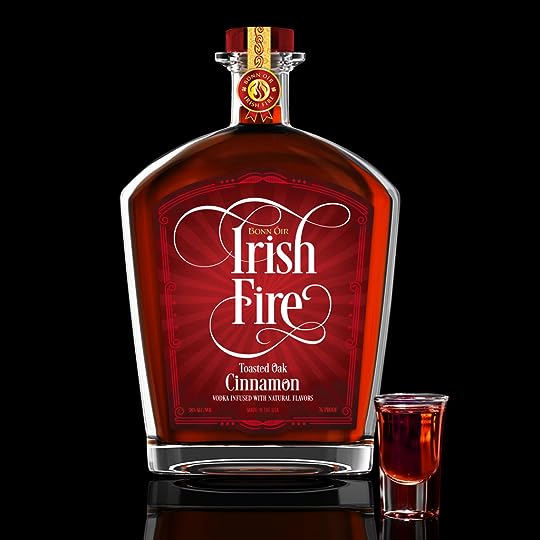 For my story I decided to go with a female arsonist 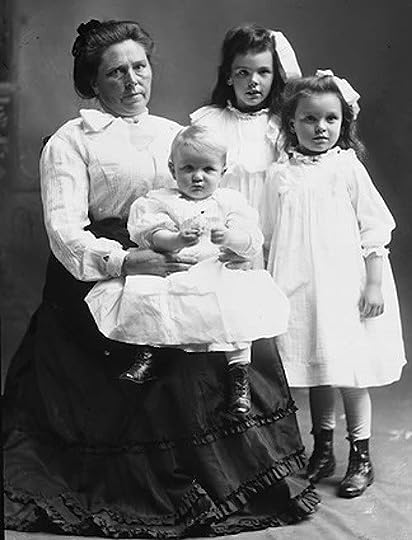 Belle Gunness
Norwegian-American Belle Gunness was responsible for killing 40-plus people in the very early 20th century. Most were suitors and husbands; Gunness' motive was thought to be the collection of life insurance policies and other sources of wealth. After killing her first two husbands, Gunness placed a personals ad that would attract several of her later victims: "Personal — comely widow who owns a large farm in one of the finest districts in La Porte County, Indiana, desires to make the acquaintance of a gentleman equally well provided, with view of joining fortunes ... Triflers need not apply."

Gunness allegedly faked her own death in an arson set in her home; the headless body of a woman dressed in her clothing was later discovered in her bed. (Her dead children were also found in theirs.) Several witnesses who saw the body said there was no way it could be hers (Gunness was 6'0" and 200 pounds), but dental records later "confirmed" it. However, a hired hand of Gunness' said that she'd placed her own false teeth in the corpse's head (which she'd dressed as herself), and escaped by train. Gunness was reportedly sighted around the United States for decades afterward, but her ultimate fate is unknown.>

There are six motive classifications that are associated with firesetters:

After immigrating to New York City during the Mariel Boatlift in 1980, Julio Gonzalez was working as a warehouse employee when he met Lydia Feliciano, who became his girlfriend. A decade later, after losing his job and getting dumped, a drunk Gonzalez visited Feliciano while she was at work as a coat-check girl at the Happy Land Social Club, an illegal bar in the Bronx. Feliciano begged him to leave, and Gonzalez shouted threats while being thrown out by the bouncer.

After purchasing a dollar's worth of gasoline at a nearby gas station, he returned to the club, where he poured the gas over the stairs (the only exit) and threw a match on it. The fire burned so rapidly that patrons didn't have time to stop what they were doing and flee. Fire investigators found the dead stopped mid-life. Feliciano was one of the six survivors.

Capture: Gonzalez watched the firefighters battle the blaze, then went home to nap. When police interviewed the survivors, Feliciano told them about her fight with Gonzalez. Gonzalez admitted to setting the fire. He didn't even get rid of the evidence—his gas-soaked clothes were still in his apartment. He was found guilty of 174 charges of murder (two for each person who died) and was sentenced to 25 years for each count, for a total of 4,350 years. The punishment is mostly symbolic, because he will serve the sentences concurrently.

Story:
John Orr hoped to be a Los Angeles police officer, but didn't make the cut. Instead, he joined the Glendale Fire Department as an arson investigator. His coworkers thought Orr was strange—he chased down shoplifters and burglars in his fire truck. But they admired his dedication and his uncanny ability to be the first firefighter on the scene. He always knew where the hydrants were, the best way to put out each fire, and how to find the cause of the fire. His colleagues never suspected that Orr was the man they had dubbed the "Pillow Pyro."


Orr used the same incendiary device for all his blazes: a cigarette attached to a book of matches wrapped in paper with cotton and bedding (hence the nickname), secured with a rubber band. The cigarette would burn down, and the matches would ignite the paper and bedding. In 1984, a fire at a local hardware store killed four people—including a 2-year-old child—and destroyed the building and nearby establishments.

His literary aspirations contributed to his downfall. He wrote a manuscript, called Point of Origin, describing a fireman who was an arsonist, which became damning evidence. He wrote: "To Aaron, the smoke was beautiful, causing his heart rate to quicken and his breath to come in shallow gasps. He was trying to control his outward appearance and look normal to anyone around him. ... He relaxed and partially stroked his erection, watching the fire." Orr is serving life plus 20 years for arson and the four murders.

Story: Raymond Lee Oyler was a 36-year-old dim-witted mechanic in Riverdale, Calif. (His own lawyer characterized him as dopey.) He trained for three months to become a volunteer firefighter, but quit. Yet his love affair continued. He began starting small fires, but minor blazes weren't enough—he became obsessed with lighting a mountain on fire. He started more and more fires by attaching a Marlboro cigarette to a pack of matches, placing it in the brush, and lighting the cigarette. After bragging to his girlfriend about his fires, she threatened to leave him if he didn't stop, so he quit — for six months, before starting again.

In October 2006, investigators say Oyler placed his trademark incendiary device in a gully near Esperanza Avenue in Cabazon. The Santa Ana winds fed the fire and it spread at speeds up to 40 mph, with flames leaping more than 100 feet into the air. The 1,300-degree fire melted guardrails along Highway 243. A truck driver testified that he saw Oyler at a gas station in Banning watching the fire. He claims Oyler said, "[the fire] is happening just the way I thought it would." A wave of fire rolled over five firefighters as they tried to save a house from the blaze; all five died.

Capture: A $500,000 reward was offered for any information related to the Esperanza blaze. Arson investigators were already looking at Oyler for two smaller fires set in early summer. Both of the cigarettes used to light the flames had Oyler's DNA on them. Police officers first arrested him for the two smaller blazes and then later charged him for the Esperanza fire. While there was no DNA on the device that started the Esperanza blaze, it was identical to those with Oyler's DNA on them. After a guilty verdict, a judge sentenced Oyler to death.

The Hundred-Foot Journey (other topics)