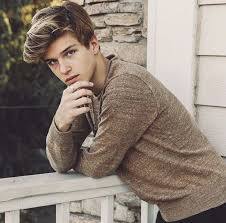 Zander has short brown hair combed to the side. Light blue eyes and a diamond shaped jawline. Slim with a little bit of muscle stands at 5’10” . Uses contacts. Wears anything formal,casual, or comfortable. He has dimples, few birthmarks,and a scar on the side of his cheek. Clear skin from taking care of. He is also British Other markings or accessories: piercings and a necklace from his father.

Personality: Zand is really smart but lazy in the same time. He is relaxed most of the time but he can have a lot of attitude from time to time. He’s mostly nice. He loves to makes other people laugh and smile. He his very emotional. Zand dislikes sports but loves doing art and photography. Fluent in English and Spanish

History: Zand came from a really rich family from Florida but he moved when he was 6 because his family was being threatened. His father was a cruel and unfair landlord who stole people’s money. his american dad died in car accident when he was 14. Zand was in the car but he didn't get hurt, he only got scar. The first thing he got from his father's dead body was his necklace which now zander wears to remember him. His mother is a successful lawyer, managing to care for Zander and pay money to keep the search going for Zand’s sister.

Likes:
-photography
-art
-being around loved ones

Other- Zander is bi. He plays clarinet and bass clarinet. He also loves doing art and is trying to find his twin sister. 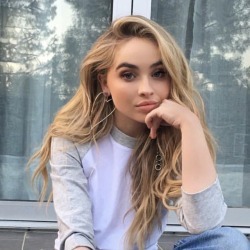 Faith has long blonde hair part of her hairs is in the side. Light blue eyes and . Slim and also flexible. Stands at 5’0” . Uses contacts. Wears anything formal,casual, or comfortable depending on her mood and if any occasions are near. She has dimples, few birthmarks, Clear skin from taking care of. He is also mexican-american

Personality: Zan is really smart and energetic in the same time. she is relaxed for the most part but she can have a lot of attitude when necessary. She mostly nice. She enjoys hanging out with her friends and brother.Faith dislikes anything to do with dirt. She can get very emotional. Fluent in English and Spanish


History:Faith came from a really rich family from Florida but she moved to Oregon when she was 6 because her family was being threatened. Her father was a cruel and unfair landlord who stole people’s money. Her american dad died in car accident when Faith was 14. Fait was in the car but she wasn't found until her brother found her. His mother is a successful lawyer, managing to care for Zander and Faith

Likes:
-Cheer
-Singing
-Dance
Dislikes:
-Dirty
-Fake people
-not being on time
Relationship status:single
Family at the academy:Zander-Dean Watson
Friends at the academy:(open)

Other:Faith is straight. She is very flexible and enjoys cheer