I have a sneaking suspicion that this could be a little bit more difficult! Let’s see: 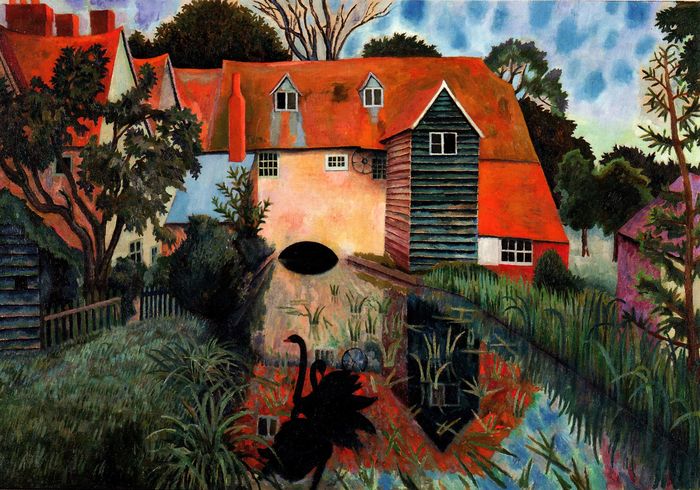 This is difficult! Is he/she a european painter?

I thought so…
Maybe a second painting will help… 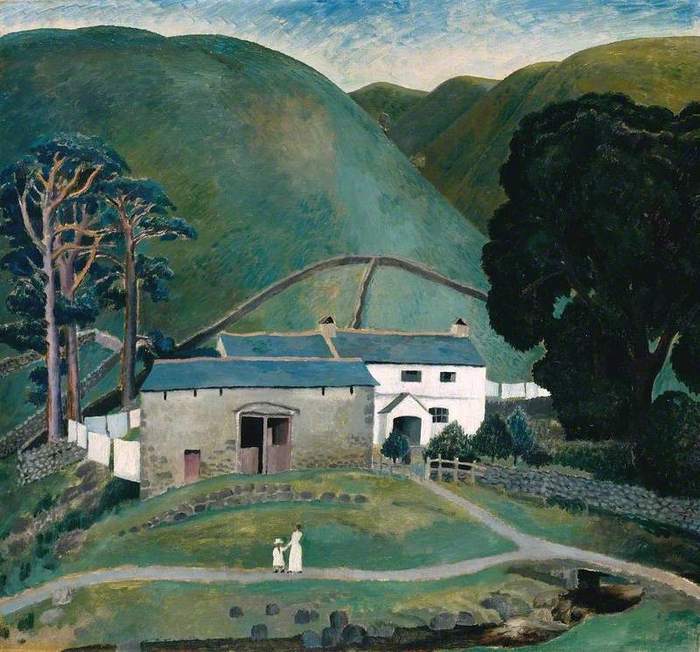 And to narrow the search: the artist is British. 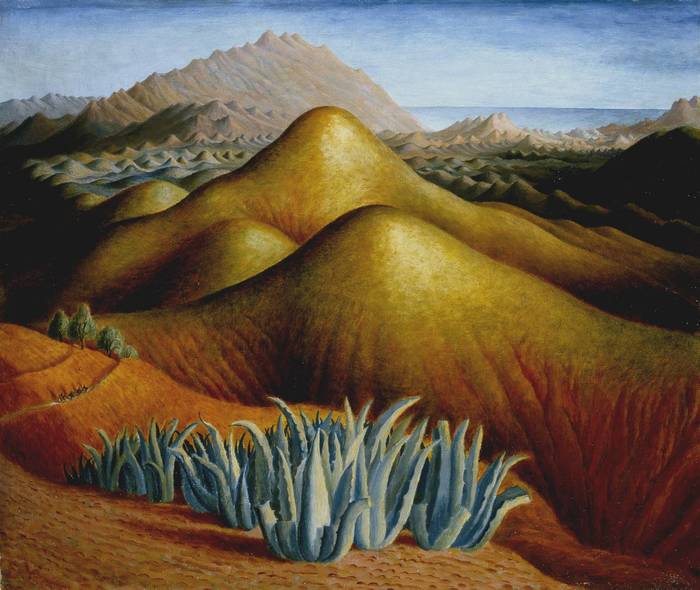 Of course, on my phone I can only see a sliver of the painting. The far left side so I’ll have to go to my PC and check them out. I could be way off! Haha

Heather wrote: "Of course, on my phone I can only see a sliver of the painting. The far left side so I’ll have to go to my PC and check them out. I could be way off! Haha"

Ha, it's a good guess Heather, based on this last pic, but yesterday I gave a little extra hint: the artist is British!

Still having trouble with that phone? ;-)

Oh I didn’t even see your hint. Oh well.

Oooh I love this one. It looks like southern California. I'd better do some research to figure this one out.

A lovely morning not reading the Washington post but rather looking at a bunch of English artists I never heard of. I didn't locate any of these paintings but will venture a guess...David Inshaw?

Both wrong. Maybe it's time for an extra hint?
But certainly a fine way to spend your morning ;-)

All right: the artist is female.

Dirk, I hope you’re keeping these to the more famous artists... just saying.

Well what is famous...
Remember you posted Mehoffer ;-)
There was a movie made about this artist, is that famous enough?

Mehoffer had been discussed before, only before you joined the group. That’s why I posted it. And even that painting itself was posted in another area in the group so it wasn’t out of nowhere.
I’m just reminding you. You have mostly done famous ones but there have been a few that some members have never heard of...
No offense, just stick to the guidelines of the thread. You’re fine.

Is he still alive? 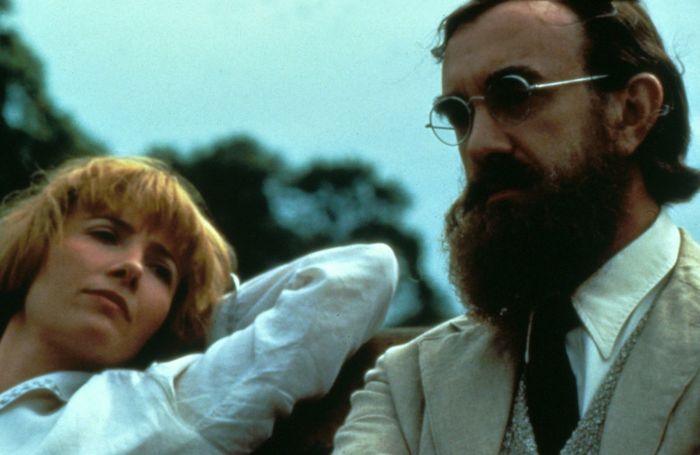 She? So a female artist...I was gonna say Paul Nash
..

The writer (right in the film still) died of undiagnosed stomach cancer on 21st January 1932. His death made her (the artist on the left in the film still) suicidal. She wrote a passage from David Hume in her diary: "A man who retires from life does no harm to society. He only ceases to do good. I am not obliged to do a small good to society at the expense of a great harm to myself. Why then should I prolong a miserable existence... I believe that no man ever threw away life, while it was worth keeping."
After a failed attempt she shot herself on 11th March 1932.

Virginia Woolf wrote in her diary: "Glad to be alive and sorry for the dead: can't think why … killed herself and put an end to all this." However, ten years later she followed ….’s example and killed herself.

Dora Carrington, who was friends with the Bloomsbury Group.

It's a joke with radiologists to hang pictures of her rounded mountains in their mammogram rooms :-)

But Leonora Carrington was during WW II so she would be after this artist shot herself...

I just read Wikipedia on Dora Carrington. There is no mention of Leonora but it’s interesting that the date of the two seemed to relate to one generation. Interesting they were both artists.

This tells about the movie "Carrington" about Dora Carrington and Lytton Strachey's relationship.
https://www.rogerebert.com/reviews/ca...

I haven't seen that movie, but I did see a documentary about the Bloomsbury group and their friends. Lots of talented people, but such tragic events.

Well done Connie!
I thought the mention of Virginia Woolf and the implication of the Bloomsbury group would be the giveaway.

I saw the movie when it came out in 1995 and liked it, but I'm a big fan of Emma Thompson and I also liked the music score by Michael Nyman and bought the CD. I assume it was not really a success in the States?

I still have one more pic: 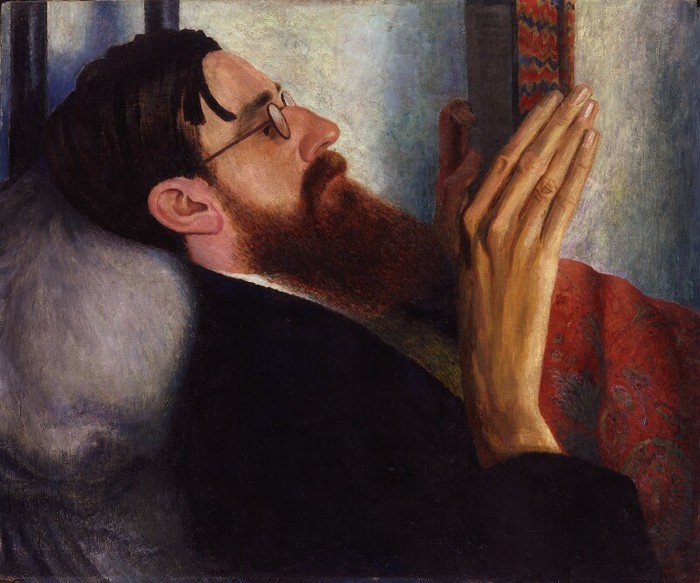 Heather wrote: "There’s a Dora Carrington? I’ve heard of Leonora Carrington, I introduced her awhile back. Are they related? I read Leonora’s autobiography and It never mentioned Dora Carrington. Coincidence?"

I remember your introduction of Leonora and was also confused for a moment because I remembered the movie Carrington.

I think it's just a coincidence that there are two female artists with the same name in more or less the same time period, but Leonora was 27 years younger. She met Max Ernst a couple of years after the death of Dora when she was 19.

I doubt they themselves knew about the existence of each other...