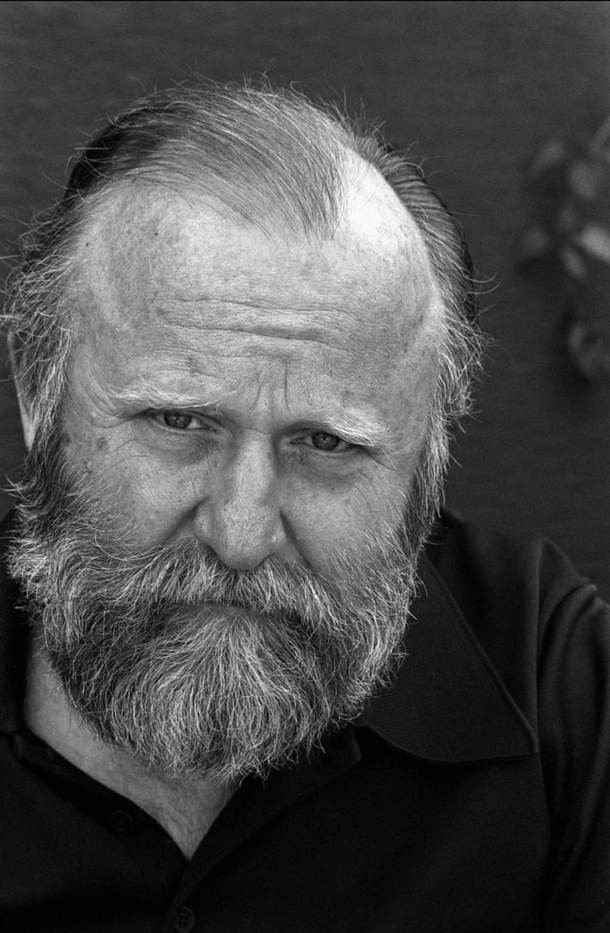 In 1928, on the morning of his eighth birthday Frank Herbert declared to his parents that he is going to become 'an author' one day and that indeed he has. His Dune Saga is timeless and world-renowned, becoming the top-selling Sci-Fi to this day. Before becoming a published author he was also a newspaper journalist, photographer, short story writer, book reviewer, ecological consultant and lecturer. He lied about his age to get his first job in a newspaper and briefly during the WW2 he served in the U.S. Navy's Construction Battalion in capacity of a photographer.

In 1940s his stories started getting published, first in Esquire, then Modern Romance. After getting married to Beferly Ann Stuart, his second wife whom he met in creative writing class, and having two sons they moved to California. There he went back to journalism and worked as a writer and editor for various publications. It was there where Herbert was exposed to work of Freud, Jung and Jaspers, also familiarizing himself with Zen Buddhism.

Frank Herbert's first sci-fi story appeared in a magazine in 1952, from there his multiple works featured in "The Astounding" and the Amazing stories magazines. In 1959, with support of his wife who became the breadwinner, he set out researching material for what later would become Dune. Upon its completion, Dune was refused by over twenty publishers before getting accepted by a publishing house most famous for its auto-repair manuals (getting a deal of $7,500 plus royalties for it). In 1972 Frank Herbert had finally quit his newspaper writing and devoted his time to writing fiction.

Besides Dune he also wrote a whole range of sci-fi novels on various subjects. The themes he often touches upon are ecology, politics, relegion, survival, human potential and psyche. He often explores themes of madness, use of consciousness-altering chemicals, sociobiology and how cultures form languages.

Before his death from a massive pulmonary embolism while recovering from surgery for pancreatic cancer on February 11, 1986, in Madison, Wisconsin, age 65, many of his works had recieved critical acclaim becoming New York Times bestsellers.

Here's the list of the award-winning titles by Herbert:

Mod
A curious interview, though if you already researched roots of Dune much of the info is repeated here.

Mod
Art wrote: "A curious interview, though if you already researched roots of Dune much of the info is repeated here.

Mod
Here's the list of the award-winning titles by Herbert:

I will be looking for more of his work, but so far of the works I've read and enjoyed, Hellstrom's Hive and Soul Catcher stood out the most.

Mod
I am going to read some more of his sometime. You know my tastes. Which would you suggest for me?

Mod
Kateblue wrote: "I am going to read some more of his sometime. You know my tastes. Which would you suggest for me?"

I know you like S.King, you ought to give Soul Catcher a go. The only reason J did not give it 5 stars was because the kid character had some inconsistencies going on. One moment he'd be too mature for his age, the other too childlike.

Mod
It's been a long time since I read it, but I really enjoyed The White Plague.

Mod
Art! (and all) Biography of Frank Herbert on sale today at Amazon Kindle US. $2.99