Ship Name:
Class: (Most pirates pilot sloops or schooners at first. The Black Pearl was somewhere between a Brigantine and a Square-Rigged merchant ship.)
Appearance: (You can use a description but pictures are prefered because describing ships is hard.)
Captain:
First Mate:
Crew Members:
Jolly Roger: (The Jolly Roger is the official term for a pirate captain’s flag. Each captain had a different flag, the skull and crossbones flag only became popular in fiction largely.)
Origin: (Was this ship built specifically for piracy? If not, what was this ship built for and what was it called beforehand?)
History: (How did the captain come across this ship?) 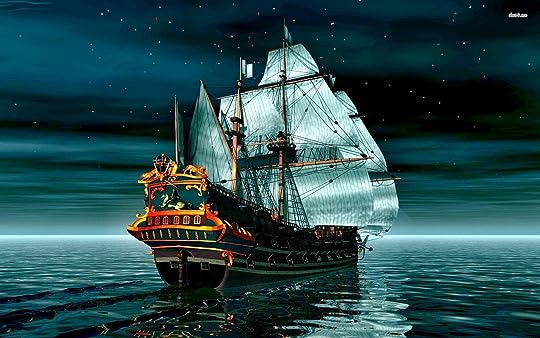 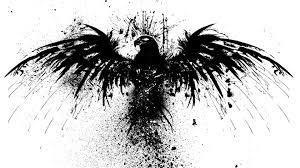 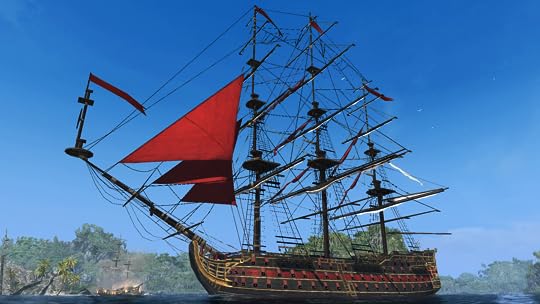 3 row boats (for either reaching islands or fishing)

Weapons (aside from cannons): 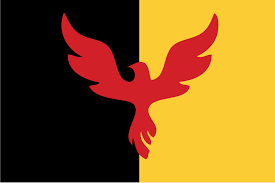 Origin: This ship belonged to one of the pirate lords of the British Isles. It was famous for being the one Ship the crown could never find, despite of how large it is.
History: Lucky Adams was nothing but a deckswabber for a merchant brig vessel. He came face to face with the captain of the Revenant when he was bound next to the man he was in service to. Granted Lucky, hated his former captain. He´d beat him bloody when he got drunk, he would even try to toss him overboard. Yet he still told the pirates he would rather die than back out of service. The pirate smiled and he killed his former captain and made a blood pact with Lucky. From that day forward, Lucky became the captain of the Revenant, the pirate lord became Lucky´s mentor until one day he was hanged by the royals.