Mod
What'd you think of Animal Man Vol. 1? Will you keep reading this historic run? Have you read any other Animal Man comics? How did they compare?

Don't forget to checkout our discussion for this episode on April 26th, 2019 on your favorite podcatcher. Subscribe here!

Reminder: This discussion thread is FULL SPOILERS forAnimal Man Vol. 1! If you have read more in the series, please be careful not to share spoilers for anything that happens after Animal Man Vol. 1.

I recently read the 'deluxe' re-issue:

and so am re-reading this.

I have to say, Grant Morrison gets geek points for having such an in depth familiarity with silver age DC. Both "A-Man" and B'wana Beast were super obscure. 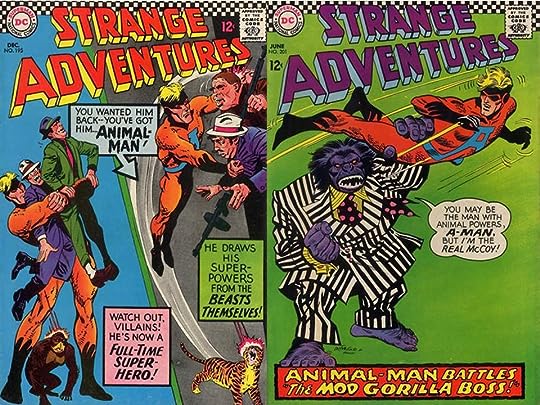 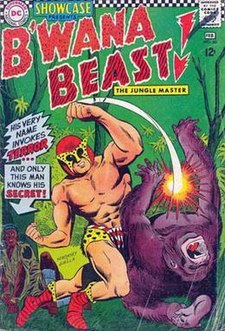 I read this back when it came out as individual issues. Morrison is an odd man, and he often doesn't right "straight" superhero well. But he took Animal Man into a very different direction, and I ended up enjoying it a lot more than I thought I would. It was fairly groundbreaking at the time, as I recall.

OK, I finished re-reading, and I think I like this even more than Doom Patrol, which I have been reading (a lot of catching up to do).

As Morrison says, he originally conceived Animal Man as a four-issue mini-series, so that after the four-issue B'wana Beast arc, he was left with 'no ideas' (yeah, right), and thus resorted to the "Coyote Gospel" story, which seems to be an idea re-iterated by Morrison many more times.. that fictional, or imaginary characters have a 'real' existence on another plane.

Then come the two Invasion tie-ins- the Thanagarian Artist Martyr and the end of the Red Death and his crappy red robots.

Then comes the ultra-Scottish Mirror Master (not sure GM didn't slip a few obscenities past the editors) and the visit from the Martian Manhunter (another silver age character GM really, really respects).

(view spoiler)[As I recall, Animal Man's problems with his powers- a sort of cliffhanger, or at least, unresolved here, later becomes a trippy trans-dimensional problem with continuity. (hide spoiler)]

Mod
Christopher wrote: "OK, I finished re-reading, and I think I like this even more than Doom Patrol, which I have been reading (a lot of catching up to do).

As Morrison says, he originally conceived Animal Man as a fou..."

Mike wrote: "Could you edit your comment down to commentary only on this volume of the series? ..."

Ya'll are quick! I am picking it up from the library today after work.

This is the only Animal Man I have ever read, I just finished the 3rd issue in this collection and I am enjoying it, but one of my pet peeves in comics is when little kids help the hero- so there's that.

Ok gang, I tried to hang in there, but all the mullets, cut-off jeans and t shirts drove me to distraction. The art here was really pretty grating for me, to the point where it was hard to keep with the story. I like some of the stuff Morrison was trying to do with the character, but it felt really disjointed to me.

I had read the 'New 52' Animal Man by Lemire and enjoyed that a lot, but it was admittedly my only other experience with the character. I might look at it again and see if you can feel any influence from this.

Adam wrote: "Ok gang, I tried to hang in there, but all the mullets, cut-off jeans and t shirts drove me to distraction. The art here was really pretty grating for me, to the point where it was hard to keep wit..."

The near rape of the wife
The suicide of Red Death
The 'darkness' of the background story in the Coyote Gospel- drug overdose, death of a loved one.
The 'worse than death' fate of the STAR lab scientist.
The 'death in combat' of the Hawkgirl. (Not THE Hawkgirl, of course, but a Thanagarian warrior) 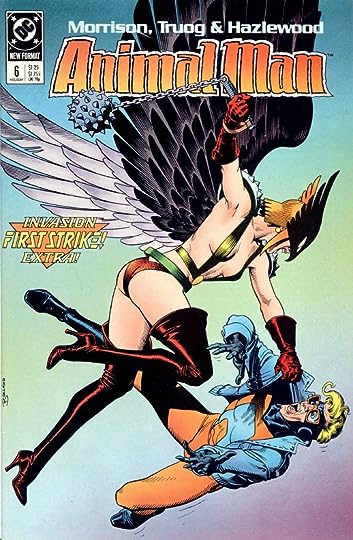 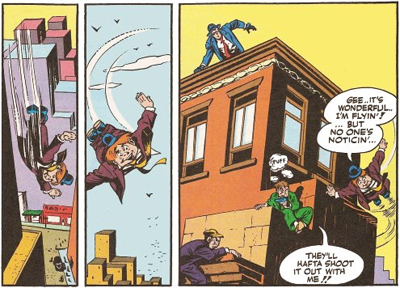 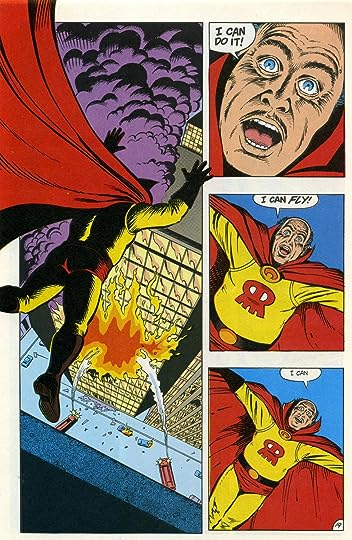 I read this volume years ago, but hadn't pulled it back out of my bookcase till it was picked as the book of the month. It was much better than I remembered, and that's coming from a Grant Morrison fan.

It has faults, I can't deny it. It's clear to see it's written from under the shadow of Alan Moore's influence, particularly chapter 3, where Buddy's wife Ellen is harassed and threatened with rape. It's hard to understand why it seemed like such a good idea to perpetuate this trope so prolifically in the "dark era" of comics, but it pleased me Morison corrects it to some degree when Ellen shows more agency later in chapter 8, and deals with Mirror Master with aplomb.

I loved chapter 5 "The Coyote Gospel" which was classic Grant Morrison, it made me think of his run on Doom Patrol. I also enjoyed chapter 7, "The Death of the Red Mask" which I think did a good job of showing a human side of a villain. His "The Invisibles" story "Dead Man Fall" did a similar job for one of the incidental characters from the first issue of that title.

Mirror Master's appearance in chapter 8 was a joy for this Scotsman, and it was a good laugh reading his, albeit goofy, Glaswegian brogue, and Brian Bolland's cover for chapter 6 was a guilty pleasure, it struck me as perfect fodder for Shreya Arora the artist who makes work which parodies the objectification of female form in comic books by putting male heroes in "female" poses.

Overall I thought the artwork was good, it took a bit of readjustment to begin with, especially as the colouring was pre-digital. I think its interesting how the relationship between the line work of the pencil and ink artists relates to the colouring before the introduction of digital colouring, and I think often comics published today showcase good inking far less than in times gone by. Often the ability to add gradients and textures in the colouring stage can make inking, in less talented hands, little more than drawing an outline.

I've not read any more Animal Man comics, I would consider getting volume two at some point, and perhaps I'll pick up some of the New 52 run if I see it in a sale, but I wouldn't say that the character of Buddy Baker is one I'm especially drawn towards if he is not in the hands of a creator I admire.

My comments are ok to air.

Animal Man by Grant Morrison was a trip, especially the chapter The Coyote Gospel! This DC classic needs to read by all comic aficionados.

Despite the campiness, these stories could be more nuanced than you would think. Animal cruelty, family responsibilities, societal commentary and humanizing villains are all tied into the story lines. However, these themes are inconsistently used, as sometimes they are pulled together in a witty way, but other times they are groan-worthy.

I liked how grounded this was in the rest of the DC universe, with Buddy meeting quite a few DC characters. I always remember these Vertigo titles unofficially distancing themselves from the rest of the DCU but that must have come later when they switched over to Vertigo.

I actually enjoyed the Invasion crossovers. For whatever reason, that was always one of my favorite DC events of that time period. I like the focus on Buddy's family, which continues to grow as the series goes on. The Mirror Master and Martian Manhunter appearances are a delight. Those Brian Bolland covers are exquisite.

I really enjoyed this volume, as I was totally new to Animal Man before this. I really need to read The Coyote Gospel again since that seemed the meatiest of the issues. But I really appreciated how different the stories were and yet fell easily into the same continuity.

A couple of questions about Volume 2...

(view spoiler)[It seems like the Crisis is responsible for the eradication of the older Buddy, replacing him with the younger version found here. Is this right?

Also, his actual origin story was that he was killed in the spacecraft explosion and the aliens put him back together, giving him powers as well? (hide spoiler)]

I finished Morrison's run this weekend. I think Vol. 1 benefits from having read the succeeding books, especially Issue #5.