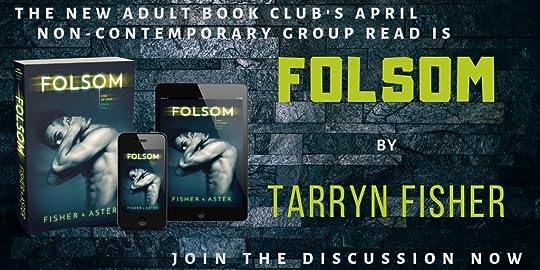 The nation as we know it is a thing of the past.

With the male species on the verge of extinction, a society called the End Men is formed to save the world. Folsom Donahue is one of twelve men whose sole purpose is to repopulate the Regions. The endless days spent having sex with strangers leaves Folsom with an emptiness no amount of women, money, or status can fill.

Gwen has wanted a child for as long as she can remember, but when she finally gets a chance to have her own, she uncovers a long hidden truth. The injustice she sees moves her to help save the men whom no one else believes need saving.

A forbidden love, grown in a time of despair, ignites a revolution.

Folsom and Gwen, torn between their love for each other and their sense of duty, must make a choice. But some will stop at nothing to destroy them.

Folsom is book one of the End of Men series

This seems like a very interesting read. I’m glad it’s part of a series because if I like it I have more books to look forward too. I just hate it when a good book ends. Lol. I’ve already purchased the e-book just waiting for the weekend. I look forward to hearing other people’s views on it too. Happy reading!

Ok, I really enjoyed the story - already bought the 2nd book of the series. The only con I had is that the book was written in first person point of view but kept switching between Gwen and Folsom so I would get confused as to whose point of view I was reading sometimes. Albeit the title of the chapter was either Gwen or Folsom depending on whose view you were going into, but I would have to refer back to the start of the chapter sometimes to see whose point of view it was. It wasn’t that bad just con to me. Overall, like I said above - great book, I’m hooked for the sequel.

*** EDITED TO ADD: The second book in this series is MUCH better than the first!

I'm super conflicted about this book.
On one hand I find the story-line and plot fascinating. The idea that the world can rest on the shoulders of a few men and what it would be like is thought provoking.
That society can go from being predominantly male controlled to the complete opposite, and where that will leave the world.

However, I am not a fan of how the story reads. It is very fast paced and I had a lot of trouble connecting with the characters.
The situations they were in were described briefly, but more than anything it felt like a run down of events, rather than a story I can lose myself in.
I'll be reading the rest of the books mostly because I'm interested in how the story will pan out, but I'm entirely not convinced the writing style will improve, unfortunately.

Zoa wrote: "*** EDITED TO ADD: The second book in this series is MUCH better than the first!

I'm super conflicted about this book.
On one hand I find the story-line and plot fascinating. The idea that the wo..."


I too just finished the 2nd book of the series and I loved it! It was definitely better than the first. I’m hooked (and anxiously awaiting the 3rd book)!