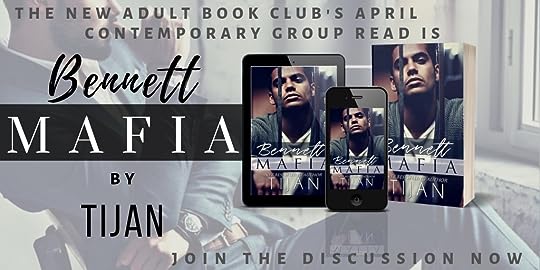 There were always whispers about my roommate at Hillcrest Academy.

The wealthiest of the wealthy sent their kids to our boarding school, and Brooke Bennett had been at the top, though I never quite knew why. She was fun and outgoing, but she kept quiet about her family. The only things she showed me were photographs of her brothers.

I became fascinated with her second-oldest brother. Kai Bennett.

He was the most of them all. Smoldering. Hypnotic. Alluring.
Kai had eyes that pulled me in and a face that haunted my dreams.

Then I met him.

He came to our school with their father, and that’s when I learned what kind of family Brooke came from. They were mafia, and Brooke’s oldest brother was dead. Her father said accident, but Brooke said murder.

Three months later, her father died, and Kai became the head of the Bennett Family. Brooke left Hillcrest for good, and that was the last time I saw her.

Fourteen years later, I’m staring at her face on the television. Brooke is missing.

I’m looking forward to reading this! Will come back with comments when done 😀

Mod
Melinda wrote: "I’m looking forward to reading this! Will come back with comments when done 😀"

Great! I will start reading it soon too 😊

It was a very great book all in all i loved it👍i just love her style at describing everything,it gets to the point that u feel sometimes you are with those ppl at the same room😍😍😍

Mod
I just finished reading it and I must say I really enjoyed it!! It kept me entertained from the first page till the very last. I loved both Riley and Kai, I loved their strength but also their fragility because it made them more human.

Melinda wrote: "I’m looking forward to reading this! Will come back with comments when done 😀"

How did you ladies go? Just downloaded as I finished the April non-contemporary read as well as the follow up book on that, and wasn't sure what to read next.
Just downloaded Bennett Mafia!
Any reviews?

All I can say is WOW! I really enjoyed this book. I was on the fence when I read the synopsis, but I’m so glad I went forward and read it. The book captivated me from the start, and I couldn’t stop reading! I was hooked and I didn’t want it to end. You could feel the love/hate tension between the main characters the entire time. As the book goes on, more and more secrets are revealed. So good! Because the book was so good, I’ll be reading other books from this author.

How did you ladies go? Just downloaded as I finished the April non-contemporary read as well as the f..."

I honestly liked this better than April’s non-contemporary Folsom and the follow-up Jackal. Those were good but this was gripping!

How did you ladies go? Just downloaded as I finished the April non-contemporary read as well as the f..."

I honestly liked this better than April’s non-contemporary Folsom and the foll..."

Really?? I can't even finish it. I find it to be the most mind numbing book I've ever read. Haha! :( And I really wanted to like it!

The main character is a blubbering mess with so many health issues it's a wonder she isn't in full-time care. She is also extremely childish with no moral integrity whatsoever. As soon as she gets a bit of action all reasoning goes out the window. I would never peg her to be 28!

All the characters act more like they are hormonal teenagers rather than adults and the story focuses on that rather than a compelling story line. I'm very disappointed I wasted my money on this one.

I just finished this book and it was the first by this author and I enjoyed it. I will write a review later :)