I'm searching reviews on Swoonreads.com for my YA Contemporary novel "Since We Were Friends". YOU can help me get it published ♥ 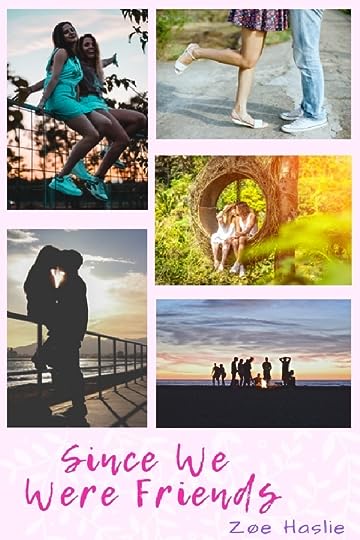 Sixteen-year-old Regan Clark only longs for the summer camp trip her dad takes her and her three brothers in each year. But everything changes when the unimaginable happens—her best friend, and acquired fourth brother, Harper, turns into a big cheat and she gets cast aside.
So when school starts again, Regan finds herself friendless, struggling with soccer practice and on the verge of failing math. On top of that, Harper’s own issues lead him to move in with the Clarks, which makes it impossible to hide all the bad blood between them.
But meeting Sophie changes everything, for Regan’s introduced to the strange world of girls she’s been missing out until now. And, much to her dismay, she soon finds out what hurts the most about losing her best friend—to be secretly in love with him.

Read it now for free!!

My internet is so bad right now so it's taking FOREVER to load SR at the moment. But I am an avid user on SR and will gladly help you get published! I don't know how quickly I'll read and rate(I'm behind in my TBR list over there), but I will add and read as I can :D

Haddie wrote: "My internet is so bad right now so it's taking FOREVER to load SR at the moment. But I am an avid user on SR and will gladly help you get published! I don't know how quickly I'll read and rate(I'm ..."

Hi, Haddie, thanks a lot! I really appreciate it and I'll be looking forwards to your thoughts. HOWEVER, I do like readers enjoying my stories, so take your time. Happy reading :D