note: This topic has been closed to new comments.
11 views
TC Trivia Answers Archive > What Do They All Share?

Name one troubling aspect of the criminal convictions of Thomas Rossi, who shot Sharon Komlos in the head; against Robert Bennett, who chopped up a friend after they had dinner together one night; and Alonzo Robinson, who shot Aurelius Turner and his wife after being busted for writing obscene letters but escaping from police custody.

Mod
Give us a hint?

I can't think of a hint that won't give the answer away!

Oh. I forgot all about that. Are you saying they all have the same alias, Cynthia?

This is something that turned up in the course of the police investigation that's common to all 3 cases.

Mod
Unsolved crimes in their past.

NOTE: I know this is wrong. Just all I can think of.

They kept body parts as souvenirs?

Lady ♥ Belleza wrote: "Unsolved crimes in their past.

NOTE: I know this is wrong. Just all I can think of." 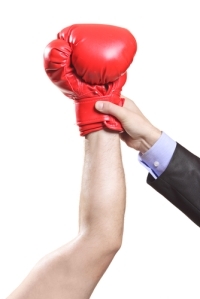 The investigations indicated that all of them were probably really serial killers although they were only convicted of single crimes. Alonzo/Coyne left a number of severed heads in his Ferndale, MI residence before being convicted of killing a married couple in another state. Thomas Rossi was only convicted of shooting, kidnapping and raping Sharon Komlos, which was bad enough, but questioning the suspect and talking to other police jurisdictions indicated he might have been running women down with his car for years so he could rape and in some cases kill them. Bennett was a really unusual one -- he appeared to be, not just an identity thief, but a guy who would kill you and chop you up in order to take your ID and rent a new apt and get a new PO box in your name.