CURSED│open to all rp levels discussion

The residency of Hunter Landon and his parents. 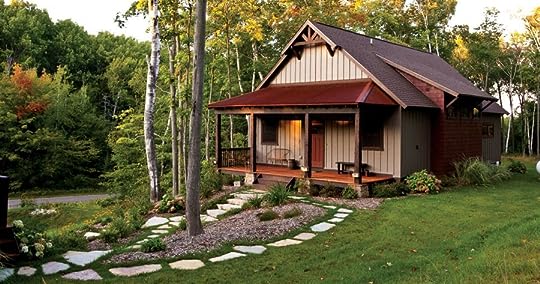 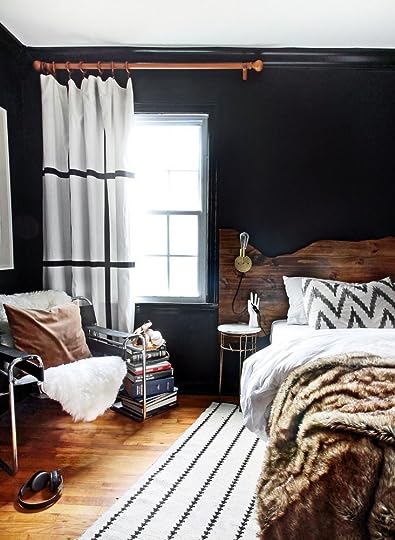 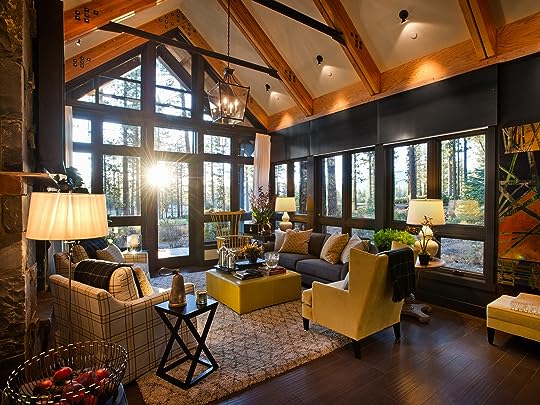 Being a werewolf and in a pack, it seemed reasonable that Hunter and his family lived in the woods. Not too deep, since their house, or cabin as some people like to call it, is next to a road the comes off a public one in town. But some people, and especially students in his school, found it a bit weird when they heard he lived in the woods. He couldn’t really explain to them that he was a werewolf and that his family and him preferred to be close to nature. Nor could he give them a fake excuse that seemed reasonable. To put it simply, he just told them that they already own the place and had no reason to move out. But even if he was given a reason to move out, he still wouldn’t take it. He really did enjoy the woods and liked waking up to the sight of nature. Maybe it was the wolf in him that liked it, or because he was a simple person.

However, there was one thing that he didn’t like because of his house, and itwas having students come over. Whether it would be to work on a project, or hangout with friends, which really didn’t happen much because he didn’t have any friends. His parents were against the idea of making none werewolf friends, as much as he hated it. But besides that, giving other people his address and having to wait for them to find their way to his place was always difficult, like now. He was in his living room, peeking out the window. Where is she? Did she get lost. Damn it. Should I text her? Ugh! I just want to go on a hunt. Hunter sighed and turned from his window before making his way to the sofa and flopping down on it. He had switched into a pair of gray sweats and a green T-shirt to relax.

It had only been a couple of weeks since Jasmine moved into Warwick--a town that barely existed to anyone except to the people who lived in it--and in that time, she had tried to come up with at least a thousand ways she could possibly escape--with all of them leading to an inevitable dead-end. After her idiot father's little embezzlement stunt a month ago, Jasmine and her mother had been left with next to nothing. No house, no money, and the only place her mother could think to send her was in the asscrack of Washington to live with her Aunt while the trial proceeded. And could the timing be any more inconvienant? It was her senior year for Christ sakes. The universe couldn't hold off on destroying her life for at least one more year? Or just until her trust fund kicked in?

The only good part in all of this was the fact that she got to keep her BMW. It'd been a gift from her now ex-boyfriend back in New York and between keeping the car or their relationship, so far, the former had proven to be way more reliable. Jasmine had imagined that after she graduated, she'd be taking it down the open roads of Naples or crusing through the California Valley. Never in a billion years would Jasmine think she'd be riding through the winding backroads of Warwick trying to figure out if her project partner was that much of an ass to give her the wrong address. It's not like she really knew much about the guy except for the fact that he kept mostly to himself. The first time they actually acknowledged each other was to set up a time they could meet. Jasmine had found him cute in this quiet sort of passive way, but she'd been far too busy dreading this assignment to really focus on furthering their conversation.

Her phone had lost signal almost a mile back and it felt like she'd been driving in circle for the past thirty minutes. She'd already planned to be late to this thing on purpose but now, she just wanted to avoid getting stranded out here. "So help me god, if I get kidnapped.." She started muttering to herself, just as her eyes caught on a dirt road leading into the woods. It was just big enough for her car to pass through and as sketchy as it was, Jasmine was all out of options. And patience. Fuck it, she thought, steering her car onto the trail in hopes that she would see some semblance of human life.

After a long while, just as she was giving up and trying to find a way to turn back around--man, she was going to kill this guy on Monday--Jasmine finally saw something peaking out behind the trees. The sharp, wooden edges of a roof. A cabin. "Finally." Jasmine uttered, breathing out a sigh of relief as she pulled up to the lodgings. As she slowly exited the car, Jasmine couldn't help but feel extremely self-aware all of a sudden. She caught her reflection in the windshield and stared at her cashmere sweater tucked into her black, leathered skirt. Her thigh-high boots crunching the fallen leaves scattered across the ground. She didn't particularly hate nature but she certainly always felt out of place within it. And as she made her way up the cobblestones and to the door, Jasmine could feel the mild pounding of a headache pressing against her skull--headaches she never use to get until she moved to this place. Lucky her. Jasmine wouldn't even be that concerned about it except that they were starting to happen more and more frequently. Usually, it only flared up when she was in a huge crowd of people or if someone managed to piss her off but either way, it wasn't normal. Or at least it feel normal.

Trying to help it pass, Jasmine rubbed at her temple with one hand and banged on the door with the other, all the while cursing Mr. Hinshaw for giving them this assignment.

Hunter was flipping through his phone as he laid stretched out on the sofa. He had given up on checking through the window after the fifth time. In fact, he had actually really just given up on his partner. It was one thing to be half an hour late, but more than that? That was just plain rude. He even texted her, since they exchanged numbers in class so he would be able to send her his address. Nothing. He wasn’t sure if she got it, or she was just ignoring it.

Fuck this, he thought. He wanted to go out and have a run. He’s been cooped up all day in here waiting for her while his parents were out, and now she wasn’t even going to show up. What a waste of time. He got up from the sofa and tossed his phone on it before moving to take off his shirt. He decided he was just going to leave and go for a run in his wolf form. He started to make his way towards the back of the house where there was a glass door to the back, when all of a sudden he heard banging on the door. Is that her?

Frozen at first, Hunter eventually made his way to the front door. At this point, he as only in his gray sweats, ready to leave the house. But when he opened the door, he found the girl from his art class, standing there with her hand on her head. “For a moment I thought you ditched me.” He admitted as he opened the door wider and stepped aside for her to enter.

CURSED│open to all rp levels