Reading Through the Ages discussion

Mod
Discovering new lands, being sent as a convict or as someone overseeing the convicts, an explorer.

Check the bookshelf for some suggestions: https://www.goodreads.com/group/books...

And don't forget to share what you are reading and any recommendations you may have.

True History of the Kelly Gang

Both are set in 19th century Australia.

Both are set in 19th century Australia."

Gretta Curran Browne has a book called The Far Horizon, which is set in 19th century Australia. A blend of fictional and historical characters. Very enjoyable.

Mod
Amy wrote: "Gretta Curran Browne has a book called The Far Horizon, which is set in 19th century Australia. A blend of fictional and historical characters. Very enjoyable."

Oh sounds great, added both books to the bookshelf.

Two books about Australia that I enjoyed are "The Vines of Yarrabee" by Dorothy Eden and Capricornia" by Xavier Herbert. I am going to read Oscar and Lucinda for this challenge as it has been on my TBR shelf for about three years.

Mod
I am going to read Storyland by Catherine McKinnon for this. If I can track down a copy of this book....

Another suggestion for the bookshelf: Richard Flanagan, Gould's Book of Fish.

Mod
I have just seen this book is coming out soon, sounds like it might interest some people. 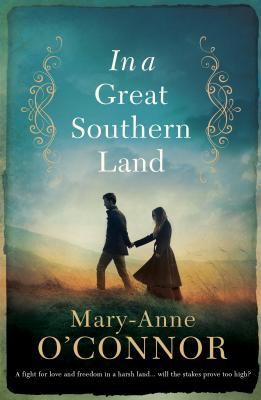 From the soft green hills of Ireland to the wild Shipwreck Coast of southern Victoria, the rich farm lands of New South Wales to the sudden battlefields of Ballarat, this is an epic story of the cost of freedom and the value of love in a far-flung corner of the world where a nation sows its earliest seeds. 1851: After the death of her father, young Eve Richards is destitute. Her struggle to survive sees her deported in chains to the colony of New South Wales, penniless and alone. But here in this strange new world fortune smiles on the spirited, clever Eve in the shape of a respectable job offer that will lead to a quiet, secure life. Then the fiery and charismatic Irishman Kieran Clancy crosses her path... 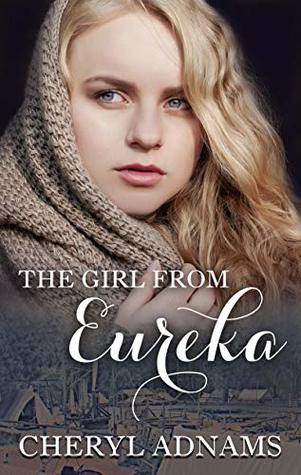 Gold miner Indy Wallace wants nothing more than to dig up enough gold to give her mother an easier life. Wild and reckless, and in trouble more often than not, Indy finds herself falling for handsome, chivalrous, British Army Lieutenant Will Marsh. But in the eyes of immigrant miners, soldiers are the enemy.

Will has been posted to Ballarat with a large contingent of Her Majesty's Army to protect the Crown gold and keep the peace. But once he meets rebellious Indy, he doubt's he'll ever be at peace again. As Will and Indy's attraction grows, their loyalties are tested when the unrest between miners and the military reaches breaking point.

Only Killers and Thieves by Paul Howarth is set in Queensland, Australia in 1885 and has recieved great reviews. I think this will be my pick, it also happens to be on my shelves :)

The Convict Girl series by Deborah Challinor is a great series to read. Set in early years of Sydney and following the lives of 4 Convict girls sent to Australia.
Behind the Sun is the first book in the series.

Mod
From the Wreck by Jane Rawson
Sounds sooooo good for this prompt, so much choice for Australia, cannot even cope ;) 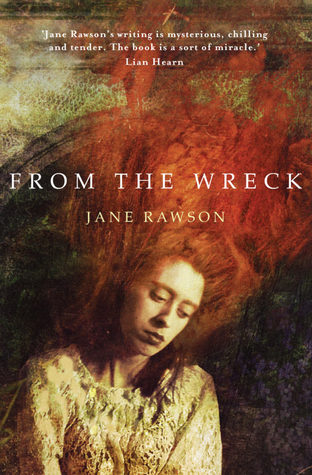 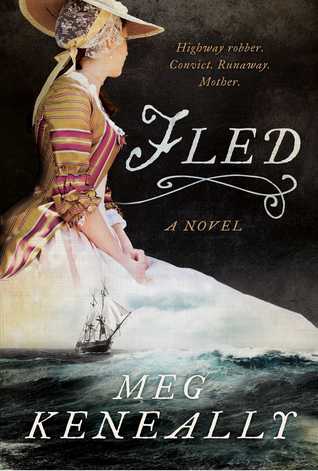 This is a new release coming out in April in the UK, sounds brilliant.

Based on the life of an incredible historical heroine, a harrowing journey in search of love, justice, and freedom, told by the daughter of best-selling author Thomas Keneally (Schindler's List)

Tall and lanky, more suited to sailing and fishing than to keeping a house, Jenny Gwyn has proven herself a survivor. When she's caught stealing to support her impoverished family, she and dozens of other convicts are sent across the world to help settle England's newest colony in Australia.

After being contained on a filthy ship and selling her body for better rations, Jenny is shocked to see the place that will become her home. The harsh landscape of Sydney Cove isn't welcoming to its new settlers with it's arid climate and precious little fresh water. Even worse, she and the others are still prisoners under the strict watch of Governor Edward Lockharty, and no amount of cunning can earn his favor. Jenny refuses to submit to the Governor or to the barren land unable to support the growing population. Determined to find a better life for herself and her children, she braves the sea, and a journey of over three thousand miles in a small rowboat, for a chance at a future worth fighting for.

Based on the true story of Mary Bryant, an iconic figure in the foundation lore of Australia as Great Britain's penal colony, Fled is a sweeping, heart-wrenching account of one woman's life-long search for freedom.

I found this historical romance set in Australia Starling

I was tempted by this one because I loved Thorn Birds but then saw the page count...

I was tempted by this one because I loved Thorn Birds but then saw the page count..."

haha, yeah her books are good defence weapons at a push

Mod
Liz wrote: "Here is another historical mystery I might try. Found it on instagram. The Unfortunate Victim

Mod
This Readathon is happening in April, perfect month to pick up your Australia book :)

I finished The Dreaming: A Novel of Australia by Barbara Wood. I enjoyed it, especially learning about the Aboriginal customs.

I’ve now read two of Barbara Wood’s novels and I’m not sure she’s the author for me. She writes well but both book I’ve read by her are about 100 pages too long as she tends to be somewhat repetitive.

Reading Through the Ages