Susan loves him - so what better reason? 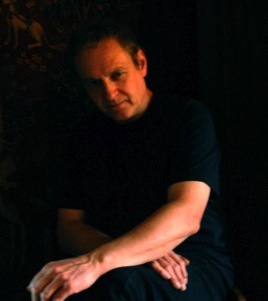 Few writers blend the ancient and supernatural with the modern and criminal to better effect than Rickman… strikingly original and consistently intriguing.’
LAURA WILSON, THE GUARDIAN

‘One of our finest writers… very much the equal of the great M R James in the way he conjures up dread and menace.’
FULLY BOOKED

‘Supremely skilful at teasing out the menace that lies behind English folk customs and legends… and weaving them into a compelling contemporary narrative.’
JOHN WILLIAMS, MAIL ON SUNDAY

‘Rickman’s writing style reflects his subject matter: spooky and indirect, elegantly crafted but always a sense of shadow behind you . . . a hanging mist, stabbed by moments of clarity.’
NEW YORK JOURNAL OF BOOKS

‘As satisfying as a Victorian novel, The layers, the characters, the humour, the spookiness… perfect.’
ELLY GRIFFITHS

‘Mysteries in the classic sense… cleverly combining the supernatural and criminal elements to illuminate the darkest corners of our imaginations.’
JOHN CONNOLLY

Mod
According to Wikipedia....


Phil Rickman was born in Lancashire in northern England and worked as a journalist for BBC World Service TV and BBC Radio 4. He published his first book, Candlenight, in 1991 and began his Merrily Watkins in 1998.

In 2010 he began the John Dee Papers series, which focuses on the Welsh mathematician and astrologer John Dee.

Rickman has also worked on several music albums based upon his books and has helped write many of the albums' songs.

In his writing, Rickman states that he performs research into the folklore, religion, and supernatural themes in his books, citing that "If I can't believe it, it doesn't go in".

He has also voiced his unhappiness over his earlier works labeling him as a horror writer, stating that he felt that the books did not fit neatly within the genre.

Short stories
The House of Susan Lulham - was first published in the Oxfam "Oxcrimes" anthology (May 2014). In December 2014 an extended version which is "five times as long" was published for Kindle

Non-fiction
Merrily's Border (with photographer John Mason) (2009) - The Places in Herefordshire & the Marches Behind the Merrily Watkins Novels.

I have read all but the last four of the Merrily series, and everything else apart from the John Dee series and the short stories.

I love the way he brings in characters from one book into another and he has a continuity of setting and style across all his books that make you feel you are returning to a world you are already familiar with even in the stand alone books.

Mod
Ruth wrote: "I have read all but the last four of the Merrily series, and everything else apart from the John Dee series and the short stories."

I think there will be others who have read at least as many as I have. He does attract a loyal band of followers!

Mod
Sounds wonderful Ruth. I'll definitely give him a try in 2019. Thanks for your encouragement.

Mod
Thanks for setting this up, Nigeyb :)

I was encouraged to read Phil Rickman by a friend, and fellow reviewer, Damaskcat, who kept telling me that I would like him. She is a huge Merrily Watkins fan. I have read, and liked, the first two in the series. I have also read the first John Dee book as well as:
The Cold Calling (1998, as Will Kingdom)
Mean Spirit (2001, as Will Kingdom)
Night After Night (2014)
These, like many of the Rickman books, tend to share characters, even if they don't necessary follow on from each other.
Currently reading December

which combines my love of Phil Rickman with my love of the Beatles - what could be better for the Christmas period?!

I would agree with Rickman that he is not really a horror writer. His writing is much more about folklore, as he says, the supernatural and, more than anything, about the characters. These are character driven books and it is that, and his humour, which makes them work.

My favourite character, so far, has to be Cindy Mars-Lewis, a cross dressing shaman with a companion puppet, who ended up hosting the National Lottery! What's not to like?

Even better, Sean Barrett (of Slough House fame) reads most of the stand alone novels on Audible and is reading the version of December I am listening to, which also has musical accompaniment.

Mod
Sean Barrett - that does make me want to listen to them Susan. You're on ongoing inspiration

Mod
I just finished listening to him reading The Drop: A Slough House Novella

Magnificent reading on both that, and December. Highly recommend The Drop too, by the way. Loving the alternate Slough House universe of John Bachelor, et al.

Mod
My library appears to have a copy of The Wine of Angels (Merrily Watkins #1) on the shelves, so, if it's there, I'll start with that one when I finish An Awfully Big Adventure.

I notice one Amazon reviewer states...

When I started reading this series, I thought the first 2 books good and the third, A Crown of Lights mediocre. However, from there the books improve dramatically. I am now up to book 10 and love them.

Does that ring true?

The Rev. Merrily Watkins had never wanted a picture-perfect parish—or a huge and haunted vicarage. Nor had she wanted to walk straight into a local dispute over a controversial play about a strange 17th-century clergyman accused of witchcraft. But this is Ledwardine, steeped in cider and secrets. And, as Merrily and her daughter Jane discover, a it is village where horrific murder is an age-old tradition. 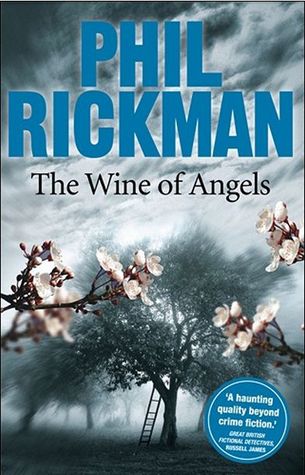 Mod
I think I gave the first book 4 stars, but it is very much setting the scene. Still, there are a great cast of characters and it is his most popular series, so probably a good place to start; if not his best book.

Mod
You know me Susan. I like to read a series in strict order.

Mod
Oh, me too! I NEVER read a series out of order.

Thanks for introducing me to this author! His books sound interesting and I'd never heard of him. On my way to the library today so will see which ones are on the shelves.

In a recent Twitter exchange a reader asked: Can anyone recommend Phil Rickman's Merrily Watkins' series? I've got the first 3 in the series, and have had them a good while, but cannot get motivated to try them.

Phil Rickman himself answered: Start with the second one, Midwinter of the Spirit. The Wine of Angels is kind of a prequel.

But others said they liked to read them in strict order. I have a feeling I didn't start with the first one - but I did then start at the beginning and read through.

Mod
I didn't read Merrily Watkins first, but I have read the first two and I do want to continue.

December is very good so far. Hopefully going to be a very enjoyable, spooky, winter listen :)

Mod
Ruth wrote: "Phil Rickman himself answered: Start with the second one, Midwinter of the Spirit. The Wine of Angels is kind of a prequel."

Hmmm. Now you've got me wondering Ruth. Does Phil recommend any of the others should be read in a different order to the sequence in which they were published?

Mod
I would disagree, though. The Wine of Angels introduces the characters and the place. Midwinter is a better book, but there are mentions of previous events, which wouldn't make much sense without having read the first.

Even Phil Rickman's stand alone novels seem to cross paths with each other.

Mod
Thanks Susan. As it happens my library had a copy of The Wine of Angels (but not Midwinter of the Spirit) so I got it out and will go with the order of publication. It's quite a hefty tome I notice, so not sure how I'll fit it in. Hopefully it'll be so compelling I'll race through it like a dose of salts.

Mod
Let's hope so, Nigeyb. I'll be interested to hear your thoughts.

I was originally going to start December due to it being this month but have decided to try Candlenight instead, as that would seem to be the first stand alone

Mod
All of the stand alone novels are currently 98p on kindle:

Candlenight
Crybbe
The Man in the Moss
December
The Chalice: A Glastonbury Ghost Story
Night After Night

and enjoying it . The mystery/horror is mounting.

Mod
Good to hear, Jill. I am currently 23 chapters (out of 57) into the audio version of December

Finished Candlenight and really enjoyed it. Now torn between Crybbe or The Wine of Angels

Mod
Good to hear you enjoyed it, Jill. I am loving, "December," which is my current Audible listen.

Mod
Just what my Christmas holiday needed, Nigeyb. I move on to try some Val McDermid as my next Audible listen - A Place of Execution, another author I have meant to try for ages.

Mod
I look forward to your reaction Susan. I feel fairly confident Val McDermid will also emerge as yet another favourite author.

Mod
Have you read her, Nigeyb? I seem to have thought about reading something by her forever and thought I should, finally, get around to it.

Mod
I haven't but, like you, I've been meaning to give her a try for quite some time

Mod
I'll let you know what I think.