45 views
Author Promo (Share Your Stuff!) > And You Thought the DC Metro Sucked Before the Apocalypse

Do you enjoy ponderously long apocalyptic novels about people struggling for survival in the ruins of human civilization? If so, then I have a treat for you -- starting today, I'm serializing a new apocalyptic dark fantasy series, Danklandsaga totally free under a Creative Commons license.

It's a Sunday afternoon, but the Metro is as packed as a weekday rush hour. Anime fans on the way home from a convention. Protesters attending an anti-war rally on the Mall. Tourists heading back to their hotels after a day of sightseeing.

Suddenly the trains stop and the lights go out. Ten thousand people are stranded underground and have to make their way to the surface--but when they get there, they discover a city ruined and dead.

With no idea how far the destruction extends, bands of survivors head towards the suburbs hoping to find help. But strange creatures stalk the streets, unlike anything that has ever lived on Earth. And not every survivor is down with the idea going back to society as it had been before the Catastrophe...

I will put out a new chapter every other Friday. Each installment will be available at Danklandsaga.com, including free Epub and Mobi files.

Catchy thread title. :)
And no, a few years ago I wouldn't have thought it could get worse, then they started trying to "fix it" ;) :)

Will check out your writing. 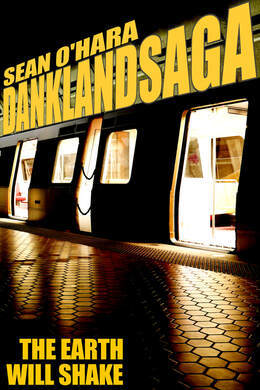 Volume 2 will be available in September. Until then, you can read the serialization on my site.