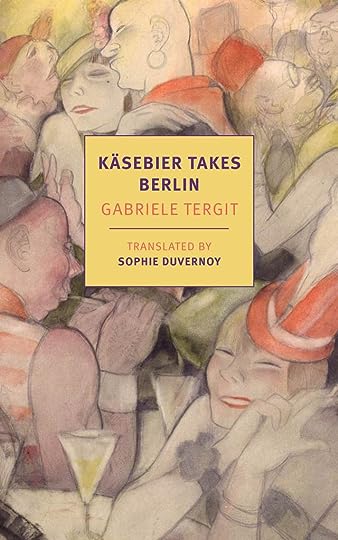 Publication Date: July 30, 2019
Pages: 336
Introduction and translated from the German by Sophie Duvernoy
Originally published in 1932.

In Berlin, 1930, the name Käsebier is on everyone’s lips. A literal combination of the German words for “cheese” and “beer,” it’s an unglamorous name for an unglamorous man—a small-time crooner who performs nightly on a shabby stage for laborers, secretaries, and shopkeepers. Until the press shows up.

In the blink of an eye, this everyman is made a star: a star who can sing songs for a troubled time. Margot Weissmann, the arts patron, hosts champagne breakfasts for Käsebier; Muschler the banker builds a theater in his honor; Willi Frächter, a parvenu writer, makes a mint off Käsebier-themed business ventures and books. All the while, the journalists who catapulted Käsebier to fame watch the monstrous media machine churn in amazement—and are aghast at the demons they have unleashed.

In Käsebier Takes Berlin, the journalist Gabriele Tergit wrote a searing satire of the excesses and follies of the Weimar Republic. Chronicling a country on the brink of fascism and a press on the edge of collapse, Tergit’s novel caused a sensation when it was published in 1931. As witty as Kurt Tucholsky and as trenchant as Karl Kraus, Tergit portrays a world too entranced by fireworks to notice its smoldering edges.

They've pushed the publication date out yet again, so it looks like it won't be until June 18th that we see this now :(

Mod
I've changed the above to reflect the push from May 21 to June 18.

Looks like an interesting bookend for Berlin Alexanderplatz. Looking forward to hearing more about it.

For the last several years I have been reading mostly anglophile novels and feeling drawn to more European fiction so all these European setting and historical fiction is very exciting to me.

Mod
Minor push back in publication to July 9.

Mod
Another minor push back to July 23.

Mod
I didn't realize until today that I had not updated the cover to the final. For posterity, here was the initial cover art (that, as of now, is still up on Amazon). 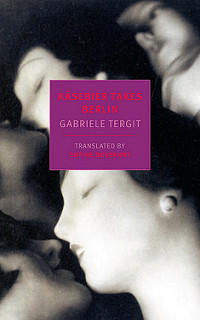