This topic is about Picture
25 views
Book Discussions (general) > Picture, by Lillian Ross 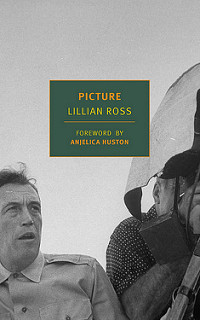 Publication Date: April 30, 2019
Pages: 272
Foreword by Anjelica Huston and an introduction by the author.
Originally published in 1953.

Lillian Ross worked at The New Yorker for more than half a century, and might be described not only as an outstanding practitioner of modern long-form journalism but also as one of its inventors. Picture, originally published in 1952, is her most celebrated piece of reportage, a closely observed and completely absorbing story of how studio politics and misguided commercialism turn a promising movie into an all-around disaster. The charismatic and hard-bitten director and actor John Huston is at the center of the book, determined to make Stephen Crane’s The Red Badge of Courage—one of the great and defining works of American literature, the first modern war novel, a book whose vivid imagistic style invites the description of cinematic—into a movie that is worthy of it. At first all goes well, as Huston shoots and puts together a two-hour film that is, he feels, the best he’s ever made. Then the studio bosses step in and the audience previews begin, conferences are held, and the movie is taken out of Huston’s hands, cut down by a third, and finally released—with results that please no one and certainly not the public: It was an expensive flop. In Picture, which Charlie Chaplin aptly described as “brilliant and sagacious,” Ross is a gadfly on the wall taking note of the operations of a system designed to crank out mediocrity.

Thanks for the quick correction!

Mod
This is out and about! Enjoy!