𝘽𝙚𝙨𝙩 𝙆𝙣𝙤𝙬𝙣 𝙛𝙤𝙧/ 𝙃𝙞𝙨𝙩𝙤𝙧𝙮 𝙤𝙛 𝙝𝙤𝙬 𝙂𝙧𝙤𝙪𝙥 𝙎𝙩𝙖𝙧𝙩𝙚𝙙 (𝘖𝘱𝘵𝘪𝘰𝘯𝘢𝘭): Yukino started a group in her first year of Middle school. At first, it was just small performances here and there, and even then, she had trouble getting the members. Eventually though, they disband in highschool because nothing was working out. All her friends bailed on her, and that's when she got the idea of First Snow. She started as a small idol, always putting out the idea of an idol group. Eventually, after she was more known and such, she formed the group and named it 'First Snow'.
The group was honestly a surprised to "Kiera's" fans, but the came along eventually. And now, the idol group is extremely popular.
The group tends to be rather spontaneous and actually quite random.
(hide spoiler)]

𝙀𝙩𝙝𝙣𝙞𝙘 𝘽𝙖𝙘𝙠𝙜𝙧𝙤𝙪𝙣𝙙 𝙤𝙛 𝙜𝙧𝙤𝙪𝙥:𝘒-𝘱𝘰p. Most of the singers here are Korean and a lot of the music is Korean Pop, but this is also a mixed race group, so whether you make you singer Korean or Japanese is fine.

They are best known for how successful they mixture of boy and girl singers has been. Also known for their cool type of style in their songs and concerts.
(hide spoiler)]

𝙇𝙞𝙠𝙚𝙨, 𝘿𝙞𝙨𝙡𝙞𝙠𝙚𝙨, 𝙃𝙤𝙗𝙗𝙞𝙚𝙨 𝙖𝙣𝙙 𝙏𝙖𝙡𝙚𝙣𝙩𝙨:
Likes Animals, singing, music, books, and nature.
Dislikes Bullies, dancing, and Murder.
Hobbies are Singing and Reading.
Talents are Singing {Obviously} and, though a weird talent, pen twirling. She good with other instruments, like the drums, piano, and stringed instruments, but she prefers singing.

𝙃𝙞𝙨𝙩𝙤𝙧𝙮/𝘽𝙖𝙘𝙠𝙜𝙧𝙤𝙪𝙣𝙙: Yuki grew up in a small orphanage. The staff was super nice, the orphans not so much. Yuki had always wished to be an idol. Ever since she's learned to talk, she loved singing. When she was 5, whenever anyone asked, she'd say she wanted to be an Idol, in a band, just like the people in the videos she kept seeing. While the staff supported her dream, her fellow peers, the other orphans, were rather mean and rude about it. They'd always discourage her and tell her wanting to be an idol was stupid. Of course, she never really made friends within the orphanage, school was always fun. While the other orphans didn't really like her, she was able to make friends at school who thought her dream was cool.

In her 4th year in Elementary school, she joined a small Choir group within the school, as per requested of the lead of said Choir group. They did little performances, however, it wasn't really Yuki's thing. All they did were stupid little songs for the school that no one really liked and it was rather boring, so she ended up leaving the Choir group.

A couple years later, in her first year of Middle School, she decided to take a huge leap and make her dream come true. She and her friends created an idol group, however they only did small performances at school and occasionally in town. Eventually, her friends gave up and abandoned her, moving on from the whole 'idol dream' thing. They were only in their first year of highschool! However, no matter how much they told her she should just gave up, she didn't. She decided to become a professional Idol and went to this small industry. They helped her take her first few steps toward her dream, making her into an idol. At first, she wasn't all that well known, but she worked hard and eventually made it big. After that, she decided to complete her dream by creating an idol group called 'First Snow' The group was honestly a surprised to "Kiera's" fans, but the came along eventually. And now, the idol group is extremely popular. 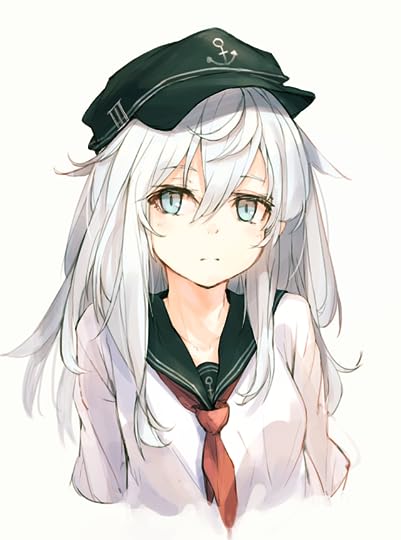 𝙃𝙞𝙨𝙩𝙤𝙧𝙮/𝘽𝙖𝙘𝙠𝙜𝙧𝙤𝙪𝙣𝙙: His father was actually apart of this French Mafia group famously known as 'the Arsene group.' It was in some way a family business. Katzu's father was the head of the group, and so was his father and his father's father, and so on so forth. Katzu's father, even from a young age, tried to make Katzu a eligible heir for the head of this French Mafia group. But, Katzu had never wanted a single part in this. When he was 8, he found his love for drums and hence forth decided that his dream would be to become a famous drummer. He was never really allowed to go to school until his final year of Middle school. He had joined the school band and they taught him how to properly play the drums. He had a lot of fun. When he got to highschool, he gained a lot of confidence and was known for his flirtyness through out the school. Eventually, he decided to defy his fathers wishes and joined an Idol group called 'Fortuna' after he moved from france. 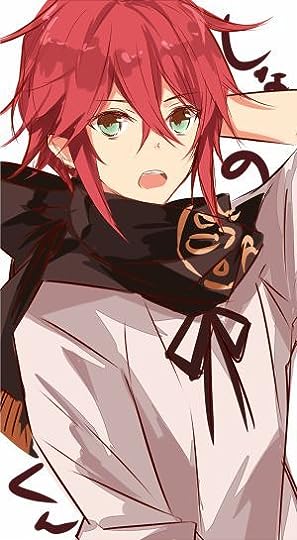 Plushie, Just wanted to say, I spelled it with a 'z' instead of an 's' because I can and I'm weird XD