Mod
In December we will be reading Graham Greene's Travels With My Aunt in our Comedy category - who's in?

I just placed the movie on order. Does that count?

I'm hoping to start this mid-month.

I'm in for this one. My copy has Dame Maggie Smith on the cover - what's not to love? :)

I have a feeling that Greene had been undergoing a re-evaluation lately. When alive, his books would take up a whole shelf in Waterstones and he was revered as an elder statesman of letters - but like other old white men, such as William Golding, Anthony Burgess and Kingsley Amis, his oeuvre seems to be being whittled down - and in a few years, he wouldn't be as prominent on a list like this as he is now (see also Saul Bellow for a US equivalent).

But, having written that, there's still a massive amount (too much) of Evelyn Waugh on the list, for example, and Mr Dance to the Music of Time. So I'm probably talking out of my ass.

However, I'm looking forward to reading a comedy by greener without the Catholic guilt..

I read this last year. I'll probably pop in and see what everyone has to say about it though

I also started last night, great so far. A whole other generation...

I read this one a while ago. I remember thinking it was more odd than funny.

Phil wrote: "I have a feeling that Greene had been undergoing a re-evaluation lately."

Hi, Phil. I sure hope Greene gets re-evaluated. Most of the people I've met who recognise the name are over 60. I love a lot of his work, and would love to see it receive more attention.

I've only read two by Waugh, and The Loved One is a comedy masterpiece, so I'm okay with him being well-represented on a list.

Well, thanks to Darren for recommending this when it HAPPENED to be on sale:

Travels with My Aunt

TBR pile (virtual) is pretty huge, but I will get a round tuit. 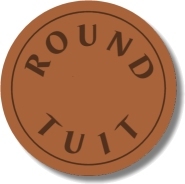 Finished it. Loved it. Solid 4 stars.

I particularly liked the first part of the book when Henry and Aunt Augusta were traveling. Her stories stay just on this side of unbelievable. I felt like I was sitting next to Henry, listening, and wondering if any of it was true. It is a credit to the writing that she doesn't come off as a crazy aunt, but an adventurous woman.

Not really one for me I am afraid. I enjoyed it to begin with, but ultimately I did not like the characters enough to care what happened to them (with the exception of Wordsworth). I thought the novel came across a bit self conscious and disjointed.

I enjoyed this, but was a little disappointed at the change in Aunt Augusta when she finally settled down in Panama. It seemed to make an awful lot more ordinary. Shame, because part one was brilliant.

Mod
"settling down in Panama" is a relative term though isn't it!
also, I think old age was finally catching up with her

I thought the latter stages were more about Henry's character development

I 4-Starred it btw:
https://www.goodreads.com/review/show...

Jackie wrote: "Not really one for me I am afraid..."

I'm in this camp as well. Humor is very personal, and this just didn't work very well for me. Greene is still an author I really like reading, but not so much this one.

It was fine for me. A quick and light read, as close to a beach read as the list gets probably.......I won't remember anything about it in 6 months though.