Thanks for creating it!
I'll post the plot below just for future reference.

About five years ago Girl A died in a tragic house fire. At least, that's what was reported and that's what everyone in the small town believed. No one knows the real story, nor would they believe it. Her boyfriend, Guy A, was the real cause. Although he was sort of the town's golden boy, he had always had a bit of a temper and one night after they got in a huge argument, things went bad. The next thing he knew, Girl A was lying motionless on the floor. He panicked and set the house on fire to cover it up. Now he lives in a large city where he has tried to move on with his life, but despite his efforts hasn't been able to forget about that day since.
Currently, through a shady contract made with an even shadier supernatural character, Girl A has been given a second chance at life, the main catch being that she must retrieve a soul in exchange for her own promptly at the request of the contractor. The soul she will have to capture: Guy A's (who just so conveniently lives in an apartment down the hall from her's). The task sounds easy enough, but what will happen when she reconnects with him, will it be easy as she thought it would be, or will it prove to be much more than she bargained for?

Okay sounds good, I'll get started on mine too.

Okay so I just ended up putting the absolute basics because I'm still very indecisive about how exactly I want this characters personality and such to be, so sorry about that. 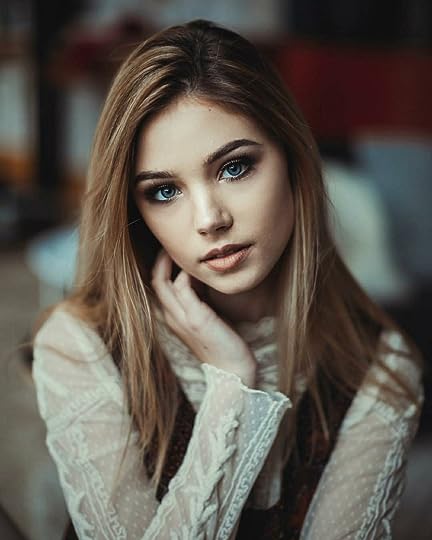 Nice. So where should we start this out at?

Yeah, that will work. Should I start us off or would you prefer to?

One cardboard box. That was what held all of the items that Violet currently had to her name. She didn't even know what it held yet, it's contents were still a mystery to her. At least whatever it was was something that she could call her own, for a person in her position that was a lot to be thankful for.
She breathed a sigh, her arms starting to get tired from holding the mystery package. What ever it is was certainly heavy, that much was for sure. Finally the elevator that she had been waiting for arrived, it's doors opening with a light swoosh. She stepped inside and set the box down with a breath of relief. She had been warned that her stamina would be low for a while, and now she was certainly finding that to be true. As the doors once again closed she pulled the slip of paper that had the floor and apartment number of her destination scrawled on it out of her coat pocket. After a quick glance at it she pressed the number 7 button and slipped it back into the pocket she had just pulled it from. With her attention now free, she had time to glance around her surroundings a bit. Her gaze came to a stop on the metallic doors before her, caught by what was reflected in them : herself. Although it was slightly distorted, she could still pick out the differences that were not due to the surface it's self: her hair - slightly darker and longer than it once had been, her eyes - a murkier shade of grey blue, but most strikingly of all- the birth mark like discoloration of skin that was just parallel to her left eyebrow and almost blended in amongst her hair line. An injury, she had been told, from her death that couldn't quite be erased. This moment was broken as the elevator slowed to a stop at the third floor to pick up a couple more passengers. Violet once again picked up her box full of mystery items and stood off to the side to make more room for the others now boarding.

Whatever you want, I'm not picky at all, lol. Yeah, sorry my first post is always pretty big, should have warned you about that.

Once the people from the third floor had boarded, the doors slid shut with a faint woosh again. Violet watched the buttons light up on the control panel as the elevator passed each floor. Four. . . Five. . .six. As it reached number seven it slowed to a stop with a slight jerk. As she waited for the door to open she repeated the apartment number in her head one more time. She also found herself wondering if it would be fully furnished or if she would have to deal with a practically empty living space until she got a job and saved up some money for furnishings. The doors slowly opened again and she started on her way out of the elevator. She wouldn't have much longer to wonder.

With most of her effort spent on simply holding the box, Violet had little else to spare for noticing things around her. Her attention shifted for a mere second as she came close to colliding with another person who was boarding the elevator. She would have offered an apology of her own but with that attention shift, one of her arms threatened to give out and she had to focus on the box once again to keep from dropping it. It wasn't ultil she was out of the elevator, the doors once again closed behind, that she registered that she recognized the person she had almost collided with. She turned and stared for a moment at the now closed elevator doors. This time the box did drop from her hands, hitting the floor with a thud accompanied by the sound of something fragile inside shattering.

After a moment Violet recovered enough to grab the box once more and hurry towards the correct room number. Once there she set the box down and struggled with getting the key to go into the lock properly for a minute. Finally she heard the audible click of the door unlocking and picked up the box again, going inside and shutting the door firmly behind her. Now, behind the safety of the closed door she let out a long breath, leaning back against the door for support. Of all the people and places in the world why did he have to be here?