Mod
This is the thread for our December Read around the World book, where we will be visiting France with The Nightingale by Kristin Hannah 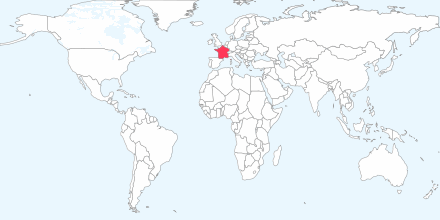 The Nightingale
Despite their differences, sisters Vianne and Isabelle have always been close. Younger, bolder Isabelle lives in Paris while Vianne is content with life in the French countryside with her husband Antoine and their daughter. But when the Second World War strikes, Antoine is sent off to fight and Vianne finds herself isolated so Isabelle is sent by their father to help her.

As the war progresses, the sisters' relationship and strength are tested. With life changing in unbelievably horrific ways, Vianne and Isabelle will find themselves facing frightening situations and responding in ways they never thought possible as bravery and resistance take different forms in each of their actions.


Kristin Hannah
Kristin Hannah is the award-winning and bestselling author of more than 20 novels including the international blockbuster, The Nightingale, which was named Goodreads Best Historical fiction novel for 2015 and won the People's Choice award for best fiction in the same year. Additionally, it was named a Best Book of the Year by Amazon, iTunes, Buzzfeed, the Wall Street Journal, Paste, and The Week.

The Nightingale is currently in production at Tri Star, with award-winning director Michelle MacLaren set to direct. Home Front was optioned for film by 1492 Films (produced the Oscar-nominated The Help) with Chris Columbus attached to write, produce, and direct. Movie news on The Great Alone is coming soon.


This is an open discussion so feel free to join in with prompts and questions of your own, as well as any thoughts on the book. Happy reading

I've started this but I'm not inclined to finish it!

I've started as well. Only a few chapters in and still too early to tell much. I don't think the writing's very good, but characters and plot can normally make up for that.

What about is making you not inclined to read the rest?

It's the writing which is putting me off! I'm finding it a bit "sentimental". I'll probably keep going.

Mod
Reading reviews of this, I've found that it is one of those drastically hit or miss books with my group of goodreads pals. I personally really enjoyed it. The story, from what I remember, continuously develops and I was really drawn in.

Mod
At the moment I'm still leaning towards the 'miss', I have to say. But I'm only a third in still.

So far still no real problems with the story so far but the writing is, as Anne says, a bit sentimental and melodramatic for my tastes. Which has a knock on effect in how annoying I find the main characters.

I finished it the other day and decided I enjoyed it because I did want to know what happened to the characters, but there were also a few things about the writing that I took exception to. Not enough to spoil it though.

Mod
So I finished. And it's definitely a miss from me.

This book embodies pretty much everything that puts me off historical fiction - mawkish writing, melodrama, the author throwing every single historical event (or Nazi atrocity in this case) into the path of the characters, stupid insta-love plot line, and main characters who are so special and unique and not like the other women that it comes off as shaming the actual women who lived at that time.

I could have done with approximately a million less references about how beautiful/impetuous/wonderful/perfect Isabelle is. Like I got it, Isabelle is clearly meant to be a better, more perfect, heroine than all the real women who worked in the French resistance because she is blonde and pretty - that's what the point of the book felt like most of the time. Even grosser as Isabelle's plot is clearly inspired by a real woman, Andrée de Jongh who was not a super hot blonde.

I would love to read a decent novel about the French Resistance, especially on all the awesome women who formed a part of it. This wasn't it. It felt like WWII was just a melodramatic background chosen for the author to manipulate the most sadness from her audience.

There's the seed of a great story in there but it's obscured under the weight of description and melodramatic over sentimentality. Less would definitely have been more here - if the author had focussed more on what the main characters actually did (which was pretty damn heroic!), and less on their inanely repetitive internal thoughts (mostly about the men they did/didn't love) it would have been a much stronger novel.

The word count could have been basically halfed by cutting unnecessary overdescription and repeated phrases. The lush descriptions of food the characters are preparing whilst claiming the same characters are in fact starving and unable to obtain food was just ridiculous. What we were told and what we were shown just didn't match.

I read this book a couple of years ago and had given it 5 stars. Since this was our group read selection, I thought I may go back and re-read it. I found myself reading a number of reviews instead. Reading both the good and the bad reviews, I find myself reevaluating my rating. When I think back on it, and I totally agree with you Louise. It felt like WWII was just a melodramatic background chosen for the author to manipulate the most sadness from her audience.
Yet I won't change my rating because there must have been something going on in my life at the time that I needed the escape the book gave me.

Mod
Haha Sophie! This is EXACTLY what happened to me! I found myself questioning my rating, and I do remember reading a lot of non fiction and textbooks at the time, so I think that the book was an "easy" read for me at the time. I was almost ashamed of myself but also, like you, I decided not to change my rating because it was honest at the time. If I re read (which I most likely won't) then I may write an amended review. The comments and reviews of my trusted friends and book club members makes this highly unlikely though :D

This was a 4 star read for me when I read it. A hit, but not a home-run sort of hit for me.

The Nightingale (other topics)