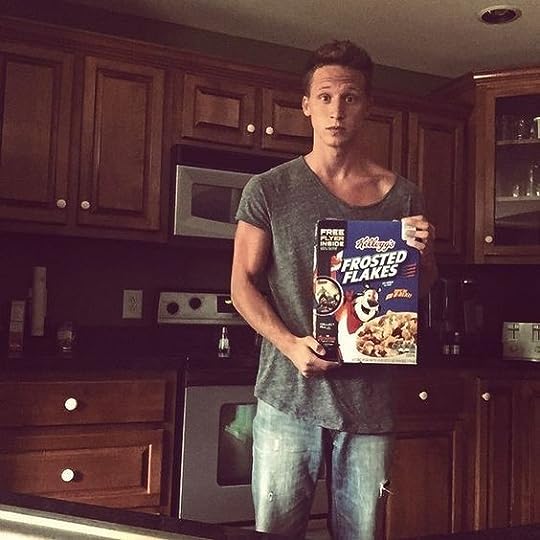 Where's the real me?
Alex's hair is wavy, light brown, his eyes are blue, and his body type can best been described as tall and lanky. At just over 6 feet and only 171 lbs, Alex isn't necessarily imposing, but he isn't exactly a stick, either.

Alex has very little concern for his appearance, in general, and usually opts for comfort over aesthetics. The most common hallmarks of his wardrobe are well worn jeans, loose t-shirts, baggy hoodies and jackets, and boots or Vans.

OTHER MARKINGS: Alex's left eyelid does not open all the way due to an injury from a car accident, though he can see perfectly fine. It's also something he's a little sensitive about.

"Is that me or the fear talking? I don't know anymore."
Alex is a very warm person and tends to be something of a bleeding heart, feeling compelled to right every wrong in the world. Prior to attending BLA, Alex was known for getting into fights, almost always standing up for someone else against bullies. Now, in order to avoid letting his anger get the better of him, he boxes as a hobby to let out that stress. But corner him or insult one of his friends and he's likely to get hostile, quick.

Despite being forced into the business program by his uncle, Alex's true passion is music. While Alex himself aspires to be a rapper, his favorite genre of music is actually old big band music, with his favorite singer being Frank Sinatra.

Alex actually works very hard in school and since the death of his parents, he tends to take life very seriously, cherishing every moment he has and the people who make it all worth while. AND, the quickest way to his heart is by replenishing his Frosted Flakes stockpile.

"Broken legs but I chase perfection."
Alex is a third generation immigrant and perhaps the most defining aspect of his past is his grandfather. A man that Alex both admired and feared growing up, the late Igor Emmich immigrated to the United States in the 20s to escape persecution as an Russian Orthodox priest.

Originally settling in New York City, Alex's father moved to a small city outside of New York after earning his engineering degree. Alex grew up going to family events and learning all about his fmaily history and Russian heritage. As the grandson of a priest, he also grew up quite religious.

Unfortunately, his relatively picturesque family came crashing down shortly after his 14th birthday when a car accident took his mother and father from him. Although he was in the car, Alex sustained only minor injuries and recovered fairly quickly. In the end, Alex was sent to live with his uncle, Alexander.

Over the past 3 years, the 2 have grown to respect one another's differences and find compromises whenever possible. As a wealthy, educated investment banker in NYC, Alex's uncle is pushing him to get involved in business after high school and pressured him to study it at BLA. The compromise that finally made Alex's uncle agree to let him attend was that Alex would study entertainment industry business in college. Alex has been in attendance at BLA for 2 years.

Single. He thinks he's bi and really wants to explore those feelings with another guy. However, he's still far in the closet and is terrified of his uncle finding out.
Family at the academy: None
Friends at the academy: TBD

★ Alex is fluent in English and Russian
★ Alex generally just goes by Alex with English speakers but his nickname among other Russian speakers and his family is Alyosha.