This topic is about This Bed Thy Centre
16 views
Hamilton-esque books, authors.. > Pamela Hansford Johnson

Mod
Thanks to Mark for mentioning this elsewhere..... 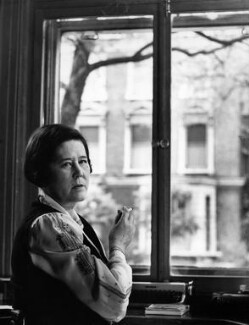 Hodder & Stoughton are about to bring a slew of novels by Pamela Hansford Johnson back into print this autumn. I’ve been wanting to read her debut novel, This Bed Thy Centre [originally published in 1935] ever since Five Leaves brought it back in a limited print run in 2011, alongside The Furnished Room by Laura Del-Rivo, Baron’s Court, All Change by Terry Taylor, and Adrift In Soho by Colin Wilson as part of their Beats, Bums & Bohemians editions.

"Rediscover a classic gem with Pamela Hansford Johnson's THIS BED THY CENTRE, the explosive, defining novel about sex in 1930s London.

Delve into the world of Pamela Hansford Johnson through her explosive, banned debut, This Bed Thy Centre. . .

Sixteen year old Elsie Cotton, who lives with her widowed mother in south London, wants someone to explain to her what sexual intercourse is. Her mother won't tell her, and nor will her teacher; her boyfriend Roly is only too willing to show her, but fear of the unknown and her understanding of the potential consequences stop her.
As she and Roly continue their courtship, it becomes clear that the only way Elsie will take the leap into bed is if they're married...

This era-defining novel - which was banned from Battersea library on publication - explores down-at-heel south London in the 30's and attitudes towards sex. The Daily Express said at the time:

'Miss Johnson will be able to write when she has persuaded herself that there are other things in the world besides sex.'

Luckily for Miss Johnson, this was the debut novel that was followed by 27 other novels in a career that ended in her being called 'one of Britain's best-known novelists' by the New York Times."

Pamela Hansford Johnson was born in 1912. As a novelist, she gained recognition with her first novel, This Bed Thy Centre, published in 1935. She then went on to write 26 more novels throughout her life, ranging in genre from romantic and high comedy to tragedy, and the psychological study of cruelty, with themes centred around the moral responsibility of the individual in their personal and social relations. She was also a well-respected critic, a leading Proustian scholar, an essayist, a playwright, a Fellow of the Royal Society of Literature and a CBE. She died in 1981.

I was a bit puzzled by the link but then tried this one instead.
https://www.goodreads.com/author/show...
I've read two of her books, one, Cork Street, Next to the Hatter's was a huge disappointment but the other, An Error of Judgement was excellent and made me want to read more.
I did wonder from my brief study if humour was just not her forte but apparently The Unspeakable Skipton was her most popular book.


CQM wrote: "I did wonder from my brief study if humour was just not her forte but apparently The Unspeakable Skipton was her most popular book."

That's reinforced by the Hodder & Stoughton link which states....

Delve into the sparkling and satirical world of Pamela Hansford Johnson with this wickedly funny tragicomedy about a destitute English author living in Bruges.

Living in near destitution in Bruges, once successful British author Skipton is skulking in a café when he spies a group of well to do countrymen on holiday. Surviving on payments from his long-suffering publishers for novels he has no intention of delivering, and money from an elderly aunt, he spies an opportunity to swindle the tourists. But when an Italian aristocrat arrives, Skipton recognises an opportunity to earn even more, and conspires with a Flemish antique dealer to sell him a convincing fake. But will the conman himself be conned?

'If this is not a great book, then I don't know what greatness is.' Edith Sitwell 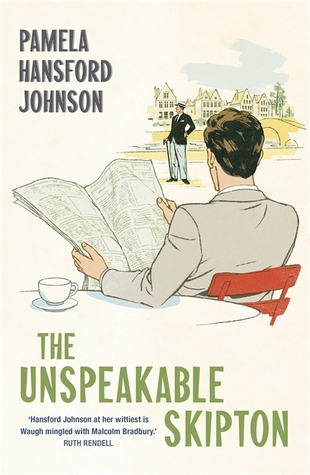 
CQM wrote: "I did wonder from my brief study if humour was just not her forte but apparently The Unspeakable Skipton was her most popular book."


It does sound good doesn't it, maybe Cork Street, Next to the Hatter's was a blip, or maybe I was off when reading it.
Anyhow I'd definitely recommend An Error of Judgement, that's a fine book.
https://www.goodreads.com/book/show/2...

Although reading back over my review I can't promise I wasn't drunk when I wrote it!

Mod
Great review, but, as you say, perhaps you had been imbibing

Thanks for chiming in, CQM -- I may as well order a couple of these titles when they all come out next month, particularly An Error of Judgement.

Mark wrote: "Thanks for chiming in, CQM -- I may as well order a couple of these titles when they all come out next month, particularly An Error of Judgement."

I can't tell you how much I dislike the pressure of a recommendation...
I'll be a nervous wreck until your hopefully 5 star review is posted.

Mod
Anything less that five stars CQM and....

An interesting article about This Bed Thy Centre on the London Fictions website...

I’ve just about finished reading her debut novel, This Bed Thy Centre, and have no problem recommending it. I’ve enjoyed it as much as a 53 year-old American male in 2018 can enjoy something written by a 22 year-old English female in 1935.

I’m looking forward to digging deeper into her works.

Mod
You're on a roll today Mark


Thanks again. This Bed Thy Centre duly added to the list of essentials 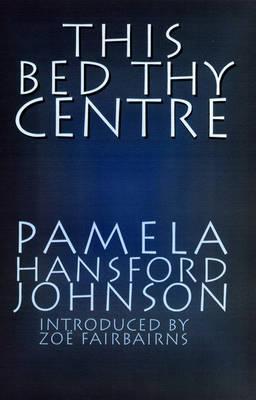 Despite having read three of PHJ's books and only enjoyed one I have, rather predictably, just purchased a second-hand copy of This Bed Thy Centre*. Can't resist a book from this period that's set in my own stomping grounds...

Ah, well done, I’ll look forward to hearing how you go with it. As it was her first novel, written barely out of her teens, there’s a certain naivety mixed with the charm.

Mod
Bravo CQM, I look forward to you musings too.


I have also had a look around at second hand copies of This Bed Thy Centre with about £7 being about the cheapest I have come across so far.