Mod
We lost the Hugos and it was AWESOME! Plus we have great news about a new novel coming from Rivers Solomon, and a new ebookstore from Wal-Mart. Plus we kick off Slan by A. E. van Vogt and our final thoughts on Jade City.

I actually think Veronica was correct in pronouncing Tiamat as "Tee-a-mat". At least that's how I've always heard it in the context of D&D.

Mod
Phil wrote: "I actually think Veronica was correct in pronouncing Tiamat as "Tee-a-mat". At least that's how I've always heard it in the context of D&D."

I'm good with that.

I Googled, and most Youtube "pronounce" videos agree with Veronica; those that don't go t-AH-mat.

Veronica actually pronounces things correctly a lot of times when she or Tom correct her pronunciation. It's like she's got this rep to uphold...

Slan is the 2nd oldest book we've read: (Age listed is age of book when read by S&L)

Frankenstein was 200 years old.
Slan is 78 years old
and The Hobbit was 75 years old

The Hobbit was published 3 years before Slan in 1937.

My kindle offered me the ability to scroll my books instead of flipping them and I kneejerked a hard HELL NO on that. I’m pretty scrolling results in my skimming and not taking things in. Flipping pages, I feel, is a foundation of my reading mindfully. 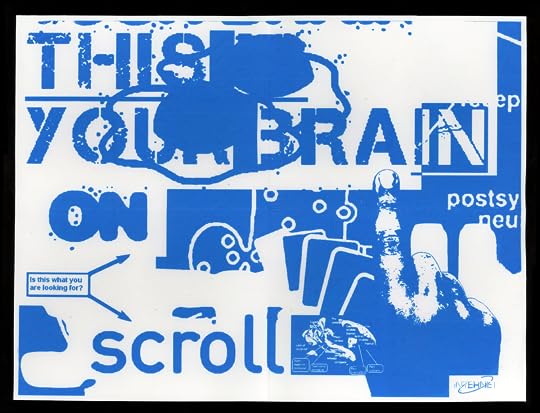 So Veronica want to read more short stories like the The Secret Life of Bots by Suzanne Palmer ? It looks that being a Hugo Finalist has given the Supreme Sword more hidden power because today The Best Science Fiction of the Year Volume 3 is only $1.99. And it includes The Secret Life of Bots.
https://www.amazon.com/gp/product/B07...

I thought Veronica pronounced Tiamat correctly, too. Is this one of those words where the “correct” pronunciation differs from the common one?

I’m thinking of words like “flaccid”, which was originally pronounced as flack-sid, but has evolved into flass-id. Probably because the latter sounds more like what it means.

Or maybe it’s a regionalism?

Oh, that reminds me... When I was in college I worked at a fast food place called G.D. Ritzy’s which sold ice cream — it was sort of a mash-up between Wendy’s and Baskin-Robbins. One day a guy came through asking for sherbet. I replied, “Sorry, we just have ice cream, not sherbert.” He pulled up to the window and said, “Just FYI, it’s pronounced ‘sure-BET’ not ‘sure-BERT’.” I replied, “Actually, the dessert you’re looking for is pronounced ‘sore-bay’. Sherbet is and sherbert are dialectical variations which actually reference a different food entirely. But here in Ohio we call it sherbert,” Closed the drive thru window on his face. Don’t come to my house and try to school me, pal. :p

I've always pronounced it, "TEE-ah-maht" but as a person whose name is frequently mispronounced, I'm sure Tiamat answers to either.

Dara wrote: "I've always pronounced it, "TEE-ah-maht" but as a person whose name is frequently mispronounced, I'm sure Tiamat answers to either."

I just assumed she was the goddess of carpet troubles.

Here's a simple way to tie a mat. 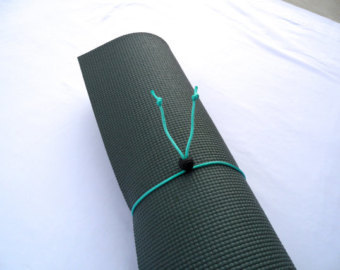 Mark wrote: "Here's a simple way to tie a mat.

“PUT DOWN THE PUN! YOU HAVE 20 SECONDS TO COMPLY!”

Yes, my authoritative source for the proper pronunciation of Tiamat: