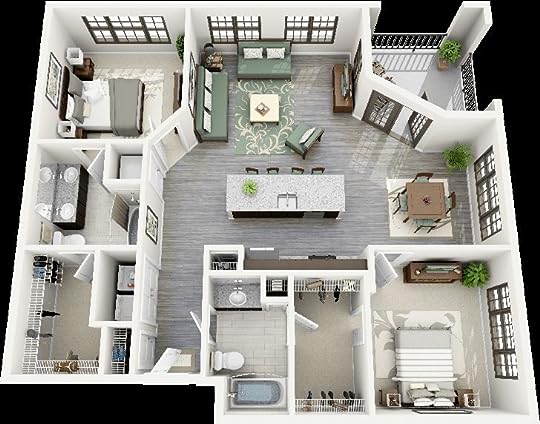 Morgan woke up and got out of bed rather quickly. He brewed some coffee and grabbed the morning school news letter at his front door. Walking toward the patio, coffee in hand and careful not to spill a single drop, the breeze caught him by surprise. The sun was shining into every window and the breeze seemed perfect with the crisp morning air. However, for the professor walking around in his night shorts the breeze wavered his grasp on the mug allowing several drops of the hot brew to splash over his legs and feet. "Damn it!" He cursed aloud having no mind for his neighbors as they were all adults with few to no children in their quarters. Even though, it felt like only days ago when he graduated he still felt the ages creeping onto him. He felt empty for some reason and he felt a void within him. If Addermire was facing dangers it couldn't be recognized. The only problem that Morgan was facing this early was hot soaked shorts and sticky feet with quickly evaporating sugar puddles all over his patio. He downed the remaining swallow of java and turned for his shower. Even if he wasn't in his true Kelpie form the water still seemed to relax him. He didn't know how he was even going to get started this morning. He felt as if he were in a mental fog.

Morgan got out of the shower and dried off. He moved t his walk-in closet and started to pulling on some briefs and pants. He decided to go with a bluish-grey tone for his suit. He pulled on his vest after buttoning his shirt. Slowly he tucked the shirt tails into his pants and zipped up. He stood in front of his bedroom mirror for at least an hour getting his hair ready and shaving where he was the scraggliest. He finished shaving and threw his towel to the floor as he finished tying up his neck tie he started brushing his teeth. From there he pulled up black socks and slipped his black leather shoes on. He pulled a brown leather belt around his waist, careful not to miss any of his pants loops. Morgan finally felt his day was almost ready to start. He felt so groggy as if something was holding him back while something else was pulling him forward. Sitting at his dining table he watched the students in the courtyard filing toward the school for their morning courses. Slowly, he began to cut open a pomegranate. He glanced over the school news letter finding nothing interesting being published. A few warnings of criminal activity in Syracuse and a few memorials for those lost and forgotten. Did that just say that the chess club was going to the championships? Oh, they were short two people before they could enter...That sounds more correct. He brewed another cup of coffee before finishing his fruit and paper. Finally he was ready to get the day started it wasn't going to take long to get it over with. Today he only had three classes which meant the shopping weekend was nearing and he would probably be placed as a chaperone to the younger students able to enter Syracuse.

Not only did Morgan have a passion for teaching students to be better people, but he also had a passion for children. If love ever found him, in whatever form it might come, Morgan would adore the raising of children of his own. He never found too many people attractive or at least relationship material. He wanted to raise the perfect family and as an adult he had to be a model citizen while also maintaining bachelor status. He wouldn't dream of flirting with a student, but he feels each student he encounters has a problem that he can help them face. Some have mistaken this for flirting in the past and had to be shot down rather quickly. Morg wasn't one to seek out love...He just held the hope that it would seek him out and that he hadn't missed it right in front of him already.