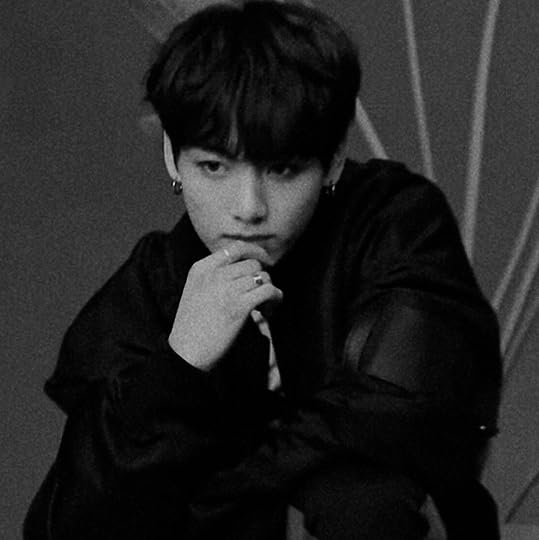 「03.」disposition
━━━
▾ ⋮ personality:
▻ moody. haekyung can go from 0 - 100 in a matter of seconds. he’s usually in a good mood, but he can be affected easily. his facial expression and overall vibe is sullen & serious. his smiles come and go quickly. he’s a bit shy, and tends to avoid confrontations.
▻ honest. haekyung is honest, but not completely blunt. he’s trustworthy and definitely loyal. he respects people usually, and definitely respects himself.
▻ passionate. despite his seriousness, he’s really very passionate about everything he does. he takes time to think about real matters, and when he answers questions they’re usually deeper, well-thought answers. he cares about every living thing. he’s very tolerant and a huge softie inside.
▻ note! haekyung is bisexual. it’s very hard for him to connect based purely off of appearances (though a nice-looking person doesn’t hurt). he usually forms bonds based on emotional connections, and prefers affection. he’s still okay with physicality, though.

▾ ⋮ history:
▻ first off, let’s get some simple things straight. haekyung is a murderer, yes. but that doesn’t mean he’s a bad guy. he seriously regrets everything he’s done.
▻ when he first changed, he was living with his mother, father, and younger sister. he loved them to pieces. when he was five, he went out too late at night, and was bitten by a rogue vampire. it ignited his spark. a few days later, he went to the fridge, intending to get a drink to sate his thirst. he blacked out halfway there. and when he awoke, he was lying next to his family’s corpses. they were drained of blood, but he felt warm and light. he felt wonderful. he skipped off to his grandmother’s house, and then the grief fully hit.
▻ his grandmother raised him, fully aware of the spark in his blood. she brought him lamb’s blood from the butcher’s shop once a week. she herself was a pixie, but she didnt want to send him to the institute. he helped her, and he was such a sweetie. eventually, though, her health began to deteriorate, and she came to her senses. she finally enrolled haekyung in addermire.
▻ haekyung’s transition to school life was hard. he’d never been in a controlled environment like that before, and every second of the day he could smell all the fresh, young blood around him. there were a few bullies, but he paid them no heed. until the night where he was especially thirsty, and a tremor passed through. he accidentally killed his nemesis in the boy’s bathroom. no one knows it was him.
▻ the tremors are affecting him for the worse; he’s distancing himself from people in the terror of killing another, overdrinking his share. of course he’s drunk before without killing, but it’s easy for him to lose control. he doesn’t want it to happen again.