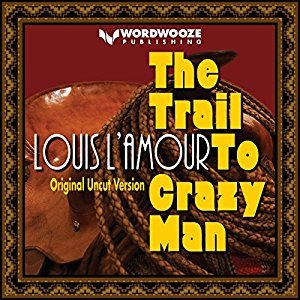 The uncut, unrevised original text, as L'Amour intended it.

Rafe Caradec had been raised to a hard life in a hard land where death lurked behind every bush and in most men's eyes. Only his courage and his gun had sustained him. That and the unflinching honor that had earned him the respect of every man.

Now, that honor was about to lead him into deadly danger against the greatest odds he had ever faced. For Rafe had given his word to a dying man and could not go back on it. The man had been murdered by a cabal of greedy ranchers who wanted his land, and Rafe had sworn to protect that land for the man's wife and infant daughter.

But when he told her his story, the wife didn't believe him. She knew someone was after the ranch, and she thought it was Rafe. So she betrayed him into the hands of the very men who had killed her husband.

If Rafe Caradec lived, he would have to wage a one-man range war against impossible odds, with a woman who wanted him dead waiting if he survived.

This edition is based on the original magazine version of this novel as Louis L'Amour first visualized it. Trail to Crazy Man was published in the July 1948 issue of the pulp magazine, West. Later, he lengthened the story for his book publishers and changed the title to Crossfire Trail. Some of his fans consider the novels as he wrote them for the magazines to be stronger than their subsequent expansions. L'Amour and other fans disagreed. Both camps agree that the original versions have all the strengths of his best writing and a taut, fast-moving pace that never stints on characterization.

This is the audiobook edition, so we can only provide you with a promo code that will allow you to download an audio copy from Audible.com. You or anyone else interested need only contact us via the link in our post to request that a code be sent. That is the only option.

Hi,
I am extremely interested in this audiobook, but unfortunately I cannot use Audible.com with the email connection I have. So that won't work for me. Which really kinda stinks, since when I saw you were offering this audiobook I was really excited about getting a review copy of it and possibly featuring it and your website on our blog. Oh well. :-(

Jim:
I sent a message via the link you provided but did not get a response. Is this offer still valid? If so, could you please email me a code?

Lance wrote: "Jim:
I sent a message via the link you provided but did not get a response. Is this offer still valid? If so, could you please email me a code?

I tried to post a promo code in a message on your Goodreads profile but got a response that you're not accepting messages. Try messaging me in my Goodreads author profile and see how that works. Otherwise, try http://www.wordwooze.com/contact.html again. Sometimes messages forwarded from there get lost, which is what must have happened previously, but usually they come through.