↳ Completed characters will be posted here to await approval. If a character is not approved, then that means the character is not following the proper quota/guidelines. Add as much information as you please. 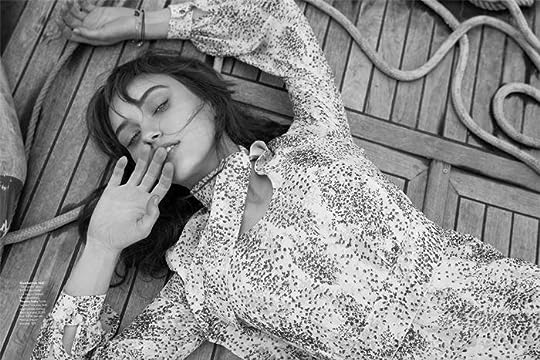 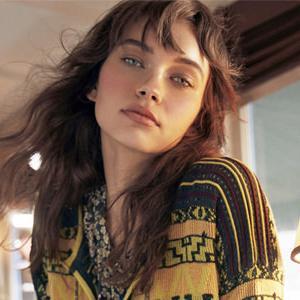 ABOUT : margo is the kind of girl

STATS :
that's beautiful in appearance and

strengths | compassion + strong
personality. she has a magnetic

weaknesses | easily frustrated
aura, and people can't help but be

abilities | foresight
drawn to her like a fly to light. she

extra | 23. fem. pan. counselor.
doesn't use her personality for her

face claim | sophia tatum
advantage, though, and remains a
genuine and protective person. now, here's the thing about margo. as the daughter of apollo, it's no doubt that she got some part of her power from him, as all of her siblings do. but while her siblings are masters of archery and music, margo is stuck with the foresight ability, and is quite literally a human oracle. she can see glimpses of the future at any random time, and always ends up with a migraine or overall pain in her head. yay. 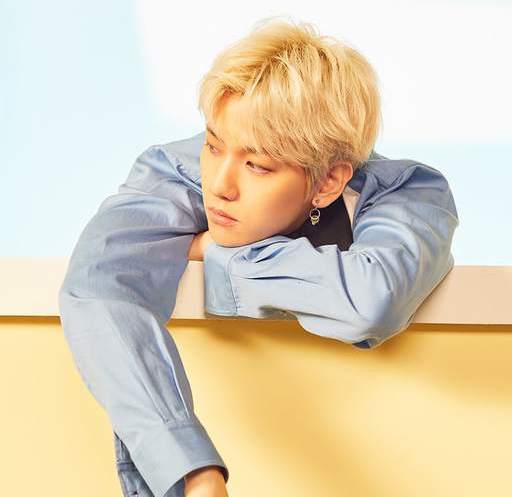 daeshim grew up with a single father and two older siblings, from a past marriage. he was the baby. on his birthday, he always wished for them to be happy, and kissed each of his family members on the forehead before they went to sleep.
and then, he was dead.
without knowing, he’d accidentally re-written their memories. he was just a strange boy in his father’s kitchen, unknown and faceless. he was taken to the local daycare center, and when no one picked him up after a day and a night, the teachers called the foster care system. he told them his name, and they turned white. daeshim cheong? isn’t he that boy that fell off the bridge?

after living alone, haunted by his own ghost, he was eventually found by his mother and guided to the camp.

daeshim, as mnemosyne’s son, has memory powers. his powers, though, is one of the reasons most of the campers avoid him. he is able to affect, alter, re-shape, and add to other’s memories, but it never goes how he wants it to. instead, what usually happens is not what he intends. he can wish for a small thing while touching somone (his powers require physical contact) and their memories will change to accommodate that wish, even if he was just making a note in his mind. sometimes, daeshim’s powers just completely backfire and wipe numerous people, including himself.
and it’s not getting better, even with practice.

daeshim has a rather strange personality that deters most. he’s quiet and muted. he’s incredibly secretive, and has high walls built around his heart — he doesn’t let anyone in. if someone ever took the time to get to know him, they would be surprised. he’s really just lonely. he’s quite friendly and incredibly loyal; he just needs someone to show it to.
the fact is, though. no one would ever try to get to know him.

daughter of the titan of the sun, Helios

power to gain a little energy from direct sunlight

BASIC INFORMATION hannah is 23 years old and the most openly gay person you’ll ever meet. She has long, dirty blonde hair and is tan from all of the time she spends outside. She’s as caring as the day is long and will drop anything to help someone in need. She’s an extreme pacifist unless the fight is against what she would consider to be true evil- the man in red. She isn’t very useful in a fight-both because of her ideals and her physical strength- but she has the most basic self-defence skills because her parents made her take a class when she was a teenager. Her heart’s greatest desire is to help those who need it and to make the world a better place however she can. Despite her passive attitude and lifestyle, she has the bravery of a lion. She’s very strong in her beliefs even though she could be considered overly optimistic and sometimes naive about the real world. She would stand up to any evil no matter how dangerous if it meant saving an innocent life. The only thing she refuses to battle for the good of humanity is spiders. She’s terrified of them and will start shaking if she’s anywhere near them. At a first glance Hannah is a silly airhead, but on a closer look there’s a sharp gleam of courage in her eyes.

BACKSTORY hannah was lucky enough to grow up in a happy and safe household with parents who loved her. Her mom and step dad knew what she was before she was even born, and they swore an oath to each other that they would love and protect Hannah no matter what happened. After the man in red gained control, Hannah was again lucky enough to have a power that was very easily hidden. She got a proper education and was raised to be the best person she could possibly be before she left her home when she was 18. She loved her parents but she didn’t want to put them in harm's way any longer.
Hannah traveled across the country to help lost and endangered demigods find a safe shelter or camp. People saw her as a ray of sunlight shining down on a world of darkness and despair. She was offered a permanent spot at almost all of the safe places that she came across, but none of them felt like her final destination so she continued on. She helped dozens of kids before she finally came across the camp that she would call her home. She became a counselor there and made it her priority to continue to help demigods find their way.

HANNAH NOW hannah lives to help the new campers feel safe and loved. She wants everyone to feel as though they belong at the camp despite any of their previous life problems. She also helps out around the camp, doing any jobs that others would rather not do. She’s still bubbly and optimistic, making those around her feel like they have a chance at a life beyond survival. She tries to be friends with every single person in the camp, but some people find her attitude to be too much. She would die for anyone in the camp, and she hopes that they all trust her the way she trusts them. 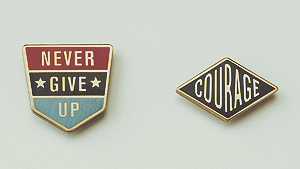 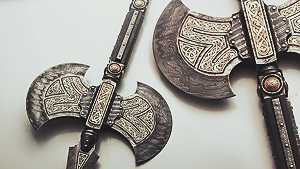 Theme: Dashboard // Modest Mouse
Description: Luc is one of the younger training instructors at twenty-one. Standing at 5'9", and usually a clueless look on his face, he often gets mistaken for a camper. With the bulk and fighting finesse he has, he often gets mistaken for an ares camper. He is none of those things but, much to the annoyance of other instructors, will preen every time the mistake is made.
Personality: A dumb sweetheart as most people know him to be. They're not wrong; he's not smart and he's quick to empathize and care wholeheartedly. His low intelligence should not be mistaken for complete stupidity, though, as his particular skills lie more in his resourcefulness, less when it comes to overall strategy and more so to do with a sharp intuition and quick reflexes in battle. While he is generally helpful and unassuming his heart harbors a deep selfishness that has been the root of more than a few incidents. If he has any hobby or passion to name it would be working out and sparring, as bland as he is afraid that makes him. He is a closet romantic but remains so awkward around people he likes or admires he hasn't had a chance to realize this about himself.
Connections:
▹ n/a

Theme: Poison // Girl Friend
Description: Damien's fighting days are behind him and he's no longer the fighting fit camper he used to be. Still, being 6'1" and a little on the lanky side make him a little more impressive than he has any right to be. His admittedly goofy grin and easy-going, gentle manner dash any chance of him being imposing, though, so he just does what he can from behind the firing line and tries to battle the real threat-- the inevitable trauma that every camper suffers from.
Personality: While not one to dance around social graces and intricacies, Damien manages to inject just enough casual confidence into his interactions to avoid much awkwardness. While blunt he is not insensitive and won't push any moment too far, much preferring the comfort of companionship over how interesting a little verbal sparring can be. That being said, he does love a challenge and can get quite competitive over the smallest of things, making him easy to provoke. He is slow to anger or show irritation and isn't used to being anything more openly aggravated than being a bit terse, trying to laugh off or talk professionally about personal issues. Most likely to be the one adult trying to impress younger campers with his water bottle flips and strenuous dabbing abilities, if a little ironically.
Connections:
▹Helping badger's Cora
▹Vexed by bit in love with badger's Stefan
▹Close friends with cosmic's Margo

History: (view spoiler)[
Damien bounced around a few foster homes growing up, but none of his experiences were particularly terrible. A little isolating and very detrimental to his self-worth? Perhaps, but never anything genuinely terrible. It was in his last foster family that he met a demigod, at a time when the man in red was only in the public peripherals. It was as though, suddenly, this person with manifested powers was providing him an answer to both his sense of abandonment and the strange things that Damien could make happen. He was the son of a deity, and they quite clearly would have kept him if they could. Damien and his foster sibling were found and began the trek to the camp, only for the foster sibling to disappear a few days into the journey. She was never found, and Damien has since realized that was likely the first stirrings of the red man's ideologies that would've caught her.

Damien was an average camper, nothing spectacular but doing his best. His weapon of choice was a short sword, never quite capable enough to also wield a shield, but his powers and his genuine care for other people made him well-suited to helping others, so he jumped at the chance to become a physician at the camp.
(hide spoiler)]
Description: While he tries to do more than just soothing his patients' dreams, Damien is most aligned to help with issues regarding elusive or uneasy sleep. He has the bad habit of becoming too involved with the lives of the camper's who he helps, feeling their pain and falling into the foolish trap of empathy. It is a side-effect of experiencing the dreams of others first hand and trying to help them fight their personal demons.
Abilities: ⅰ. Dream Walking, a strong form of telepathy in which both the user and the applicant must be asleep, Damian uses it as a way to diagnose and then help willing campers; ⅱ. Dream Inducement, while it is significantly easier if the target is willing, Damien can weaponize his sleep inducement if required, but it must be initiated through touch to the target's head and only lasts a short time; ⅲ. Dream Manipulation, something he considers a waste of his own energy and a waste of sanity from the person he is using it on, manipulating dreams is extremely difficult and precarious, with a simpler option being to suggest the dreamer take control of their own mind, if they are willing.