{a} rebel without a cause, is there any better way to die. charles as always been the type to step into a fight just to throw some punches and never to think things through beforehand. being this way, he's gotten himself into a few things over the years and has given himself the terrible nickname he takes with pride: raven. he even says this himself, "makes me the sign of death to those who fear me". raven doesn't care which side wins, the only thing he truly cares about is his own wellbeing. but with the whitefangs growing stronger every day, he's started to get a little angry with those kingdom takers.

{b}orn to a mother who died while giving birth and a father with an alcoholic problem on february 18th in blackridge, charles never got to live the life of a well-fed and well-kept child. growing up, he had to steal food from vendors and eat rotten food in order to keep himself alive. he was lucky to have a home to stay in, that was for sure but even that wasn't the safest place on earth. charles' father would come home drunk as all hell just to beat the living crap out of his son, and that's what stopped the boy from coming back. ten years later and charles had finally had enough of eating out of vendors. getting a job at the age of fourteen wasn't something that was common so the boy took a different turn: killing people. it never made him feel good or guilty went he took a life, so why not? for the next five years, charles earned his name raven and was claimed the angel of death multiple times by the kingdom. it didn't matter who he killed, but it did matter why. most of the time it was to rob the drunken people wandering the streets at night, sometimes it was just for fun. now, he doesn't even remember why he started. all that he knows is this: never stop killing. 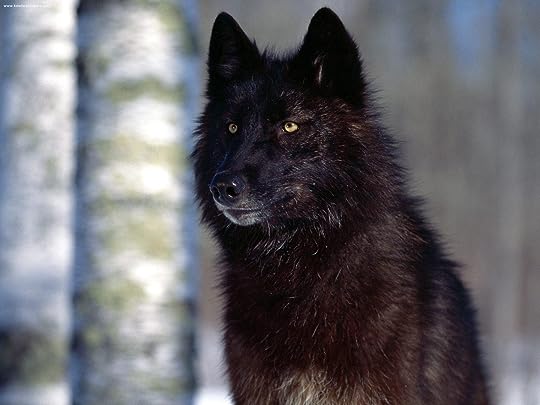 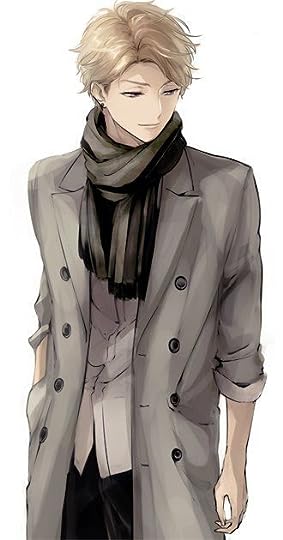 (hide spoiler)]
(view spoiler)[set relationship with james bennett, amber's character. she has all rights to him. (hide spoiler)]

miles is one of those kids who grew up in a moderately rich family, not rich enough to make a statement, just enough for all those "trinkets and toys". he's fairly strong, minded and physically, and is quite brave to be completely honest with you. nothing makes miles more happier to be hanging out with his friends, especially james, even though he tends to act a little, well weird around him. miles pays it no mind, he knows how he grew up and accepts it. other than bravery and strength, miles is also very kind and comforting. courtesy of his mother, miles never tends to back down from helping someone out and calming someone down. the guy can get nervous around certain people especially the white fang members but will hold his ground unless violence starts to get involved.

born in blackridge under a strong minded, caring mother and a father that had suddenly disappeared from their life, miles grew up with a decent childhood. his father was soon claimed dead and all of his riches flowed straight into his mother's pockets due to the will he wrote them. miles and his mother were overjoyed at the news and suddenly started using the money to build back their lost life. they soon had a beautiful cottage and some farm animals in which they had two servants take care of everyday as well as take care of them. miles got an education to read, write and spell from his mother and grew up into what you would call a "fine young man". he started making a few friends around the kingdom being he would have some support in his messed up town. from then till now, miles has been doing okay. nothing bad has happened to him except the rebellion starting and the whitefangs taking over. he doesn't care about it at all, nothing at all.


appearance(view spoiler)[kuria is quite short, standing at a whooping 5'5" which makes him seem much younger than he actually is. his head is covered with constantly messy black hair that seems to always be covered with a brown hat. his eyes are a bold green, but seem to always be closed whenever you might look at him. he wears a brown poncho that matches his hat and pants and is constantly also wearing a blue tie. (hide spoiler)] || northstar; member ;whitefang

weapons ; abilities(view spoiler)[kuria always carries a dagger with him, just to keep himself safe. ; kuria only has one ability and he can us it surprisingly well. body immobilization is his ability and he uses it quite often. his ability allows him to freeze up to five people in their place for a max of two hours. (hide spoiler)] || personality ; history(view spoiler)[kuria's personality is all over the place, but to break it down for you, we'll say its a bit crazy. kuria is always so full of himself, especially when he uses his ability. ask him about it and he'll never stop talking. kuria also tends to do things that don't seem necessary to others, but seem that way to himself. makes him more of a turd. also, kuria is always being found in weird places, all the time. think he's at the bar? wrong, he's up in a tree ; born in northstar to a couple who were once guards but were deemed useless by the kingdom, kuria was surrounded with the thought of the whitefang from birth. soon, his parents helped their leader take the throne, teaching kuria all he needed to know about the whitefang and all the "stupid and selfless rebellions" that surrounded them and always seemed to be the bad guys. once he did turn 18, he finally joined the whitefang ranks, filling himself in as a member. he's currently trying to rise farther into the ranks, but it doesn't seem like he'll get any higher any time soon. (hide spoiler)]