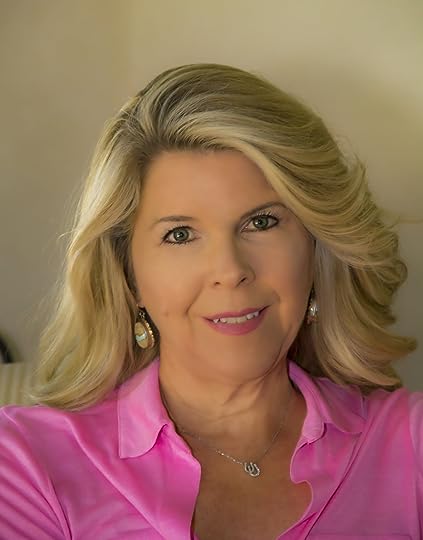 What was the spark that started you on the journey to write Girl with a Gun?

I saw a PBS American Experience special on Annie Oakley. Before I’d seen the show, I’d always thought of her as a “goody-two-shoes,” almost cartoonish character. When I saw the special, I was so surprised at the depth of her intelligence, her talent, and what she had to overcome in her younger years. She became hugely famous, and it never impacted her integrity. Aside from the fact that she had a career that most men craved, and she could outshoot all of the men in the Wild West Show and beyond, she was also incredibly philanthropic. She felt that every woman had a right to defend herself and taught thousands of women to shoot. She had some pretty tough obstacles to overcome in her life, but she always did so with courage and integrity. She was just a bad-ass woman, although she never thought so. She is a great role model for all women, young and old.

Can you talk a little bit about the relationship your fictional character Annie Oakley compared to the real-life Annie Oakley?

I did extensive research on her but changed some of her history to suit the story. In this historical series, the character Annie Oakley is an amateur sleuth. It was interesting and exciting to imagine how she would have reacted to being compelled to solve murders. Given the scope of the Wild West Show’s travels, and what Annie did for a living, I thought the world she lived in would make a perfect setting for murder and mayhem.

Even in real life, Annie Oakley did not live the life of an ordinary woman in 1885. She learned to shoot at the age of seven or eight and helped put food on the table by shooting game. When she was older, she sold the game she shot to the local mercantile to bring in money for her family. Given what we know about her she was smart, gutsy, and incredibly talented at something a woman rarely pursued—sharpshooting, and she bested most men in the field. She also was a woman of integrity and philanthropy and she deeply cared about humankind. One of the more challenging aspects of taking the real Annie Oakley and creating the character of Annie Oakley was trying to figure out her flaws and what kind of inner conflict she might have gone through.

If you met Annie Oakley today, what would you ask her?

Oh, so many things! I would want to know more about her life in show business, about the people she met, her travels, etc. For a number of years, she traveled the world with the Wild West Show. The show was large, with hundreds of performers, animals, and crew. They lived in tents and occasionally stayed in hotels. They met and performed for world leaders and royalty. I’m sure they had some pretty interesting experiences.

They also traveled to the southwestern United States, and I’d like to know more about that experience because I’m a New Mexico native and have lived in the southwest most of my life.

Are there any more Annie Oakley books in the works?

Yes, I’ve written a prequel novella to Girl with a Gun called Shoot Like a Girl that will be released in September. It’s about a time in Annie’s childhood that was particularly difficult for her. To help support her family, she was farmed out to a couple in a nearby county. As an adult, she never talked about her experiences with them, but she referred to them as “the wolves.” I thought it would be interesting to explore her year with them and craft a story around it.

The second book in the series titled Peccadillo at the Palace will be released May 7, 2019. Annie and Buffalo Bill’s Wild West Show are invited to Queen Victoria’s Jubilee celebration in England. On the voyage over, one of the passengers dies under questionable circumstances, and Annie’s husband becomes gravely ill. It soon becomes clear there is a looming threat to the Queen. Evidence leads Annie to believe the incidents are related, so she sets out to discover the truth.

Tell us about your giveaway.

I’m giving readers the opportunity to win one of three copies of Girl with a Gun. Post a comment below to be eligible. Good luck to all the readers out there!

Like most people I've heard stories of Annie Oakley and her shooting abilities but never considered her as a real person. I would find it interesting to find out more about her.

WOW, this sounds like a great idea for a series! Very interesting!

I knew of Annie Oakley but not much about her. Your description of her real life sounds very interesting. And your book sounds great!

Mod
Beverly wrote: "I knew of Annie Oakley but not much about her. Your description of her real life sounds very interesting. And your book sounds great!"

Mod
Debbie wrote: "WOW, this sounds like a great idea for a series! Very interesting!"

Thanks, Debbie! I'm having fun it!

Hi, Kari! Enjoyed this interview and all of your posts so far this week. Definitely have your book on my TBR!!!