Stuffs for my characters! (and for other people if they want to take a look)

「01.」 Supernatural
━━━
I believe that laughter is the best calorie burner 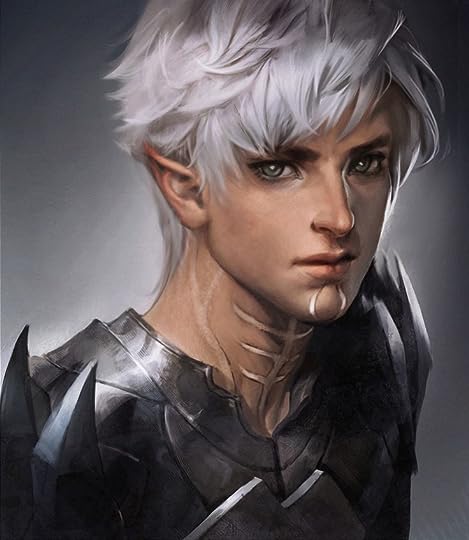 Standing at 5'10 Chase is about average for a boy his age. Some people tend to think that since he's a Faerie he should be about as tell as their ring finger, which is totally untrue. Faeries, like Elves are the same height or taller than the average human being. He is extremely pale and burns easily. He has scars on his face from something but no one is quite sure what, they have been there since he was a baby and even with healing powers, they have never seem to go away. (ignore the armor in the picture)

Wings: Of course Chase has wings like any Faerie except he only has one fully functional one. His left wing is mangled and slightly twisted. It works mostly but he flies slower than most Faeries and it tires him out quickly. Faerie doctors report that he was born that way and just like teeth can come in crooked, so can wings.
(view spoiler)[ 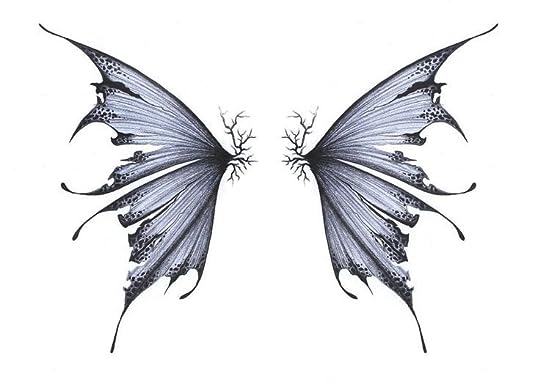 this is what both wings would look like if they were perfect. The left one is twisted slightly downwards and has a jagged tear across the top (hide spoiler)]

I am going to stand outside. If anyone asks, I am outstanding!
「02.」Age: 15
━━━
▾ ⋮ place of birth: Just outside of Syracuse

I'm not clumsy! It's just the floor hates me, the tables are bullies and the wall gets in the way!

「03.」Disposition
━━━
▾ ⋮ personality: Despite Chase's Moon influence, he is by no means like many of those born to the moon. If he were to be described in a few words they would probably be sensitive and positively fluffy. Although fluffy probably isn't used often as a way to describe a personality, it probably is the best way to describe Chase. He is constantly smiling and loves to make people laugh. Even if he is a bit of a trickster he only plays tricks that make people smile and his objective is never to hurt anyone. When Chase laughs, it's infectious. He practically radiates happiness wherever he goes. Cheerful and chatty, he is willing to spark up a conversation with anyone wherever he goes.

Believe it or not, despite his chatty personality, Chase can be rather shy and quiet. When it comes to crushes, Chase is an absolute mess. He mumbles, stutters and blushes like crazy every time he is put face to face with someone beautiful and over is absolutely embarrassing. He can also be quite quiet when situation call for it. He is always happy to shut up and listen to someone's problems if they need it and often has to go off on himself to recover from a long day of socializing.

Chocolate is natures way of making up for Mondays

Everything you want is on the other side of fear
Fears:
-Being alone.
Since Chase was a kid, he always had this fear of being alone. He used to hate going to sleep because he always thought that everyone was going to just disappear in the middle of the night and leave him all alone. That fear although he has gotten it under control has never truly gone away

-Dogs
While he simply dislikes spiders, he has an actual fear of dogs. No one quite knows why and a fear of any animal is quite unusual in the nature driven Faeries. It makes things a little difficult when surrounded by students who are also werewolves

-Falling
Born with a mangled left wing, flying has always been scary for Chase. While his wing is functional, he is always afraid that one day it will give out and he will fall to his death.

What if I fall? Oh, but Darling, what if you fly?
▻
▾ ⋮ history: Overall, Chase lived a pretty normal life. Living in the outskirts of Syracuse he doesn't know much of the mundane world and he is quite okay with that. Although his not biologically related to his parents, he treats them as though he was and he loves both of them very much. When Chase was 18 months old, he was adopted by a Faerie couple, Anna and Lauren. The neighborhood they lived in was a mix of Pixies, Faeries and Fairies so he grew up surrounded by people like him. The only difference was that most of his neighbors were that they were influenced by Sun only. No one quite knows where Chase came from, but they quickly began to figure out that he was more inclined towards the dark side of abilities. Luckily it seemed that he was on the weaker side of most Fairy magic so he didn't do too much damage.

Everything was pretty good until Chase turned 13. Before then the most damage he had were normal things for most kids. Broken a hinge on his door when he slammed it too hard, chipped an expensive china dish. The one big thing was that he was never allowed near the garden. Plants and him didn't seem to get along very well. With just a touch he had managed to kill all of the tulips in the garden and after getting into an argument with Anna, their daisies had turned into wickedly thorned plants. These were small things that signified his darker influences. When he turned 13 though, it got out of hand. He hadn't killed anything get besides a few plants but his parents were getting worried. His Faerie manipulation skills were also getting out of hand, and he could seriously hurt someone eventually. Both him and his parents agreed that it was time for him to go somewhere were he could learn how to control his abilities. Many Faeries had gone to Addermire, and within the year he was packed up and heading off to the Institute.

I'm not perfect. I make mistakes... I hurt people.