Mod
The next book on the history list by Bauer is David Hume's History of England, Vol. 5, and she suggests the Liberty Fund edition; but I disobeyed and bought a version "edited for the modern reader," by William Berry.

Hume's History of England is a six volume set, but Bauer wants us to read volume 5, which begins with the line of Stuart kings. Hume believed in limits on royal power, but he disagreed that the English had always been free. Because of his arguments, he was accused of supporting the monarchy (maybe too much).

There are some inconsistencies in his facts; nonetheless, as an historian, he believed in being "true and impartial," but it was also important to be "interesting."

Well, this looks to be a long one. As for me, I think I am going to need to take two months to read this. So I aim to finish up at the end of September. Jump in anytime you want to and let me know if you will be reading this one with me.

The History of England in Three Volumes, Vol.I., Part E. From Charles I. to Cromwell

I have the Liberty Fund volume at home, but I also have this on Kindle.

(That "in three volumes" has to do with the edition that Project Gutenberg used, a cheap American edition which continued where Hume left off. I have no idea how the publisher squeezed Hume's six volumes into one. It must have been the size of a phone book).

I have wanted to read this for a long time, and would love to read it with a group, but I have committed to a lot of other reads this month, so I will see.

I imagine it is pretty dry.

Mod
Yikes! I hope not. Hoping this "modern" edition is helpful.

Well, when you get a chance to read it (I'm taking at least two months -- which could turn into three???), you can always join in or add to the conversation when you want to. It's always open. 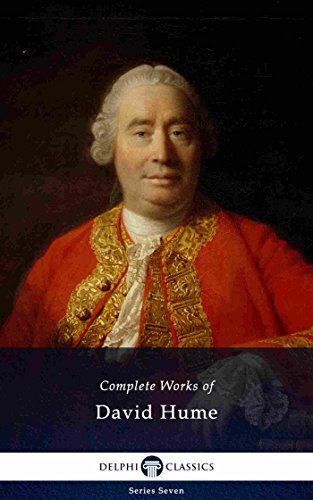 Well, when you get a chance to read it (I'm taking at least two months -- which could turn into three???), you can always join in or ad..."

Do you know if William Berry edited the other volumes as well or if it is a work in progress? Any particular reason that he chose volume 5? The reviews on Amazon seem promising in terms of readability!!

Edit: I just learned that Hume wrote volume 5 & 6 before the other four volumes! 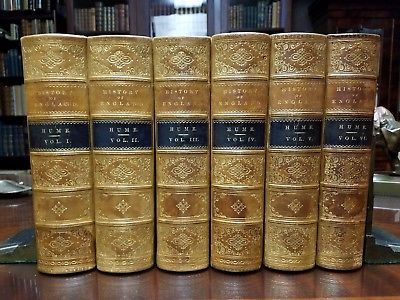 Mod
Haaze, the only volume I can find edited by Berry is Vol. 5.

Thanks GBS! Hopefully he is working away at the others.. :)

The History of England in Three Volumes, Vol.I., Part E. From Charles I. to Cromwell (other topics)