Would love to get some input on the latest version of my cover and blurb. Thank you so much.

From the Valley of Orchids

In the Kingdom of Yamato, a snow monkey named Saru begins to think with words. Although he cannot speak, he is drawn to an enchanted temple where he learns to read and write. There he meets the demon monk Akame, whose infernal magic destroys everything Saru loves.

Fleeing the temple, Saru discovers Otari Village, a settlement of kind people who welcome him into their homes. But the village is not the peaceful place it first appears. Its citizens are plagued by ghosts and wicked men who would exploit his powers.

To protect the villagers, Saru must journey into the past to uncover his incredible true nature. There he learns of ancient dark forces which threaten the whole realm. With Akame’s return looming, will Saru manage to save the village, or lose everything yet again?

A beautiful and terrifying epic fantasy, From the Valley of Orchids, is the first book in The Legend of Saru series. 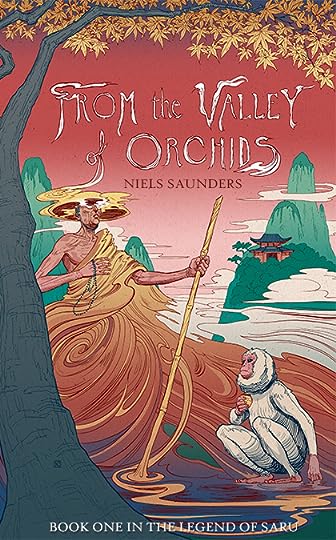 At a minimum you should link back to your earlier post:

I think would be better to continue that thread, as then the people that commented there would be notified.

For me, I think I like the first cover better. I think the second blurb does a a better job. The second title has a strong literary vibe to me.

Are you intent on self publishing or still querying? Because if querying, agents and publishers generally want your debut to have a clean ending, though love the potential for a series.

You're right, it would have made more sense to continue the old thread. Will do that next time.

Have been through the querying with no luck, so it's self-publishing time. "Beautifully written but not commercial enough".

Thanks for your input as always!

At least you got an MS request to get that comment.

Have you looked at small presses, particularly ones that focus on literary work? Getting anyone to find out about your self-published book is hard, getting them to purchase it is even harder. A publisher has a network in place to market and advertise, so perhaps that could be worth some of your time to explore.