Feel free to use any template in order to create your characters. Try and get the main elements in there, but don't feel the need to write reams and reams of stuff. (I trust you) If you have any questions that relate to character creation please ask a moderator or refer to the rules in the information section. You will have to ask a moderator for approval before roleplaying so leave a message on the approved character thread and someone will look at your character.

Mod
Approved! Will updated the list when I get to laptop! 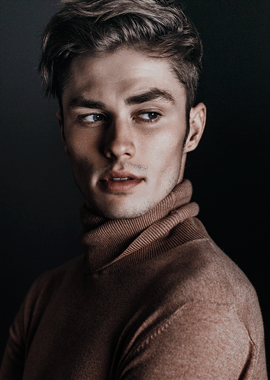 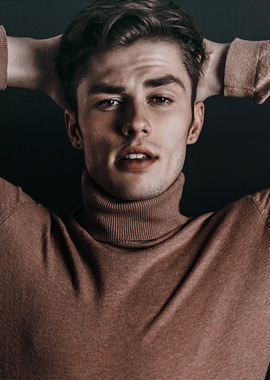 Ren is charming in a rough around the edges kind of way. With his easy smile and roguish demeanour he find it easy to draw people in, and just as easy to push them away. He's faced some hardships in his twenty five years and as such can come across as bitter or hard done by. On the outside he appears cool and collected, laid back and occasionally cheeky. But on this inside he's a roiling void of anger, fury and grief, all barely contained beneath his attractive visage. Ren has lost a lot and it shows, look too closely into those blue eyes and you might just witness some of the sorrow that keeps him awake at night. He's hot-headed, quick to anger and dangerous when cornered. Despite these volatile traits he's incredibly determined, constantly seeking justice for the death of his older brother. Ren cares deeply about his family and will stop at nothing to protect them, even if it means breaking the law in the process. Though his moral compass may be a little screwed, Ren believes that he is doing the right thing, even if it means manipulating people along the way.

Ren was born in Galway, Ireland, the second born son of a military man and his school teacher wife. From an early age Ren wanted to be just like his father, to serve in the army and fight overseas, to return a hero. His schoolyard games were war reenactments, young boys racing around the playground and using sticks for weapons. Ren grew up in awe of his Dad and everything he worked for, consumed by a desire to follow in his father's footsteps. His older brother, James never had the same ambition, but that wasn't to say he was without aspiration. James was a creative soul and wanted to be a playwright, to use his words to tell stories up and down the country. Ren has fond memories of evenings sat in the family living room, sprawled out on the rug as James read his ideas aloud. The two had a wonderful childhood and in time a sister - Grace, came to share in their games and stories.

Ren was always protective over Grace, even more so when the older children tried to pick on her. Both James and Ren were quick to intimidate anyone who so much looked at Grace the wrong way. A trait that stuck with both boys even as time passed and they grew older. For a time Ren's life was easy and unproblematic, but the death of his father sent him spiralling down a dark path. It was November and Ren was fifteen. He was pulled out of class and found himself sitting in the headmaster's office, flanked by Grace and James, with his sobbing mother sat in the corner. Through tears she had told the children what had happened. A roadside explosion. Their father had died instantly. Ren barely remembered the days that followed, a blur of sorrow and anguish, hours spent trying to comfort Grace or drag the bottle from his brother's grasp. The funeral was the worse thing Ren had ever endured, in spite of the military honours and the proud comrades standing by Ren still felt cheated. His father had been taken from him, it was too brutal and too soon.

He barely made it to school in the months that followed and eventually bailed out at the age of sixteen with a handful of GCSE's and no idea what he wanted to do. James continued with his writing and in time moved to London, he claimed he needed to escape Ireland, to leave those tragic memories behind. The two boys fought about it, but eventually Ren let him go. A year passed before Ren heard from his brother again, James was putting on a play in London. He wanted Ren to attend. And though Ren was feeling angry and isolated and abandoned he travelled to London to see his brother's work. The play was a story of two boys, of one who went to war and one that stayed behind. It was tragic and haunting and beautiful, and it sought to remind Ren of what he'd lost. Not just his father, but his brother and also his own sense of purpose. He met James for a drink after the show and the two began the process of mending their relationship. A week later Ren returned to Ireland, intent on signing up to the army and making something of himself.

At eighteen Ren was a qualified member of the armed forces, ready to serve in his first tour. He travelled to Afghanistan, serving in the same province as his father before him. Ren was successful, a good soldier with an enormous amount of potential. He might have gone on to become a Captain were it not for the news of his brother's passing. Ren received a letter from his sister and was called immediately back home. He met his sister in London and the two of them flew to Scotland to identify James' body. He'd been researching a story in Glasgow and had been killed in a hit and run - a drunk driver. They'd tracked down the man eventually, some big shot land estate owner who bought his way out of a jail sentence. The man's name was released in the papers eventually, Marcus Aldridge, patriarch of one of Scotland's richest families. Knowing Marcus would never see the inside of a cell, Ren left the army and set about enacting his own revenge. He wants to destroy Marcus and bring down the Aldridge family for what they took from him. Ren wants to see justice for the death of his brother, his closest friend. 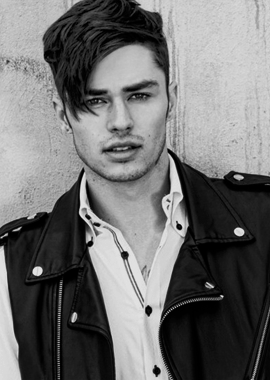 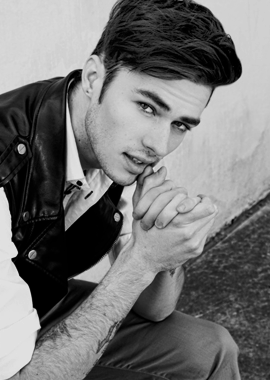