Addicted to YA discussion

Mod
Hello Addicted to YA! 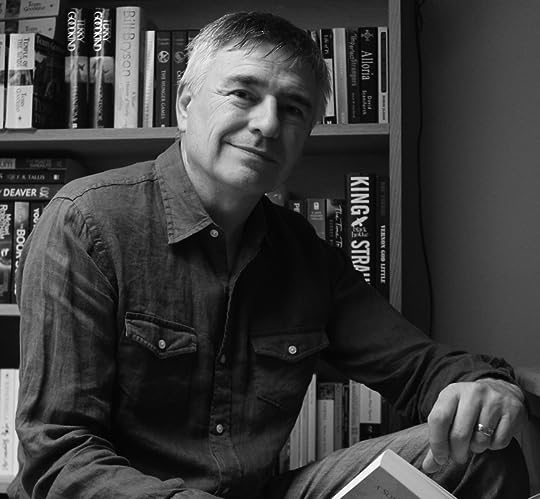 Author Bio: David Staniforth is a child of the sixties, born in Sheffield, England, and spent most of his working life in the printing industry as a graphic designer and high-end reprographic technician. Following redundancy in his late thirties he went to university with something to prove, having failed at everything but art and technical drawing while at secondary school. Surprising himself more than anyone else, he gained a first class honours BA in English studies. He then embarked on a lifelong ambition of writing the kind of novels he loved to read. Those early years of employment didn't go to waste, as David gains much pride and enjoyment from designing and creating his own covers as he does from the writing of the words they envelop. As well as writing, David now works part time as a library assistant.

David launched his first novel of a fantasy trilogy, Fuel to the Fire, in December 2012. After publishing the second book Ruler's Desire, he completed the trilogy in March 2014 with Elemental Cascade. March 2013 saw the launch of Alloria, book one of the Labyrinth of Labyrinth series. Book two of this series Eye of Dominion was launched in August 2015. In April 2014 David branched into a different genre and launched his first psychological thriller, Imperfect Strangers. After this first thriller sold way beyond his wildest expectations, reaching thousands of sales rather than hundreds and for a short time reached number 57 in the overall top 100 Amazon book chart. Naturally, he was encouraged to write another thriller, and launched Void in January 2016. All of David's books have been self-published in the UK through the Kindle Direct Publishing programme on Amazon, where they are also available in paperback. 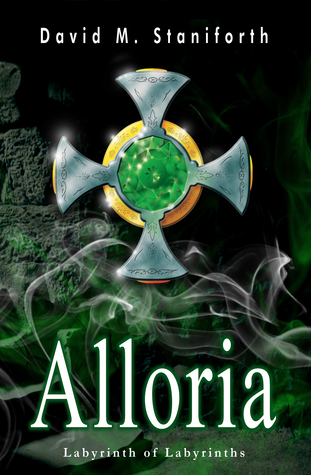 Book Description: On her tenth Birthday Alloria discovers her true identity is a mystery.

Her adoptive parents return to her an amulet they took from her after finding her in their cellar, bare footed and clutching a rag doll.

Exploring the cellar and discovering that the amulet opens a mysterious labyrinth, Alloria embarks on a quest in search of answers, a quest that flings her into an adventure brimming with danger, pain, love, magic, and brutal honesty.

The magic begins here… and that's the TRUTH! ​

Do you have a Guilty Pleasure book?
PS I Love You

What is your favorite quote?
“Even things in a book-case change if they are alive; we find ourselves wanting to meet them again; we find them altered”
― Virginia Woolf

What is your favorite movie and why?
Matrix. It could actually be true and we would never know.

What is your favorite genre to read? To write?
Fantasy.

What is the best part about being an author?
Having God-like control over a world you created.

Give us an insight into your main character. What do they do that is so special?
Despite being only ten years old, fuelled by the love of her adoptive parents, Alloria takes on the most powerful wizard in the universe in an attempt to save those she loves.

What was the hardest thing about writing your last book?
Getting all the plot points to work as they cross from a fantasy world to our own.


Catch up with David Staniforth and find out more info at the Links below!


Have your own questions for David? Let him know in the comments!!

What is your secret to yarning so many tales in a short span?

Ooh I love that blurb, really draws you in! Nice job, definitely adding it to my to-read list.

Connecting all the plot points is hard for me too, especially the deeper I get into my series lol. And I love Terry Goodkind and Stephen King!